Our food writers share trends they love and ones they could do without. 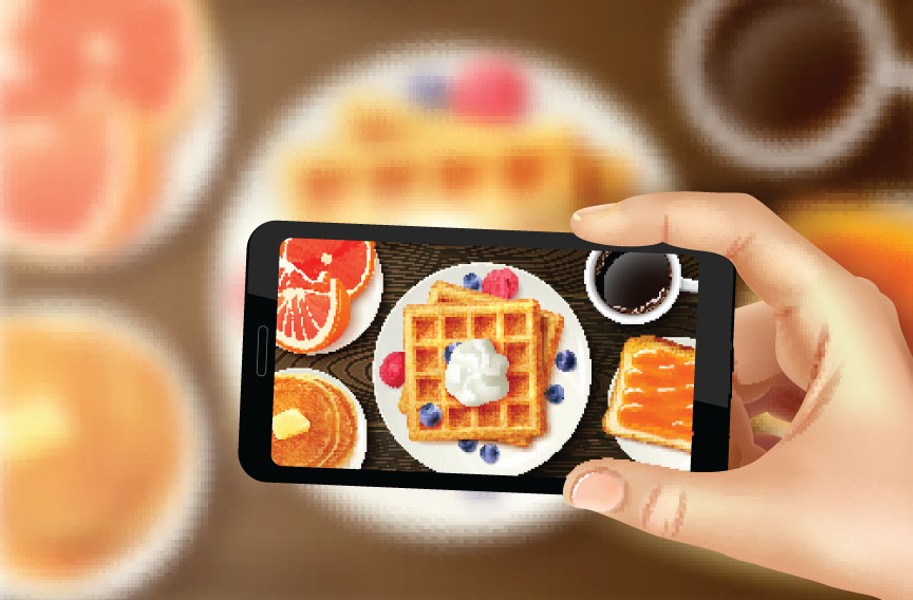 Style Weekly's restaurant reviewers have some thoughts on food trends they adore, and food trends they wish would just die already. I've been delighted to see matcha make its way into more coffee, tea and smoothies, and for the love of god can we all please stop calling ourselves foodies? —Laura Ingles

The Pimento Problem
I may not be a vegetarian, but local restaurants are doing an impressive job of tempting me to ignore meat on a regular basis. From the artichoke, avocado and spinach "nonspaghetti and meatballs" at Lucy's to the charred carrots at Rogue to the pumpkin Johnny cakes with autumn vegetables at Laura Lee's, Richmond chefs are hopping on the vegetable-as-the-star bandwagon. Plant-based dishes with complex flavor profiles are proving that when done with creativity, no one has to be reminded to finish their vegetables.

Chances are this will make me as unpopular as when I said I was ready to see the screen door hit pork belly in the back as it left the building — but one trend I think has overstayed its welcome is pimento cheese. I'm not saying it doesn't have its place in the pantheon of classic Southern food, but its omnipresence is feeling a tad clichéd at this point and Richmond's food scene is better than that. For those whose pimento cheese will have to be pried from their cold, dead hands, we promise to have a pimento cheese revival … in a decade or so. —Karen Newton

I am excited to see so much nose-to-tail vegetable eating. Chefs are using often-ignored vegetable parts, like carrot tops, Brussels sprout leaves and broccoli stalks. This trend is partly chefs trying to curtail the growing problem of food waste, but it's also just what chefs do: They find the cheap, throwaway foods, like chicken wings or skirt steak, and make them delicious and irresistible.
A trend I'm so over? Food as art. Too many chefs aspire to create overly artistic plates that aren't even recognizable as food anymore. Yes, I eat with my eyes, and the plate should be beautiful. But it should also look like something recognizably edible to stimulate the appetite. Put down the tweezers and pick up the spatula. —Phaedra Hise

An Emoji for LaCroix
In last year's State of the Plate, I noted the more offbeat ice cream and gelato flavors at restaurants, often giving me reason to give an emphatic yes when offered a dessert menu. This year, that is very much still happening — this year's Restaurant of the Year makes a different gelato flavor in-house every day — but now the frosty treats seems to be having a moment in more ways than one.

Charm School Social Club has developed a pastel-pretty tribute to the vintage soda fountain, complete with vegan options and nostalgic postcard mural outside. I still need to get over there and try the toasted marshmallow topping. Stoplight Gelato has become a beloved neighborhood gem nearby in Jackson Ward. Nightingale Ice Cream Sandwiches bring the old favorite up a notch with both a substantial cookie and an innovative flavor, and they're all in on local collaborations. Then there is Gelati Celesti. A small business for decades, only in the last few years has it seen this level of transformative success: Celesti now has four locations, a truck, and a satellite ice cream kitchen where the product is made in small batches of everyone's favorites.

Yet, a sparkling beverage that was first produced in La Crosse, Wisconsin, in 1981 as a competitor to Perrier seems no more magical to me than Poland Spring. To be clear, I don't dislike carbonated beverages, nor do I even dislike soda water. I just don't understand how a can with a creative splash has inspired such a cultlike following. Is it because it's sold on Amazon Prime for $5 a 12-pack? Is it because you can smell the flavor emanating from the can before you take a sip? Is it because of the bougie-sounding flavors? I'm looking at you, Pamplemousse. I'm glad you've replaced Diet Coke for so many people, but to you, LaCroix, I still give an eye-roll emoji. —Nathalie Oates

Social Justice Appetite
My favorite food trend? Restaurants tackling social issues. Like continuing to push the farm-to-table envelope and supporting local farms, as newcomer Little Saint does, and the more radical move of Michele Jones and Jason Alley donating 100 percent of Comfort's net profits to end hunger. There are a plethora of models and options for the socially conscious restaurant to use its business to promote a more just and sustainable society. The Black Restaurant Experience is another great example, highlighting black-owned restaurants around the region. The Safe Bars program in Washington, training restaurant and bar staff to spot and interrupt sexual violence, is another example of a restaurant-driven trend to address social issues that could, hopefully, make its way here.

A decade ago, fancy Southern fare was relatively rare, but there's been a wave of appreciation for local farms and local food traditions. This has been great, but I would love to see restaurants break some new ground. How many new Southern meals does one need to eat in a week? Pork rinds, pimento cheese and cornbread are delicious, but we already have enough options. Do something new already.—Matthew Freeman