"Super 8" is a close encounter of the ridiculous kind. 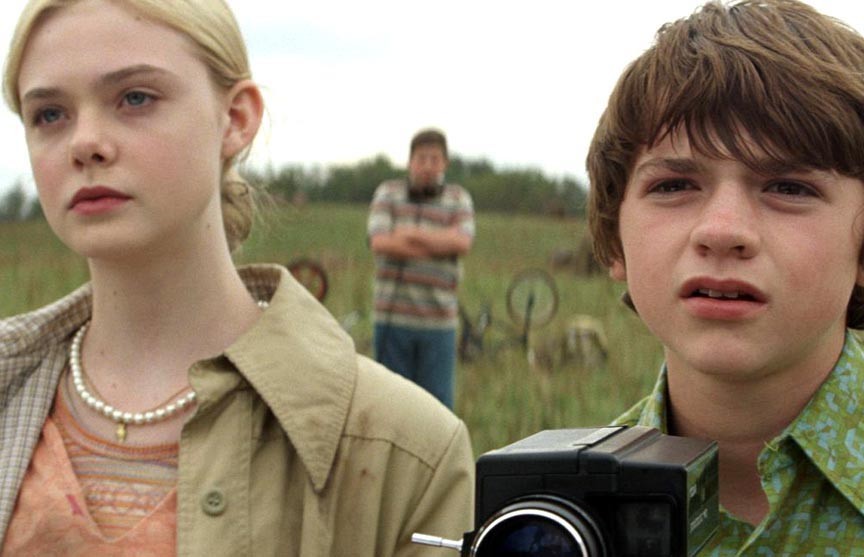 "Super 8" is supposed to be an homage by writer and director J.J. Abrams to movies made decades ago by Steven Spielberg, one of the film's producers. After seeing it, such an idea seems like a marketing gimmick at best, although admittedly it's a gimmick that's succeeded at the box office.

The results on the screen are something else entirely. Rather than a return to the emotionally invested sci-fi of "E.T." and "Close Encounters of the Third Kind," "Super 8" is a fairly typical monster movie — typical for a 1979 drive-in, when the film is set. Maybe this is a new form of postmodernism — making period pictures that are as bad as the worst movies of the period. If so, "Super 8" deserves its acclaim. It's really good at being overlong, overstuffed, confusing, clichéd and frequently tedious, with a baffling conclusion.

The movie begins promisingly enough, with beautiful cinematography introducing us to a set of high-school-age protagonists filming part of their old-fashioned, low-budget movie at a railroad station. Darn the luck: A passing military train blows up, releasing a creature which is now free to wreak havoc. But (and here's where the movie itself goes off the rails) the kids don't know it. For the movie to have any meaning the kids eventually must learn about the creature, but that doesn't happen for a long time — far too long as it turns out.

As we get to know Joe (Joel Courtney), Charles (Riley Griffiths) and Alice (Elle Fanning), many things fail to make sense. The most grating is the contrived feud between Joe and Alice's fathers (Kyle Chandler and Ron Eldard). Alice's father was hungover once and missed work at the plant. Joe's mother took his shift and was killed in an accident. Does that make it his fault? Joe's father thinks so: He doesn't want Joe hanging out with Alice anymore as a result. It's a manufactured conflict, for sure, but one that doesn't factor at all into the movie's conclusions. So why manufacture it? You may wonder why bring it up in a review. Inexplicably, it's a big part of the movie.

You may say: But the kids are really charming and monster movies don't need to make sense. Perhaps, but they do need to generate things like suspense, tension and basic interest. They need a coherent story, impossible when the main characters fail to notice each other.

For some reason the creature and the kids spend most of the movie blithely unaware of each other's existence. This isn't the same thing as the audience knowing there's a bomb in a briefcase when the characters don't. This is a bomb in a briefcase that's miles away while the characters eat pizza at home. They don't even know about the briefcase. A briefcase would be more interesting. It takes well over an hour for the kids to even discover that something crawled out of that train wreck. So much for the movie's title. By the time the kids' Super-8 film reveals the creature, it's already built an elaborate lair, stolen every microwave in town and started drumming with a local jazz group, not exactly waiting around to be discovered.

At this point younger audience members might start to think homage means boring nonsense. Not one but two of the movie's scenes involve Joe and Charles riding their bikes to the film store to get their film developed. By the time the kids find the creature, or the creature finds the kids, it's likely you've lost track of how, and you won't feel like it was worth the wait. The creature is somehow good and bad at the same time. And it's your typical, lame mishmash of arms, legs, tentacles and teeth.

Abrams just keeps piling on, maybe hoping that enough developments will obscure how hackneyed and ridiculous everything is. Nothing the kids do really matters as the military sets fire to the town and evacuates it so as not to tip their hand that something is amiss. But the creature's electromagnetic aura sets off all their weapons (and reloads them?) while delivering the solution or conclusion that could have happened when the military train first derailed. "It's a mess out here, sir," one soldier radios to his superior.