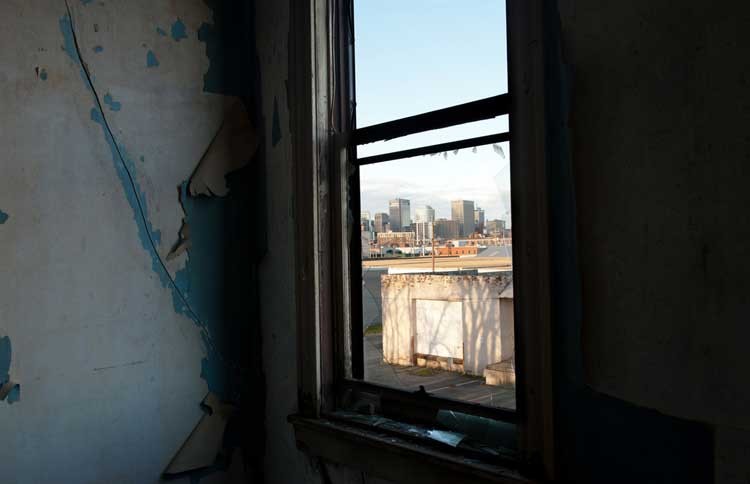 First, they began exploring Richmond’s abandoned and otherwise empty buildings. Then they started documenting their trips on the photo blog Tumblr (decayedrichmond.com). Now the anonymous group of urban explorers known as Decayed Richmond has raised enough money to complete a planned documentary.

In the works for a year, the film is a labor of love for the group, a collection of artists, photographers and others who simply enjoy exploring old buildings and what remains, one member says.

Decayed Richmond’s members don’t want you to know who they are. Where you may see blight, they see adventure. But unused or not, many of the buildings they’ve photographed for posterity are private property. So unless they have permission, their urban exploring might require them to trespass.

Why risk a criminal charge? To bear witness to the state of these buildings after they’ve fallen out of use, says one member, speaking on the condition of anonymity. “There’s something profound about being inside them, seeing all that’s been left behind and forgotten, and just seeing how nature has taken over,” the member says.

But the film isn’t intended as a how-to guide. “We don’t want it to be propaganda,” the member says. “It’s not pro- or anti-urban exploring. More or less we just want it to be a captivating documentary about an urban environment that is somewhat falling into abandonment and whose history a lot of people aren’t aware of.”

For the purposes of the film, that’s meant tracking down rumors of underground escape tunnels and talking with local historians and public officials to understand the stories behind the spaces being explored.

Local publishing company Sink/Swim Press has secured the distribution rights to the film. The group hopes to have the film ready for premier by fall.