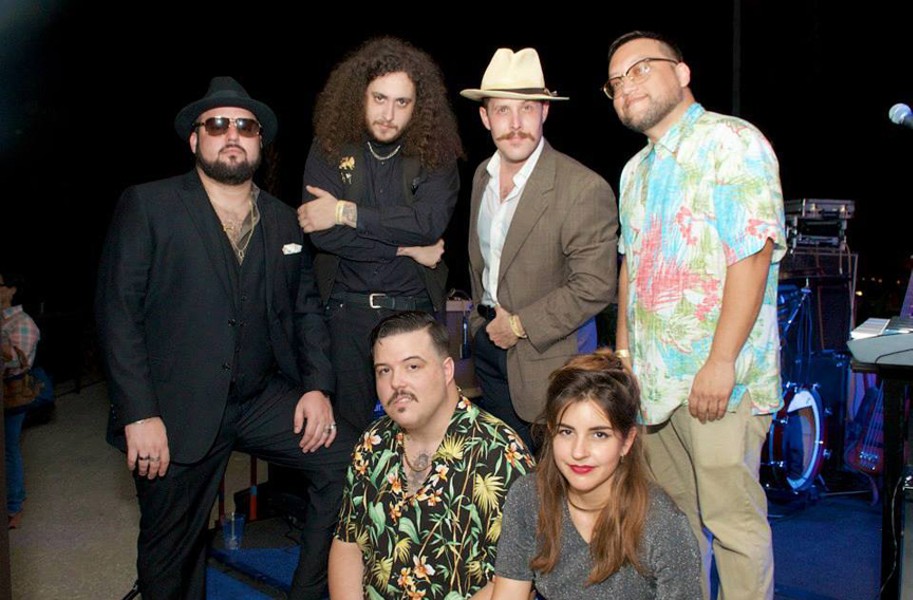 Psychic Mirrors
Disco is back. As my friend Kembrew McLeod argues in his new book on Blondie’s “Parallel Lines” for the 33 1/3 series, disco never got due credit as a quintessential subculture rooted in a queer black and Latino underground. Hailed as Miami’s “greatest funk band,” Psychic Mirrors played Balliceaux two years ago and had the whole room whipped into a steamy, boogie-funk frenzy. The band even made a D-movie, grindhouse-style trailer for its latest omnisexual album, “Nature of Evil,” filled with wavy synth jazz and oozing bass to make that booty work. Led by Mickey de Grand IV (vocals, keyboard, synths, composition), the band’s work is distributed by Washington’s respected Peoples Potential Unlimited. Its first single, “Island Girl,” starts out with tropical “Seinfeld”-bass and peek-a-boo synth spurts before settling into infectious old-school vocal harmonies. If you like to dance even a little bit, peel your eyes from your preferred digital time suck and get down when Psychic Mirrors performs with DJ Sean Lovelace at Balliceaux on Friday, May 27. Doors are at 10:30 p.m. Admission is $5. balliceauxrva.com.