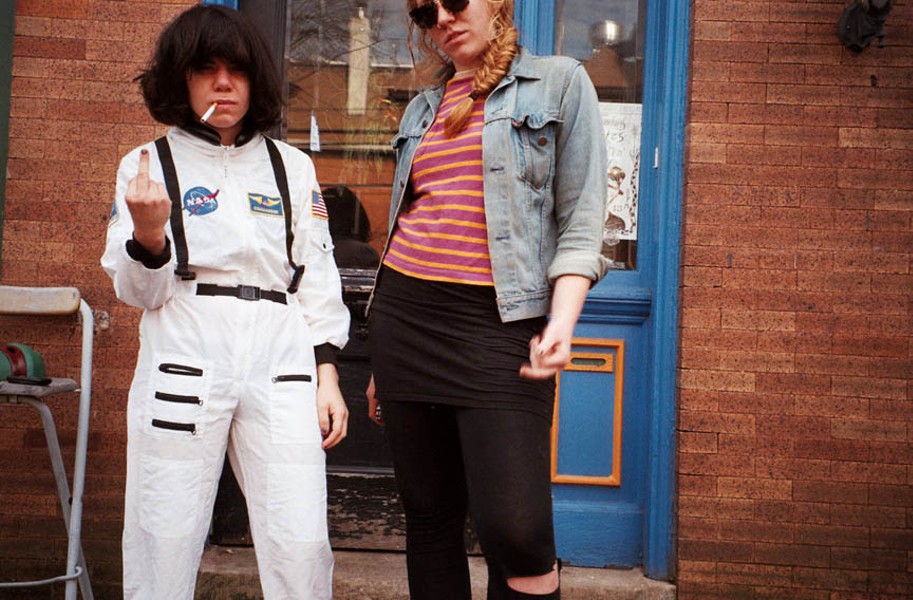 Not many bands sound like the Stickmen. The little-known, spastic rock lobsters from Philadelphia were a blender of jagged minimizations. I bring up the late-great group from the American ’80s underground because punk experimentalists Bad Canoes have more than a little Stickmen in them. All I can figure is that there’s something in the water up there in the City of Brotherly love that makes some its bands so feverishly kinetic.

Despite the similarities, Bad Canoes have a sound all their own. They’re equal parts party and abstraction with an emphasis on keyboard-driven, freak-out fun. This is not music for bum-outs — the group’s post-punked take on pop is a torrent of exuberant enticements I find impossible to resist.