Senior policy advisor and manager of the Office of Children and Families, City of Richmond 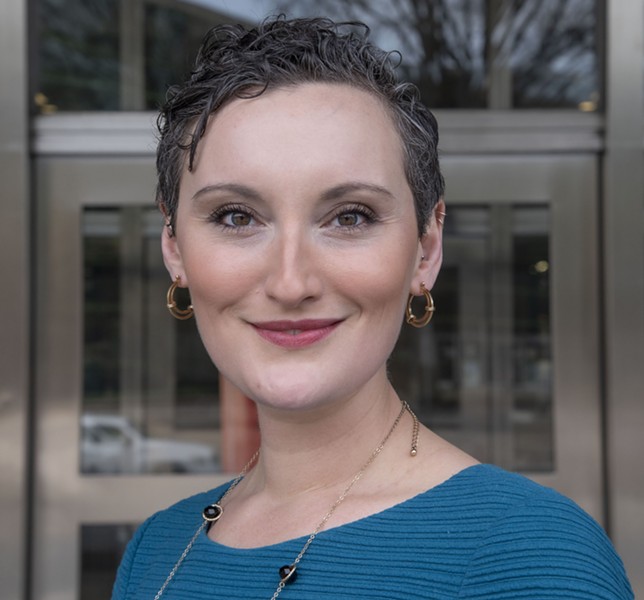 Eva Colen knows something about handling whatever life throws out. When the pandemic hit, she had a toddler and was 28 weeks pregnant. Her husband, a 20-year restaurant veteran, was suddenly unemployed.

Then there was the national crisis of childcare, an outdated business model long acknowledged as unsustainable, which became exacerbated by the pandemic.

“What was exciting were the grant opportunities,” Colen says of leveraging Coronavirus Aid, Relief, and Economic Security (CARES) Act funding. “We set up a network of emergency childcare sites [that] parents could send their children to, so they’d have safe places to do virtual schooling while their parents worked.”

Also a grant of $500,000 from the Virginia Department of Criminal and Juvenile Services was used to address gun violence prevention and intervention. “We provided programming for kids who’ve experienced gun violence,” she explains. “Through mentoring, group therapy and fun recreational activities like videography, children are able to process their trauma in an approachable, non-clinical way.”

A high school English teacher in Philadelphia right out of college, Colen’s career shifted when the school’s principal told her she was a good teacher but could be great at other things. After a stint with educational advocacy group, Virginia Excels, she was appointed to newly elected Levar Stoney’s transition team. That led to the creation of a cabinet-level position in 2018 that prioritized children, families and education. “I had my son in March 2018 and came back from maternity leave to take the new position,” she says. “It’s been a wild ride.”

Stoney’s first term was devoted to universal after school programs, resulting in every elementary and middle school having one on-site or within walking distance. The second term’s focus has been laying the groundwork for free and accessible preschool, a need highlighted by the pandemic. “I’m proud to be part of a team who’ve prioritized increasing funding for RPS and teachers’ salaries every year,” Colen says. “It’s awesome to watch, though it’s never enough.”

With small children and her own childcare issues, Colen can relate to the families she works to serve. “Most of our partners have seen my babies on Zoom,” she says with a laugh. “I’ve had meetings with the mayor with my son in a baby carrier. He calls him Uncle Mayor.”