Escape from the Western Diet

Best-selling author Michael Pollan talks about how we can get back to eating real food. 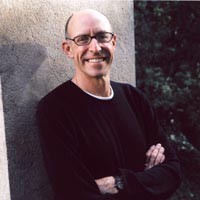 "Eat food, not too much, mostly plants.”

That's the underlying advice offered in the book “In Defense of Food: An Eater's Manifesto,” the latest from best-selling author and national food guru, Michael Pollan.

That and don't eat anything your grandmother wouldn't recognize.
It's not that the author wants to dictate what people should eat, it's just that our heavily processed Western diet has been making us increasingly sick, and Pollan wants to challenge the prevailing nutrient-by-nutrient, reductionist view of food for a broader approach that looks at the health of our entire food chain, the politics beneath it, as well as our personal relationships with food.

Style spoke with Pollan, a longtime contributor to The New York Times Magazine and the Knight professor of journalism at the University of California at Berkeley, from his home in Northern California.

Style: So many people simply can't afford to eat organic or grass-fed animals, so how do we make quality food more affordable?

Pollan: We need changes in policy. Right now, we have a set of government policies that favor the production of industrial food. Most organic farmers receive no subsidies. … if you look at the food system we have, it's the result of the incentives we've set up, basically encouraging farmers to grow a lot of corn and soy, which are the building blocks of fast food. I think if we level the playing field so that farmers are rewarded for growing healthy food, the price will come down. It may never be as cheap as conventional food. …

[But] I also think when you get Wal-Mart involved in organic, for better or worse, they're very good at getting prices down. I just hope it doesn't come at the expense of the farmers.

How would you grade the Obama administration so far?

The moves so far have been mixed. There was an attempt to go after subsidies that was really handled badly and backfired. The idea was to cut direct payment to farmers and use that money to go straight to child-nutrition programs. I think it was a mistaken approach, a zero-sum approach that pitted farmers against hungry children, which is not the way to win over House or Senate Agriculture committees.

The appointment of the number two woman at the Department of Agriculture, Kathleen Merrigan, who started the organic food movement within government, was very encouraging. [Tom] Vilsak was a surprising choice [for Secretary of agriculture] but his moves so far indicate he has an appetite for reform.

In a way, I think the most important thing that happened so far was the organic garden on the south lawn of the White House. It's symbolic, but in this political world symbol and substance are not so different. As soon as that happens you have a conversation in the mainstream media about what real food is, growing your own food, eating fruits and vegetables. I got calls from mainstream television networks saying, “We want to do a series on this food Michelle is talking about — what is this stuff?” I actually think first ladies have enormous influence and they can drive change without attracting attack from the farm lobby.

CSAs are hot right now [Community Supported Agriculture is a socio-economic model in which  you buy shares of seasonal fresh food from local farmers]. What do people need to look for when choosing a CSA?

The right question is not “Are you organic or not?” because there are a lot of really good farmers who are not certified because they don't want to deal with the paperwork, or there's some corner they need to cut in order to survive. I don't rule them out.

The questions to ask: How do you deal with fertility or how are you fertilizing your crops? Are they using chemicals, or composting, or animal waste or whatever? If they're using synthetic nitrogen that's something to consider, because foods grown with lots of synthetic nitrogen tend to be less nutritious and the soil tends to die. It's hard to believe you're really sustainable if you're putting fossil fuel fertilizer on your crops — which is what that is. I would ask the farmers how they deal with pests. Are they using clever crop rotations or spraying pesticide and what kind? Those are key questions.

In your latest book, one of the big themes involves time, and how people can find the time in today's fast-food culture to increase the quality of their food. How do we combat this perception of foodies as effete liberals with too much time on their hands?

Well, the food movement is not a left or liberal movement. It has a lot of support on the right. There is a traditional segment of the right, on the evangelical side, that recognizes that cooking for your children and eating a family meal is an important traditional family value and ceding all that responsibility to corporations is not conservative at all, it's an erosion of traditional values. Rod Dreher of the Dallas Morning News is conservative and a member of this movement. Former speechwriter to President Bush, Matthew Scully, wrote one of the most powerful indictments of animal agriculture we have from a Christian point of view [“Dominion: The Power of Man, the Suffering of Animals and the Call to Mercy”].

I think you're right that time is a big issue for people. With both men and women in the work force there is less time to cook. The goal should not be to put women back in the kitchen, it's to put both men and women in the kitchen working together. … to reconstruct a nonsexist culture of cooking. And to recognize that cooking for your children is a really important part of good parenthood in the same way that reading to them is.

The fact is we find time for the things we value. In the last five years we found two hours a day for Internet, where did we get that time? It was important, so we took a little away from television, we took some from our employers. I think the job of storytellers like ourselves is to convince people of the value and satisfaction of taking back control of food choices and food preparation. It's not easy because you're up against $32 billion in marketing messages telling you you're too busy and you should just go enjoy fast food. But there's a feedback loop happening as people realize fast food is making them unhealthy. That's what this food movement is about: It's a dawning recognition that eating this way, even though it's easy and cheap and superficially satisfying, is a public-health disaster.

You're speaking here with Marion Nestle — what does she bring to the table and what will you likely discuss?

Marion has a deep knowledge of both nutrition science and nutrition policy. She has been on the inside when government was writing nutritional guidelines, so she knows how that process works and the roles of corporations in influencing those guidelines. She also understands how difficult it is to study impact of certain foods on diet.

She's been a great teacher of mine — I learned a lot about food marketing and nutritional health. I look forward to engaging with her about the food industry and how it might be part of the solution. We're at this very interesting moment where we have a government that seems sympathetic to the food movement. There are opportunities for reform, so we'll talk about the state of the food movement and whether we stand at a moment where we can change the system.

What do you think will happen to investigative journalism over the next five years?

I'm really worried about the future of journalism. I think when society stops supporting its newspapers it will also have a feedback loop in the form of rampant political corruption. No one is going to look over the shoulders of our state or local governments the way newspapers do. TV simply does not do it. Internet simply doesn't.  So I think we're going to have tremendous abuses and will then recognize the supreme value to a free republic of newspapers and of a free press with resources. Then I think you'll see the rebuilding of that capacity. It may be nonprofits. … We have the nonprofit model in radio that has been very successful although I don't think NPR does nearly enough original reporting — to a remarkable extent they're dependent on newspaper reporting. It's amazing how much the rest of media is parasitic on newspapers.

Micropayments are interesting too: I think we could move to a system where we painlessly pay pennies for many things on Internet if we didn't have to give a password every time it happens. … If you look at the New York Times for example, who have tremendous Web traffic, it's not an audience problem — it's a business model problem. S

Michael Pollan and Marion Nestle appear as part of The Richmond Forum series at the Landmark Theater on Saturday, April 18, at 8 p.m. Local organic and sustainable food groups, including local farmers markets and CSA representatives, will be setting up in the lobby.