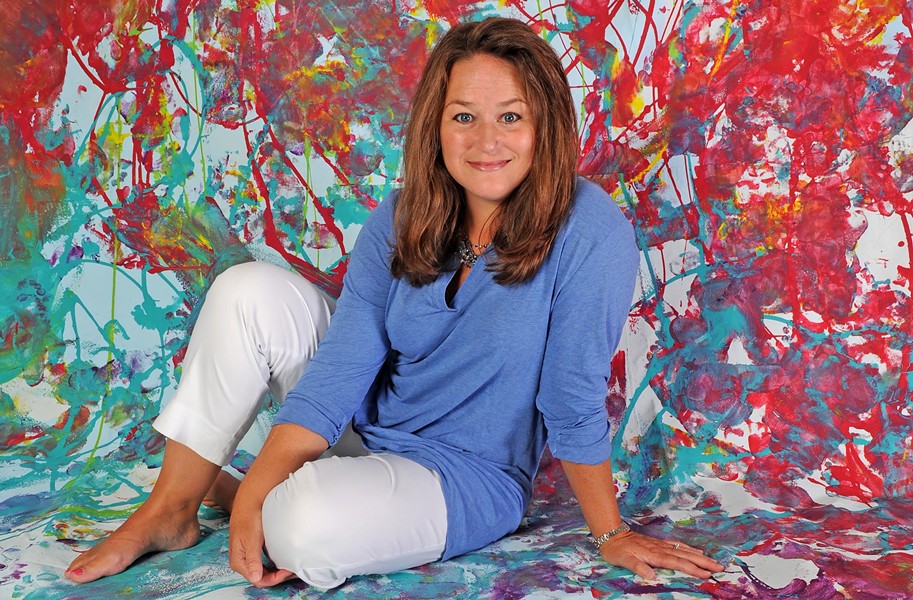 When Erin Thomas-Foley was pregnant with her son Daniel, she couldn’t sleep. So she took up journaling during the long nights. One evening she was writing with the music of her friend Jason Mraz in the background, when she had a vision. “I saw students dancing with paint on their feet,” she recalls. “I could see it as clear as day.”

Flash back to 1997, when the Roanoke native came to Richmond for graduate work at Virginia Commonwealth University. While acting in local theater productions, she started teaching at School of the Performing Arts in the Richmond Community, known as SPARC.

Now as its director of education, she oversees its tuition-based arts training for children as well as its program that takes grant-funded, free training into Richmond area schools and community centers that can’t afford performing-arts classes for youth. “We’re trying to find donors and corporate sponsors to continue that important program,” she says.

But back to that vision

Thomas-Foley recalls when some special needs students couldn’t be accommodated at SPARC because of a lack of staff. It stuck with her. So a few years ago, she began working to create the Live Arts Program, a passion project that’s been hugely successful since it started in June 2012. The series of classes puts students who are typically developing alongside those with special needs. Art forms are combined too — for example, dance and technology, or singing and sign language.

The finale is a packed show at the Landmark Theatre featuring students and well-known recording artists such as Jason Mraz, K.D. Lang and Christina Perri. Last summer, Live Art even scored renowned Hollywood actor Richard Jenkins as the program’s narrator.

Local filmmakers Martin Montgomery and Bill Gaff recently made a documentary chronicling the experience of several students and instructors in the program. Co-produced by the school, the film is being submitted to the Sundance Film Festival.

“The underlying message is compassion and acceptance,” Thomas-Foley says. “I feel like in such a technological world, there is a risk of losing that. We’ve stopped having face-to-face conversations. If I can help children keep looking at each other, maybe at the end of the day I’ve done something worthwhile.”