These Richmonders are worried the city will soon be swallowed by vines. 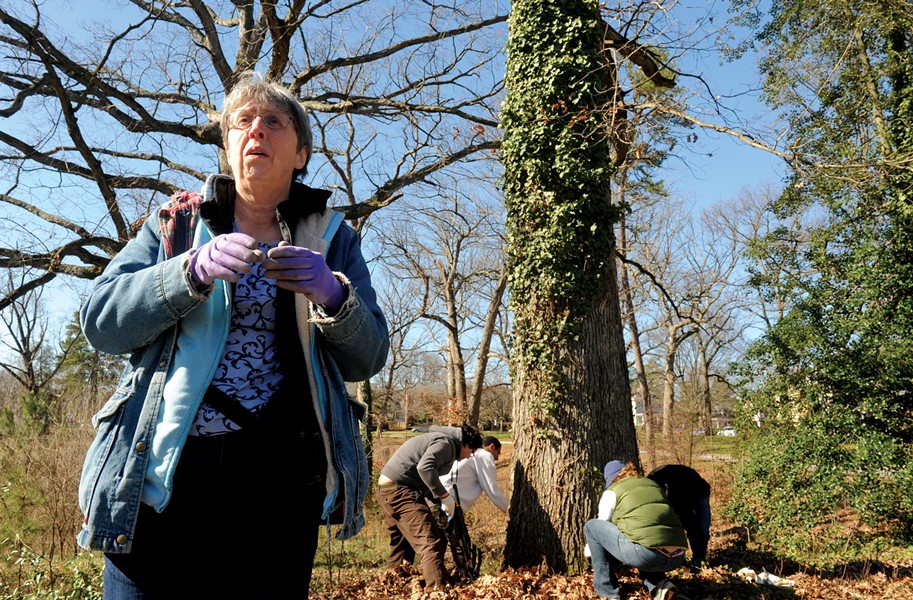 Forget its sophisticated, collegiate reputation. For two Richmonders, those lush, green walls of ivy that proliferate across the city are an invasive scourge that must be banished.

"It's unfortunate that it can look so beautiful to people, and yet it's not — it's evil," says Ruth Robin, who lives near ivy-infested Forest Hill Park. "We want to inspire people to rise up and fight the ivy before it swallows Richmond whole."

Robin and her neighbor Suzette Lyon have been waging a quiet battle against the plant for years, among other things organizing volunteers to remove ivy from city parks.

Now the two women are taking their appeal to the masses. They've launched IvyOutOfRichmond.org, which encourages homeowners to make their property "ivy-free zones," and details the gravity of the threat.

In short, the plant is a non-native invasive, meaning it has no natural controls in North America. As a vine, it spreads fast, eventually killing the trees on which it grows and choking out native shrubs and wildflowers that otherwise would grow and support native insects and animals. It's supporting such native wildlife that Robin and Lyons say inspires them to dedicate so much time to fighting the ivy.

They note that there are dozens of other invasive species that plague the city, but they consider English ivy the poster child of harmful non-natives because there's so much of it in Richmond and it's so easily recognizable.

They advocate clipping the plant at the base, which more or less keeps it in check for several years. More specific advice and a video are available on the group's website.

The two say they take a special satisfaction in killing a plant they despise with such vigor. But they're counting on fellow Richmonders to join in the fight, because as they freely admit, it isn't a battle that will be won by two people alone — no matter how much hate those two people may harbor for the plant.