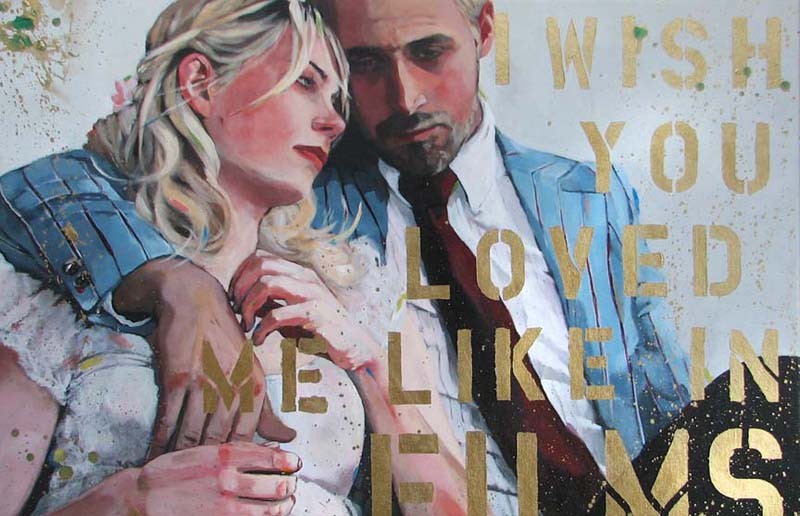 At first glance, "Spectrum," on view at Page Bond Gallery until the end of August, seems a hodgepodge of works in a range of mediums, from artists of varying skill. But with closer inspection a nuanced theme of summer becomes apparent. There's a seasonal essence threading the 30-some works, as wide-ranging as emotive ocean vistas such as Alyssa Salomon's rich cyanotype, "The Round Ocean and the Living Air, Part 2," and Tim O'Kane's micro-detailed still-lifes of seasonal fare: strawberry, Vidalia onion and orange.

Three local artists of vastly different style, medium and subject matter highlight the exhibit. Eleanor Rufty, an internationally recognized artist with deep Richmond roots, gives us the elegantly sparse "Bathers (2)," presumably from her 2010 series, the Beach Pictures. A charcoal drawing on paper, these bathers are offset on the page, leaving an expanse of blankness to suggest sand or sunlight, the brightness of an easygoing summer day. Her seasonal subjects are stylized to the extreme, with only perfunctory lines to elicit their ease or vacation blasé.

Terence Sullivan's acrylic-on-canvas paintings manage to convey the air-conditioned cool of a summer blockbuster film. His subjects aren't figures like Rufty's, but characters, large ones, who make statements through the bold lettering that takes up much of the compositional space. "I Wish You Loved Me Like in Films," "I Don't Know Myself Because of You" and "I Want You to Take Me Apart" (2011) draw on film culture as the imagery of our lives and emotional landscapes. Just as Greek mythology was used as the narrative lens through which the old masters elucidated their place and time, Sullivan does so with Hollywood celebrity and film. He brings a tenderness and detail in the rendering of these cinematic moments, but then makes demands by imposing a thought or emotional context for the scene. Indeed, this is similar to popular film itself and how we've come to view our own lives either through a sequence of imagined stills, or by projecting ourselves into the characters on the screen before us.

In Sarah Irvin's "Rio Concho," we've been freed from the anchor of figural relationship. Rio Concho is a park in Texas — a hint at the summer vacation. But only the title gives an inkling of representation. Irvin superimposes carbon transfers of looping, organic lines onto an acrylic painted wood panel, then fills the spaces between them with shades of a garden palette — violet, gold, aqua, pale green and sky blue.

In a statement, Irvin explains the work: "Repeatedly overlaid patterns and shapes drawn directly from the garden represent an effort to regain or recreate lost memories." As when we tirelessly photograph our vacations and travels in an attempt to arrest the memories so that we can bring them alive again when summer is over. S