A Chesterfield man died on the job at an immigration detention center. Now his widow wants answers. 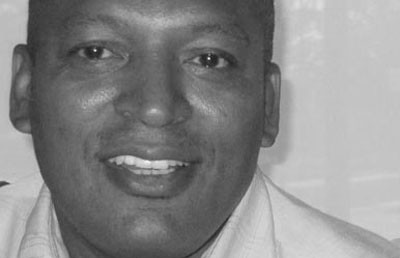 John B. Snelling Sr. was a gentle man, his widow says. He didn't drink, never cursed. The only way she could tell he was angry was when he called her by her full name: Lillian. "The worst thing John ever did was leave a cereal bowl around," Lillian Snelling says.

How, then, did the 52-year-old end up wearing SWAT gear, facing against a mixed-martial arts fighter in a cell-extraction exercise at the immigrant detention center where he worked?

Lillian Snelling filed a wrongful-death suit in July against Immigration Centers of America-Farmville, known as ICA-Farmville. The suit alleges that John Snelling, a supply and procurement manager at the private detention center, died after being compelled to participate in a violent training exercise.

The defendants – the center, its then-Director of Detention Mark A. Flowers and then-Chief of Security Jeffrey D. Crawford — deny the allegations. Among other things, they say in their Aug. 31 response to the suit, John Snelling consented to participate in the exercise and "intentionally exposed himself to a known danger."

The $21 million private facility opened in 2010 to house as many as 584 nonviolent, undocumented immigrants while they await processing in court. Primary investors include Richmonders Ken Newsome, president of AMF Bakery Systems, and Russell Harper and Warren Coleman of Harper Associates, a prominent commercial real estate development firm. The center grossed more than $10 million in 2010, according to two other, unrelated lawsuits filed against ICA-Farmville.

Snelling, who had 20 years of experience in logistics but none in law enforcement, ordered all the supplies the new center needed, Lillian Snelling says: "Software. Anything. Ammunition." With the three-hour round-trip commute from their home in Chesterfield County, she says, "he was working mad hours, crazy hours." In July 2010, Snelling moved into a small trailer in Farmville, where he often stayed during the week. The lawsuit details friction, including "racial animus," between Snelling and Flowers, his boss.

He often spent his weekends traveling to the football games of his son, Jason Snelling, a running back for the Atlanta Falcons. John supported his son through his struggles with epilepsy as a student at the University of Virginia, Lillian Snelling says: "And that's why my son, drafted in the seventh round, is still there in the NFL."

After the Falcons' 2010 playoff loss, the two of them planned a father-son weekend Jan. 20-22. So John Snelling requested a few days off. The weekend before the trip, Snelling came home dejected, his wife says. Flowers had told him he had a surprise for him, she says, and wouldn't say what it was.

The "surprise," according to Snelling's suit, was that John Snelling would be participating in a training exercise Jan. 19, in which he and corrections officers would practice removing a resisting prisoner from a cell.

Snelling called his wife to tell her about it shortly before the exercise was scheduled to begin, Lillian Snelling says. He would be watching a "takedown," he explained to her. "He said, 'After I'm finished, I'll call you back.'"

According to the suit, Snelling donned protective gear and was designated as the shield man to lead a charge of four men into the cell. The role of the unruly prisoner was played by correctional officer Daniel Dean, a 275-pound, mixed-martial-arts fighter.

Dean charged into a shield held by Snelling while the four other officers pushed Snelling from behind, according to the suit.

"Mr. Snelling was effectively crushed between the professional mixed martial arts fighter in front and the four correctional officers weighing a collective 800 to 1000 pounds from behind," the suit states. Responding to this description, the defendants acknowledge that Snelling "made contact with Mr. Dean" and deny all other allegations.

Once the "prisoner" was subdued, the suit says, Snelling took off his gear, went to get a drink of water and collapsed to the floor. He rose and collapsed again, but was ignored by other employees, the suit says. Snelling had a cardiac condition that had resulted in stents being placed in his heart, but according to his wife he was in good health.

The defendants, in their response, say that multiple people checked on Snelling and he denied being in medical distress. He was then given appropriate assistance and medical care, they say.

Fifteen to 20 minutes elapsed before a center trainer realized that Snelling was in distress and began to administer CPR, the suit says. An ambulance was called and he was taken to a nearby hospital, where he died.

According to the Snelling lawsuit, Flowers did not tell the doctors or Snelling's wife that he had been involved in the training exercise, only that he had been a spectator. "I said, 'No one hit John? Nothing happened to John?'" Lillian Snelling says. The answer she received was no, she says.

It wasn't until the fall of 2011 that Lillian Snelling learned about her husband's participation in the cell-extraction training, she says. Flowers refused to give her the incident report or video of the incident, the suit says, instead yelling that she "wasn't going to get a fucking thing."

In Lillian Snelling's suit, she alleges that defendants ICA-Farmville, Flowers and Crawford "intended that he be assaulted, intimidated and injured" during the training exercise. The suit alleges wrongful death and assault, actual fraud, two counts of infliction of emotional distress, and breach of contract. Snelling asks for $20 million in damages, as well as $350,000 in punitive damages and $80,000 for a life insurance policy that was never paid, the suit claims.

The defendants contest Snelling's allegations in their court-filed responses and have asked to have the case dismissed. Snelling's fraud claim fails, their response says, because the complaint "cannot allege that the Defendants owed any duty to Mrs. Snelling to disclose her husband's alleged active participation in the cell extraction training exercise." Furthermore, the response says, Snelling does not allege any negligence: "Plaintiff has not and cannot allege the existence of a legal duty or that the Defendants breached that duty."

The defendants have asked for the case to be transferred to the Circuit Court of Prince Edward County. A hearing on that motion is scheduled for Oct. 15.

The Virginia Department of Labor looked into the incident. While prompted by Snelling's death, its report isn't an investigation of his death.

After an inspection in October 2011, the labor department issued two citations to the facility. The first violation says ICA-Farmville "employees were exposed to serious hazards while engaged in detention officer training exercises," in that the employer did not follow its own procedures for forced cell extraction training. Specifically, the report says, respirators weren't worn and a nurse wasn't present.

The second violation says the employer didn't establish and maintain a respiratory protection program, or training on how to use respirators.

"No condition in the workplace caused or even contributed to this death," ICA-Farmville attorney Douglas Nabhan says in a Jan. 20 letter to Thomas Rozman, the central-region director of the labor department. Snelling's heart attack was "totally unrelated" to his employment, he continues, and asks for the case to be dismissed.

The $8,540 penalty assessed eventually was reduced to $5,000, which ICA-Farmville paid in February. In January, ICA-Farmville reported it had corrected the violations by changing the protocol for forced-move training so that respirators would no longer be required.

Lillian Snelling is still grieving. "I just imagine his last moment," she says. "And I know his last thoughts were on us. I know that." S