Scott Elmquist The Foo Fighters played one of the most memorable gigs of the year at the National on Sept. 17 in one of the first major crowdfunded rock concerts.

There was joy surrounding original music from such bands as Avers, White Laces, No BS Brass, Heavy Midgets, Iron Reagan and Hot Dolphin, to name a few. Not to mention a boundary-smashing new album by longtime veterans Bio Ritmo, the launch of Jellowstone Records from scene stalwarts Reggie Pace and Devonne Harris, and, just a few weeks ago, the sudden release of Richmond native D’Angelo’s “Black Messiah,” which was 14 years in the making, and not named after the James.

Our biggest festival, the Richmond Folk Fest, continued to enlighten and entertain for its rainy 10th anniversary weekend, and the newbie Fall Line Fest moved confidently into its second year. (Look for that festival to be changing dates in 2015 — so it doesn’t need to compete with out-of-town draws Hopscotch and Lockn.)

A new midsized venue, the Broadberry, opened from owner Rand Burgess. It’s been ratcheting up bookings of late, with critical favorites Sturgill Simpson, the Swans and High on Fire all scheduled to play in early 2015. And perhaps the biggest success story of the year: Some local friends crowd funded a Foo Fighters show at the National, earning international copycats and plenty of national media attention for the city.

But there was sadness too, with the deaths of crucial music figures from three generations. Richmond lost its most legendary frontman with the death of Dave Brockie, one of the city’s most vibrant characters and a man who put Richmond on the musical map with Gwar in the 1980s. Bob Hardtimes (Robert Berenson), another ’80s icon who helped foster and define the early club scene, died in September. And later that month, RVA Magazine editor-at-large Ian Graham, known to younger generations for his photography and writing, was killed in a motorcycle accident. The deaths cast a pall over the music scene in their own way. But we kept making music and supporting each other, like when musician Prabir Mehta got mugged and people raised thousands of dollars for his medical bills. That’s a strong music scene, ladies and gents.

We asked some of Style’s music writers, as well as musicians and familiar faces in the local music scene, to share their top musical memories from 2014, whether they were albums, concerts, or just emotion-filled moments. 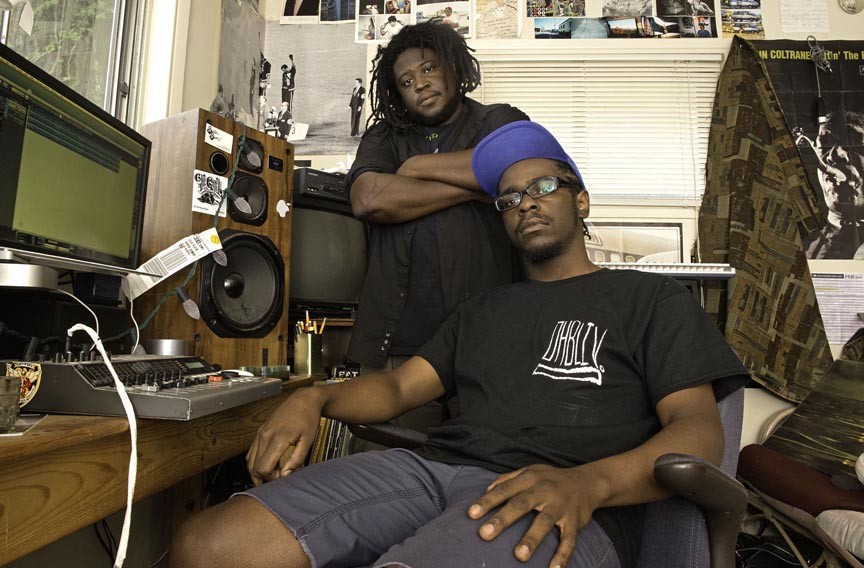 1. Gwar’s sendoff for Oderus (Aug. 15). You had to be moved by the glorious Viking funeral pyre farewell at Hadad’s Lake for Oderus Urungus, not to mention the memorials for the dearly departed Dave Brockie, delivered by friends including Jello Biafra of the Dead Kennedys. As the memorable photos attest, Brockie’s public memorial was a singular moment in Richmond music history that will live on.

3. Lake Street Dive at the National (June 12). The beloved Boston band was breaking nationally right at that moment, selling out venues from coast to coast. The group has played many smaller shows in RVA, but when it broke into the final chorus on the downright funky “Rabid Animal” chills ran through the crowd from the high, Donna Summer-energy in the air. Beautiful finish.

1. Paul Watson, “My Secret Effect”: Hands down, this is my favorite album not only of the year, but also the last decade. Why? Because it’s an understated pop masterpiece that reveals its true strengths when heard as a whole.

2. Dead Fame, “Vicious Design”: Post-punk, dance-floor anthems that sound like they were made in Manchester, England, in the late 1970s — only better. As good as this is, the group’s even better live. Along with Those Maniac Seas and Iron Reagan, it puts on the best live shows of any band in the city.

3. Alison Self and the Lonesome Lows, “Coffee Cowboy”: Country music played as it should be played — on acoustic instruments and with a singer whose voice chills you to the bone. Alison Self is the real deal.

4. Pace Cadets, “Virginiaupinya”: Sun Ra trip-hop played by this trio of genre-mashing Richmond multi-instrumentalists on their quest to take the fear out of living on a black planet.

6. Dr. Millionaire, “Fashion and Drugs”: Big, dumb and glorious. Should be a national hit. All I know is that I wish I could stop singing it.

7. The Sleepwalkers, “Greenwood Shade”: Angst-free classic rock for past, present and future members of the Village Green Preservation society.

9. The Avers, “Empty Light”: Meditative shoe gazes and upbeat rockers for people who haven’t forgotten that sex is awesome.

10. Fool’s Errand, “Cartographic”: Gypsy Americana folk and roll to enhance any and all carnivals.

Fruitcake is an object lesson in the hazards of compressing many delicious ingredients into one compact lump. Best-of lists are a similar seasonal tradition.

Some of the most memorable events were mash-ups. “My Darling Synthesis” was a brilliant intersection of the art rocking My Darling Fury and hip-hopping Photosyntheziers. A Classical Revolution string section helped launch Bio Ritmo’s “Puerta Del Sur” at the Broadberry CD release party. Balkan, Indian and New Orleans brass bands — along with the distinctly Richmond sound of No BS Brass — blasted off the Modlin Center season at the summer-ending Brass Bash. The Richmond Folk Festival offered a collision of musical worlds on a grand scale; Brian Jones did the same in intensely concentrated fashion in the perfect cacophony of the 2014 Musicircus.

The straight-ahead Virginia Jazz Society-hosted stage had enough world-class talent in two days to fill an entire season. The Fred Hersch Trio’s Sunday afternoon concert, rescheduled because of a February snowstorm, was full of angular, luminous beauty. Both Rene Marie’s sly and spirited performance at Westminster Canterbury and her joyous contribution to last Christmas’s SPARC concert showed why her current Grammy nomination is long overdue. The flat-out craziest event of the year was the smart, totally committed, fractured fairytale performance art of Grandma Sparrow.

1. Hurray for the Riff Raff, “Small Town Heroes”: Former train kid and old soul Alynda Lee Segarra has one of the purest voices you’ll ever hear and serious songwriting chops. With a classic throwback country style that’s flavored with a little swamp stomp, the New Orleans-based outfit sings about out everything from love to social injustice.

3. Avers, “Empty Light”: Richmond-based, textured psych rock made to get lost in for hours. The only thing better than the album is this band’s rousing live set. Holy smokes.

4. Nikki Lane, “All or Nothin’”: This Nashville resident keeps it real on her sophomore effort with a hearty dose of humor and honest songs in the vein of John Prine with the delivery of a young Loretta Lynn.

5. Sylvan Esso, “Sylvan Esso”: Who knew 10 tracks recorded in a bedroom would make this Durham, North Carolina, duo an underground breakout. Their debut is an eclectic, electro-folk affair that strikes the right balance between sparse arrangements and thick beats.

6. Ex Hex, “Rips”: Aptly named, the debut from Ex Hex shows off Mary Timony’s mastery of the strings and proves that fast and furious rock ’n’ roll is alive and well.

7. Parquet Courts, “Sunbathing Animal”: Spastic riffs and shout-outs to Swedish fish make the third album from this New York band an unrelenting good time. If you like what you hear, check out its other 2014 release, “Content Nausea,” under its tweaked moniker, Parkay Quartz.

8. Perfect Pussy, “Say Yes to Love”: A juggernaut of sound, Meredith Graves and company made a statement with 23 minutes of blistering fury and a big ol’ F-you to the naysayers across the interwebs.

January: Playing Mozart symphonies in Babes of Carytown with a full orchestra, complete with timpani, as part of the Mozart Festival.

June: Standing alongside Bio Ritmo at the Broadberry for its album release show, adding the sultry sound of strings to a few of its songs.

August: Bursting into a room full of unsuspecting guests at a wedding rehearsal dinner and performing operatic favorites accompanied by a string quartet. I hope they liked it.

2. I heard the band Christi performing live on WRIR’s “Time Is Tight” with Paul Ivey. They were so great, I felt compelled to go to the station and meet them. I did. They weren’t totally weirded out by my excitement. They have a tape and it’s great. Go see them.

3. On the same night: the WRIR Monster Mashquerade and the White Laces “Trance” release show. I walked back and forth to both events, ran into tons of other musicians gigging up and down Broad Street. At Broadberry, Heavy Midgets sounded great, White Laces were transcendent, as is the record it was celebrating. The walk back to the Camel took longer, because I stopped off at venues to hear a song, or at least watch through the glass. The night ended with Toxic Moxie, a freaky dance party with mad scientists, Disney princesses, robots, zombies and the Mighty Boosh.

4. The Virginia Moonwalker, and the music coming out of it: The Flavor Project, MicroWaves, and the Milkstains have created some seriously wear-outable albums this year. And while not all of the latter’s “Broken Bones” were recorded there, “Carolina O’Keefe” was. The line, “Potential will kill you, if you know what I mean,” does me in every time.

5. Percussion: I kept noticing this year how people like Reggie Pace, Brandi Price, Buttafly Vasquez, and Rei Alvarez have made the triangle, sleigh bells, shaker and guiro look like the coolest instruments anybody can play. Guiro Hero, anyone?

1. On a picture-perfect day in July, Radio B, Photosynthesizers and the Big Payback brought one of the most excited and diverse crowds to Hardywood Park Craft Brewery for its Virginia Blackberry Release. This marks the first time that pure hip-hop took center stage at Hardywood. Radio B, along with Michael Millions and Noah-O, performed in front of an enthusiastic crowd. It was followed by the Photosynthesizers’ mixture of soul, hip-hop and rock, and the night ended with the Big Payback. The event truly was one of the highlights of the year.

2. Epic Fest, the largest hip-hop festival in Central Virginia, expanded to six nights with 10 events. Noah-O performed at Dominion Riverrock. Fall Line Fest had two separate nights of hip-hop music headlined by Rapsody, DJ Lonnie B and Skillz. And such national acts as Young Jeezy, Brother Ali, Raekwon, Stalley, Inspectah Deck and many more performed in Richmond. The audiences were diverse in race, age, gender and background, and local artists were always on the bill. Richmond no longer is a fly-over hip-hop city.

4. The Emergence of Jellowstone Records: I’m a huge fan of what DJ Harrison, Reggie Pace, and the team over at Jellowstone are doing. Their Jellowfest 2014 featured Butcher Brown, Kings, Ohbliv, Count Bass D, and many more — not to mention a little band called No BS. Jellowstone has emerged as the new “it” label in RVA for hip-hop, soul, jazz, funk and brass. It’s our own Daptones.

The Cheats Movement Blog posts the RVA Hip Hop Scoreboard every Sunday with reviews and rankings of local hip-hop albums.