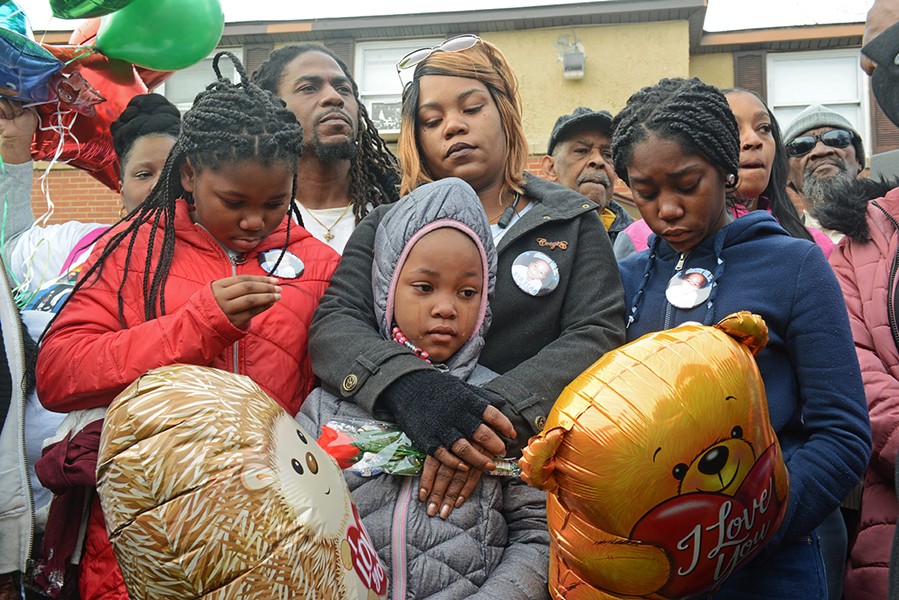 The family of 3-year-old Sharmar Hill Jr., who was killed by gunfire outside his home on Feb. 1. The police believe two groups of people were shooting at each other and are seeking the public's assistance.

Hundreds of members of the Hillside Court community gathered on the 1700 block of South Lawn Avenue for a vigil in remembrance of 3-year-old Sharmar Hill Jr., who lost his life last week when caught in the crossfire of gun violence outside his home.

On Saturday afternoon, community members stood in solidarity with Hill’s family wielding red, green and blue balloons to celebrate the life of “Simba” as his family affectionately called him. The child leaves behind his father, Sharmar Hill Sr., his mother, Shaniqua Allen, and five siblings.

“This shouldn’t be a war zone -- how is your home a war zone?” Hill Sr. asked, reiterating that his young son was his "hero.”

The shooting case remains unsolved and roughly a dozen Richmond Police officers were in attendance Saturday afternoon. The department has said they believe multiple individuals were involved in the shooting. 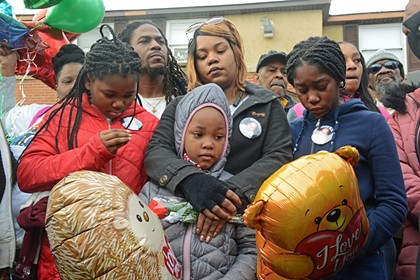 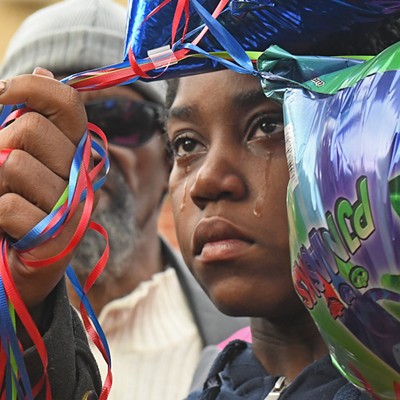 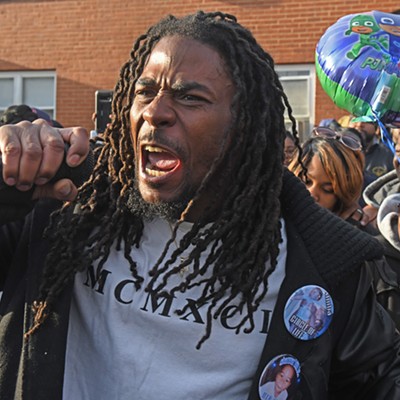 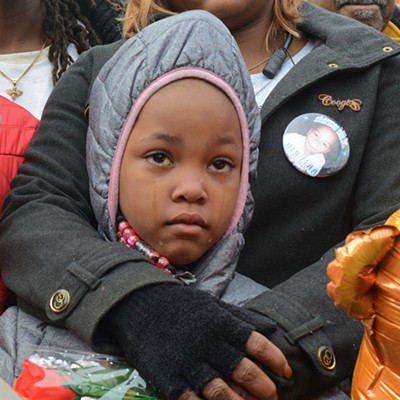 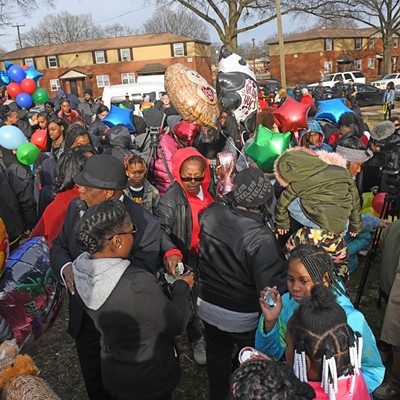 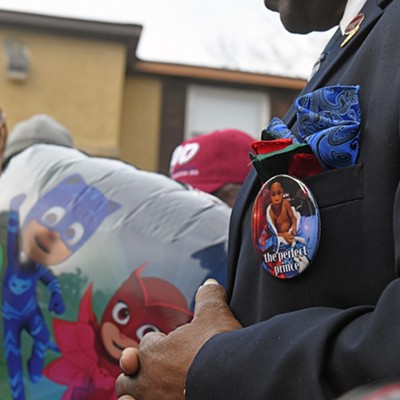 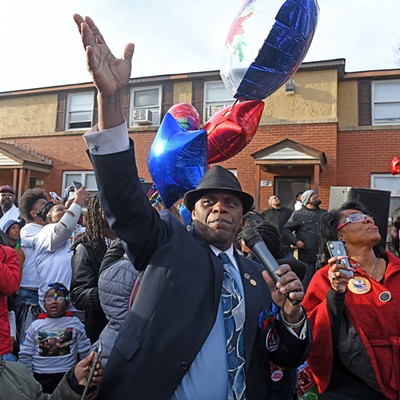 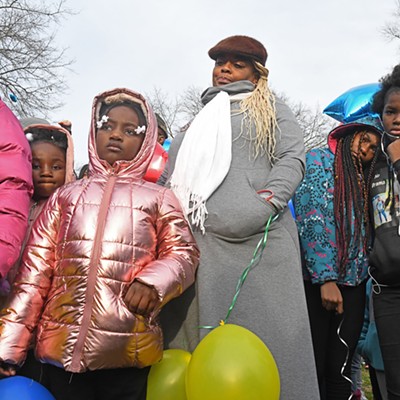 “This is the time for us to take back our community,” said radio personality “Miss Community" Clovia Lawrence, speaking on behalf of 6th District Councilwoman Ellen Robertson who could not be in attendance.

“When you see something, you don't need to tell anybody else you're about to call somebody [...] I'm pretty sure a lot of people who are gathered here today, they saw something, they knew something, too,” Lawrence told the crowd. “If something happened to my child and somebody saw something I would want you to tell it ... when you don't tell, you could've stopped the injury a long time ago.”

Kele Wright, who lost her 12-year-old daughter Amiya Moses to gunfire in December 2015 was also in attendance, standing beside Sharmar’s mother.

“You grieve at your own time. Don’t let nobody tell you how to grieve,” Wright said. “It’s not going to get easier, but you’re going to learn to deal with it.”

While the atmosphere was heavy with grief, there were bright spots amongst the gospel music, children in attendance and community’s support for one another. Pastor Robert Winfree addressed the crowd, focusing on solution-oriented steps, including naming a playground after Sharmar.

“We don't ever want to forget Sharmar [...] if you take a look at the playground, the playground needs to be updated -- it needs to be attractive enough to lure the kids over there and then it needs to have a protective screen to protect those kids,” Winfree said. “Three years is seemingly not a long period of time but you can see how impactive it is ... [Sharmar] pulled all the people here together today.”

Charles Willis, executive director of United Communities Against Crime which hosted Saturday’s vigil, mentioned including important organizations in the community who were in attendance, such as the Broken Men Foundation which mentors young men. That group's members promised to stay with Hill Sr. over the weekend as he and his family mourn the loss.

“We're also surrounded by counselors that are out here already that are working with the children,” Willis emphasized. “These are the kind of things we want to embrace as a community.”