The ever-changing TNA Wrestling brings nonstop action to the Landmark. 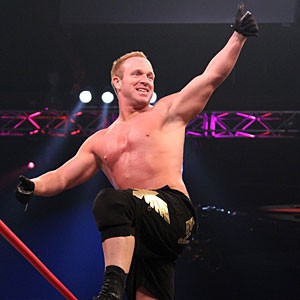 Like any burgeoning business, Total Nonstop Action Wrestling has witnessed significant growth since its inception nine years ago. But 2010 was something of a banner year. In January the iconic Hulk Hogan officially joined the Nashville-based organization in both onscreen and off-screen capacities, as did Eric Bischoff, a controversial figure who was crucial to the prosperity of World Championship Wrestling, WWE's now-defunct rival.

Hogan, Bischoff, and a bevy of new and returning wrestlers appeared on a special edition of “Impact!” — TNA's flagship program on Spike TV, held on a Monday instead of the show's typical Thursday. The ratings success of that one-off show on Monday night — the same timeframe during which WCW Nitro competed with WWE's Raw in the late '90s — was enough to convince TNA to officially move “Impact!” to Mondays.

But the jump was too much too soon. The switch took effect in March, and by May the program was back to its previous time. Those were only the beginning of the changes for TNA last year. Wrestlers moved in and out of the roster quickly, and by December the major players were mostly new faces. Even the size of its ring was altered, shrinking from six sides to four. Change is a constant in the professional wrestling business, but all of the above was a lot to handle for one year.

Though TNA is still second place in the American wrestling industry, it's been furiously fighting to rise and expand. Its ambition is admirable, but some slowing down would help.

Eric Young, a TNA wrestler who's been with the Tennessee-bred but Orlando-based organization since 2004, downplays the time-slot change. “It was so quick [that if] you blink, you'd probably miss it, but you're never going to know [about your success] until you try. To be stagnant and complacent is bad in business,” he says. “I don't know a lot about it, but I know that just to be happy with surviving isn't enough. You've always got to go forward.”

Young's character development symbolizes both the best and worst of his sports-entertainment company. The Canadian grappler has seen many dramatic persona shifts during his stint in TNA. Within a few years he's been the arrogant leader of a group that hated America, a good guy who's repeatedly been screwed over by people he thought were his friends, a bad guy who joined his former enemies, and a handful of other roles. Now he's a mentally unstable comedy character who recently paraded around with an old title belt he found in the garbage and started believing he was an actual champion.

No matter how big the character alterations, Young throws himself into his role, showing a lot of range and willingness. But on the flipside, it's tough to get attached to Young's persona when he's constantly doing something different. Those unnecessary leaps are indicative of TNA's unwillingness to cultivate things slowly.

Saturday, Young, World Heavyweight Champion Jeff Hardy, Mr. Anderson, Abyss, local sweetheart Mickie James, and other wrestlers hit Richmond's Landmark Theater for a TNA event. (As of this writing, specific matchups were unavailable.) Young explains how the experience of this “house show” separates itself from the product that appears on Spike. “The house shows are a completely different animal than television,” he says. “There's no constraints on, ‘You've got to get this shot and make sure that these people see this,' and stuff like that, so the fans are a lot more involved at the house shows, which makes our job easier and a lot more fun.” That high level of interactivity also means the chances of fans meeting TNA stars are very favorable.

With all of the dramatic changes Young saw and was involved with in 2010, he's unwilling to make bets on what his organization will reach for this year. “It's tough to say with the situation of the economy and stuff. The thing is, maybe more now than ever, people need to be entertained to forget sometimes,” he says. “Our numbers on television have stayed around the same. The house shows keep growing, so it's constant forward steps for this company. It's exciting to be a part of that.” S