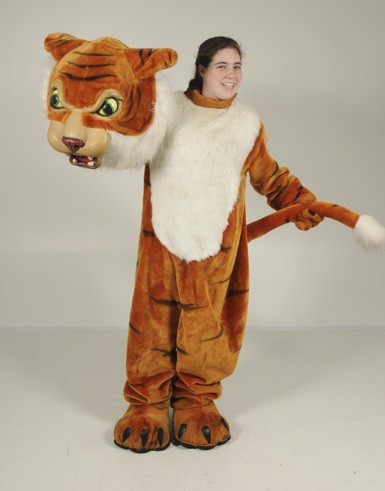 Ellie Winkelmann, 15, is one bilingual 9th grader that you would not want to compete against in a swim meet.

From reading authentic Hebrew from the Torah at Temple Beth El to being a part of the French immersion program at JR Tucker High School, Ellie is sure to be ready for the international front post graduation. Next year she is planning on having a grand total of four classes in French!

Not only is she language savvy, but her swimming abilities are impressive as well. Ellie has been a part of the JCC Dolphin Swim Team since 2001. In 2009 she was the I.M. Xtreme Challenge Winner for her age group on a national level. Her winning was based on her performance in the 200IM, 400IM, 500 free style, 200 butterfly, 200 breaststroke, 200 back, and 200 free style.

At JR Tucker High School she is the Freshman class president and also the official school mascot.

Ellie is also quite the drama queen, not only for her school, but also for the JCC Jewish family theater and SPARC. Ellie has been with SPARC's Summerstarz Touring Ensemble for 6 consecutive years. In 2006 she was the Kip Kephard Foundation Recipient and in 2007 she was given the Jeri Cutler Voltz Scholarship Award. Her most recent production with SPARC was ‘Lights Up' at CenterStage this past January.

In addition to her pursuits in language, swimming, and the theatrical arts, Ellie also makes time for others in her community. She is a frequent volunteer at the Beth Sholom Home, and also participates in community service fundraising for the JCC Macabi Games, and the Rudlin Torah Academy, her alma mater.

So, whether you are looking for tips on how to order at a French Brasserie, or tips on having an award winning breaststroke, Ellie is your girl!

Super Hero Name: Light Speed
Powers: Super speed and telepathy. Her colors are yellow, turquoise, red, and black, and don't forget the wings on her shoes. “The flash is my favorite super hero, I modeled it after him.”