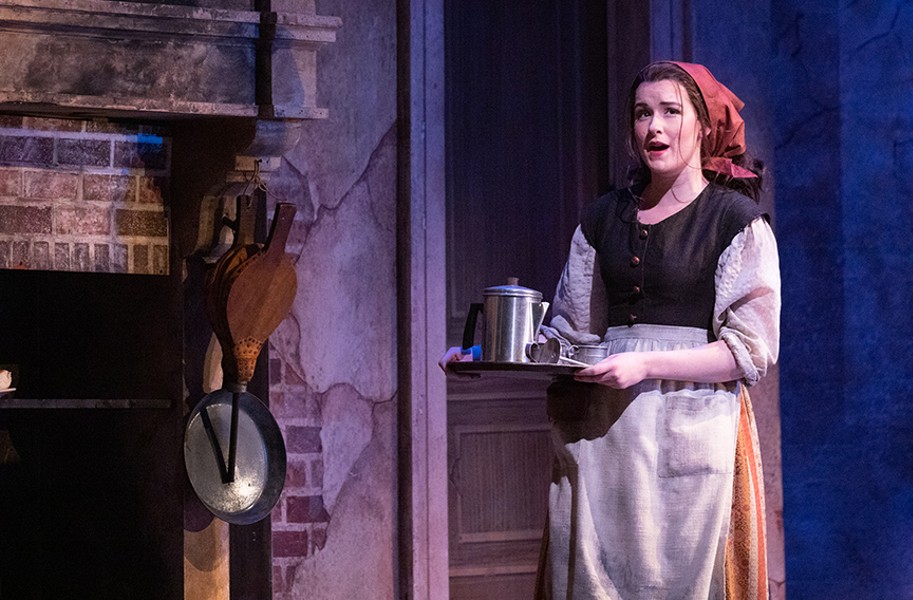 Ben Schill Photography Alyssa Martin stars in in Virginia Opera’s “Cinderella” which plays Feb. 21 and 23 at the Dominion Energy Center.

As a young man, the feverish pace at which Gioacchino Rossini could pen an opera was virtually unmatched.

Coming off his previous year’s success with “The Barber of Seville,” a 25-year-old Rossini completed “La Cenerentola” or “Cinderella” in just three weeks. This speedy accomplishment — which included the help a collaborator and the recycling of some of his previous work — yielded some of his finest vocal writing.

“It’s the work of a really young man, and at this point he’d already wrote 20 operas. He had this creative burst in his youth,” says Virginia Opera’s artistic director, Adam Turner, who serves as conductor for the production coming to town Feb. 21. “You feel that energy in the score itself.”

Set in Salerno in the early 1800s, the Rossini opera replaces some of the more supernatural elements of the familiar Cinderella story. Instead of a fairy godmother, for instance, Cenerentola is assisted by a philosopher. The prince, Don Ramiro, identifies Cenerentola not by a glass slipper, but by a bracelet.

“There are little elements that will be different,” says Alyssa Martin, who stars as Angiolina — or Cenerentola — in the show. “It’s more of a human telling of the story, because you see her less as a rescued princess and more as a woman of high and moral character who just gets recognized.”

As in most versions of “Cinderella,” Cenerentola’s boundless kindness sets her apart from other characters in the show.

“It’s sort of unbelievable how kind she is the whole time, even when people are being really hateful to her, and the stepfather and his daughters are so hateful to her,” Martin says. “She just always tries again, and what she really, really wants more than anything is to have love and a relationship with her family and feel accepted.”

“Rossini had this way of creating this rumble underneath his music. It grows the entire time you’re listening to it, and it’s so exciting to sit there and watch,” Martin says. “Every instrument is its own character.”

Vocally, Martin says the show is a workout.

“Every singer onstage is doing Olympic acrobatics onstage. It’s really like opera Olympics,” she says, explaining that her last aria is “so, so fast. It moves like lightning, and it’s a really exciting piece of music.”

Turner notes that this is the first time the Virginia Opera has performed “La Cenerentola” in 30 years, likely due to the demands of the opera on its performers.

“It’s long overdue,” Turner says. “One of the reasons is we needed a cast that could achieve these vocal acrobatics while being strong comedic actors.”

Turner stresses the comedy in the piece.

“It’s just over-the-top, laugh-in-the-aisles funny,” he says. “It’s just all kinds of ridiculous, and this cast is truly able to execute some really impressive comic timing.”

David Walton, who plays Don Ramiro, says that half of the show’s characters are strictly comedic, and that “the musical is charming and witty.”

“It is a really wonderful, light-hearted comedy,” he says. “I think it’s something we could all use this time of year, when it’s kind of cold and dreary outside. It’s a love story. It’s a story about true love, the magic of true love.”