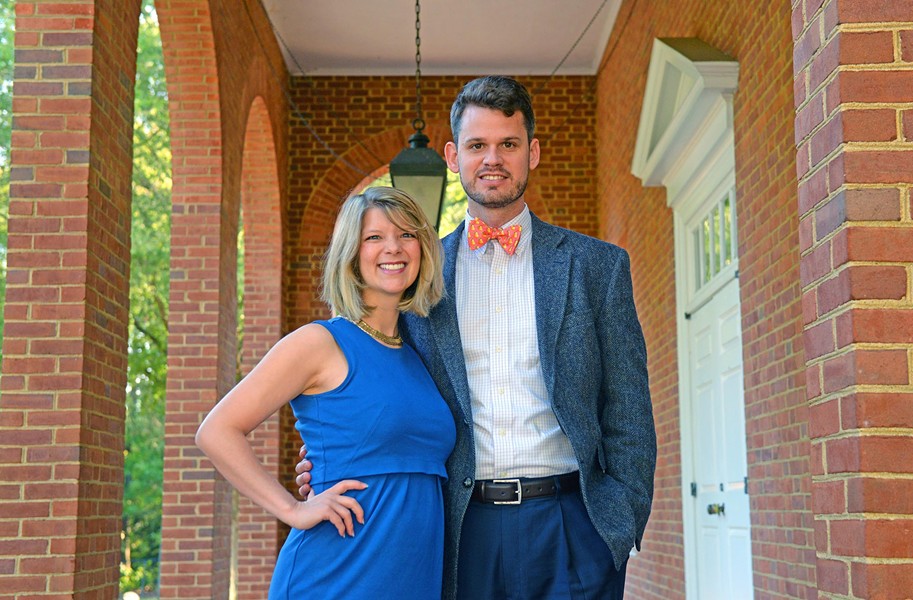 More than 25 years ago, Jesse Kell recalls the first few classes of the Elijah House Academy, which met in the basement of his childhood home in the North Side.

His parents, Janet and William Kell — who started the Christian ministry the Victory Life Fellowship — saw that many children in Gilpin Court were unable to read or write at grade level. But they soon realized that they needed to do more to meet the needs of their students than the after-school tutoring classes they offered.

So in 1989 they started Elijah House with a class of eight. The program was held in the Kells’ house for a year and served children at three other locations before moving to Jahnke Road in 2013, where 135 students are enrolled.

Jesse joined the mission as a teacher nine years ago. And Elizabeth, who’d taught at Tuckahoe Elementary, followed two years later. They met, fell in love and married in 2008.

Elizabeth, also a native of Richmond, was reared with a belief in social justice, nurtured by parents who also preached in an urban environment. “Our parents taught us at an early age that everyone has potential,” she says.

Jesse knows that his pupils can be high achievers despite financial barriers, and connects that thought to his faith. “They were created as an image bearer of God, if you think about that and unpack that, that’s amazing,” he says. “That gives you a lot of dignity.”

For many in Richmond, a private education in classrooms with a low student-to-teacher ratio would seem out of reach. Not at Elijah House. Jesse estimates that the school spends $8,000 per student annually, but families pay only a small fraction of that cost.

About 85 percent of the school’s budget comes through fundraising, which assists families who live below federal poverty levels. As director of development, Elizabeth has grown the school’s budget from about $750,000 when she first arrived to about $1.3 million today.

The Kells also put in time outside of school hours to be there when single parents of the students can’t. Jesse has taken kids to and from school as a bus driver, a hat that most school principals wouldn’t wear. Worried about a senior who was in danger of not graduating because she wasn’t doing her homework, the couple zeroed in. Every school day they had her come by their home in Church Hill, have dinner and complete her assignments.

The Kells, who have three children — baby Ellie, Virginia Grace, 2, and Knox, 4 — say they hope to leave them with the same beliefs that inspire so much of their work.

“We want to show them the dignity of everyone,” Elizabeth says. “To have high expectations of everyone.”