Elf Charged With Stealing From Santa 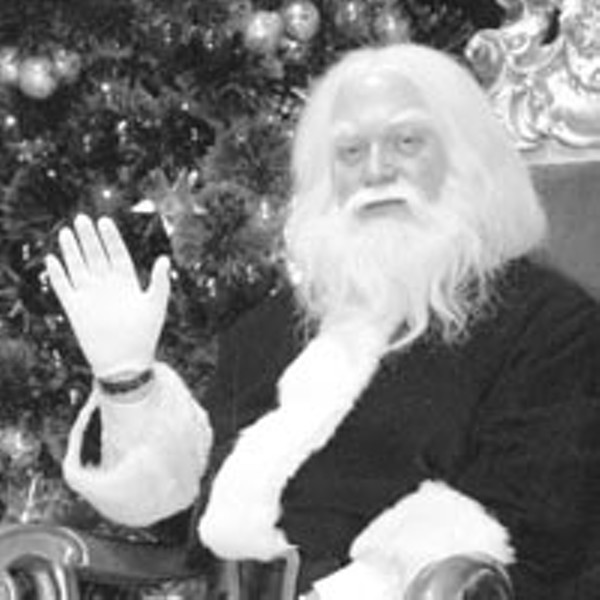 One of Santa's helpers has been charged with helping himself to Santa's wallet. Police have charged a Richmond elf.

The elf — one 5-foot-9 Darrick Colin McCray — was arrested last week and charged with picking the pocket of a Richmond icon, Miller & Rhoads' Legendary Santa.

The Jolly One's Discover card had been missing since October. Police allege that McCray took the card and made several unauthorized purchases.

City Celebrations, which manages Legendary Santa and the Santaland set at the Richmond Convention Center, declined to confirm McCray's status as a working elf. But sources tell Style Weekly that McCray sat alongside Santa on the main stage.

McCray was arrested Wednesday, Dec. 15, at 1:45 p.m., in a security office at the convention center, says Det. Ron Brown, a public affairs officer with Richmond Police. Brown says he understood McCray to be an elf, albeit a "tall elf," although he wasn't wearing elfish gear. "As far as I know, he wasn't arrested in any kind of costume," Brown says.

K Alferio, executive director of City Celebrations, declines to discuss the incident. "It's a personnel issue," says Alferio, who adds that there have been no disruptions at the convention center. "Santaland is just rolling right along," she says.

The topic of thievery was off-limits for Legendary Santa, too. Reached at his home the morning of Dec. 17, he declined to acknowledge the incident.

Legendary Santa was the brainchild of former Hollywood stuntman Bill Strother. He and Miller & Rhoads carpenter Art Hood built the set they dubbed Santaland in 1942, on the seventh floor of the downtown department store. The set was complete with the chimney where Santa arrived to join the Snow Queen and Bruce the Spruce.

Since Miller & Rhoads closed in 1989, Santa has been something of a nomad. He first moved to Thalhimers, then eventually to the Richmond Marriott before landing at the Greater Richmond Convention Center three years ago.

Now his credit card gets stolen.

McCray, 25, of the 3500 block of Briel Street, had been unable to post the $5,000 bond as of Dec. 17. Unless he does, he'll remain in lockup until his next appearance in Richmond General District Court Feb. 3. — Scott Bass