Elephants on a Wire

A crowded field of Republican gubernatorial candidates embraces ranked voting in a battle for the soul of their party.

The birthplace of the newly reconstituted Republican Party of Virginia could well be at Prince George Family BBQ, a quaint yellow and red icon of Southern roadside cuisine in the tiny town of Disputanta.

“We’re supposed to be the party of electoral integrity,” says Glenn Youngkin, a tall, former college basketball player. The former boss of a world-class private equity company, the Carlyle Group in Washington, is charging up his audience, 20 or so mostly white, middle-aged and older people.

Youngkin wants to be the first Republican governor in the state since 2013. It’s an uphill battle as the state GOP has been in serious disarray for years. Virginia voters went for Obama, Clinton and Biden in the last presidential elections. Democrats control the levers of power in the state.

The Republican Party, once the symbol of reliability and fiscal responsibility, has melted into a messy civil war. Proponents of older forms of conservatism clash with the new Trumpian strain of populism and nationalism displayed by Amanda Chase, the flamboyant, gun-toting state senator from Chesterfield County who also wants to be governor.

But if Republicans want to charge in and rescue the state, they are getting off to a strange start.

On May 8, the state GOP must choose a gubernatorial nominee along with other statewide office candidates. Instead of the usual, one-delegate, one-vote primary, it is holding a newfangled and highly complex unassembled convention that is deploying a new form of ranked balloting to make choices.

At the GOP convention, thousands of delegates will convene at polling spots around the state. They will drop off their ballots that have the names of 17 candidates, including those for lieutenant governor and attorney general. They will do so by ranking their choices.

This odd method means that theoretically, candidates might get a check mark without any thought to whom is number two, three or four. Bob Holsworth, a political analyst in Richmond, says that depending how the votes are going to be tallied, “some candidates could end up with one-tenth of a vote or even one-twenty-fifth.”

Or some ballots “may not rank everybody,” adds Holsworth, who says the system “is confusing.” Steve Farnsworth, a political science professor at the University of Mary Washington in Fredericksburg, agrees, saying, “it’s very complicated. This is not a way to unify the party.”

Candidates themselves are wary and dissatisfied with the new system. Candidates Chase, Cox and Youngkin wrote state GOP Chairman Rich Anderson with their concerns. At Prince George Family BBQ, Youngkin said that the issues had been resolved but he did not explain how.

Cox has been running videos on television asking delegates to be savvy on how they handle voting for him.

In the video, Cox said:  “Look, I understand that I may not be everyone’s first choice. If I am not your first choice, I’d really like putting me down as your second.” According to the new calculus, that somehow improves his chances.

It hasn’t been the only rough pull for the state GOP leadership. Recently, officials stumbled badly by deciding that delegates could not vote on a day other than Saturday, May 8, because of one’s religious view. That angered groups like Jews, Muslims and some Protestant sects. The rule was quickly changed and voting on Friday, May 7, will be allowed. 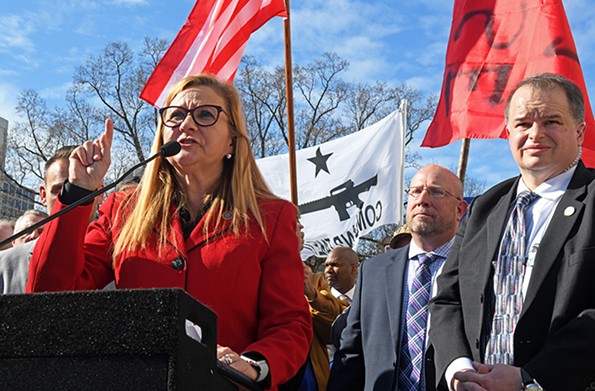 Coronavirus-related relaxations such as broadening voter mail-ins supposedly led to widespread voter fraud.  The fervor has been so agitated that some states, including Georgia, have passed laws that make it harder for people to vote.

Virginia’s Democratically controlled General Assembly has passed a law that broadens voting rights. But as it goes one way, the state GOP goes another – not with a crackdown on voting rights, but with a new convention plan that few truly understand.

So why did it go down this route? Some claim that Republicans have always been fearful of traditional primaries because in Virginia one doesn’t have to belong to a particular party to vote in a primary. That could mean that Democrats could have an unfair advantage in some areas.

The other reason is to block Amanda Chase. The state senator from Chesterfield County has been pushing over-the-top antics, such as wearing a revolver in the legislature. Her populist panache has benefitted her in polls.

A recent poll by Christopher Newport University places Chase at the top with 17 percent with Kirk Cox following with 10 percent. Most polled were undecided.

Chase’s shenanigans have been broadcast nationally and that has some Republicans, who haven’t held the three statewide offices since 2013, feeling skittish about the state’s image.

Add to that Virginia is getting bluer. It voted for Obama, Clinton and Biden – a remarkable change for a state that was once the most conservative in the South.

Although he draws strong support from some Virginians, Trump was largely ignored by many Republicans. A Chase victory would keep Trumpism alive.

“Chase would be deeply problematic for them,” Farnsworth says. In a recent example, Chase announced she was “sick” when a Minneapolis jury convicted police officer Derek Chauvin of murdering George Floyd, an unarmed Black man, by choking him while handcuffed. The slaying touched off national protests, including many in Richmond.

Cox is a safer, known entity who flashes back to days when Republicans were seen as reliable, responsible conservatives with a bent towards helping Big Business. They typically followed a steady career track – work at the party, service as a local or state legislator, or a stint as a commonwealth’s attorney. 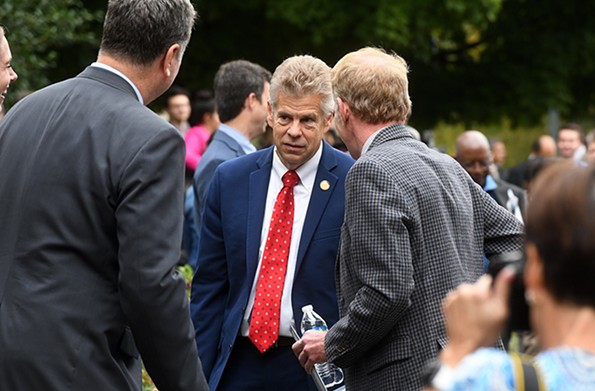 A shining example of the old-style Republicanism was Eric Cantor, a well-mannered and well-heeled scion of a respected Richmond family who was ousted by Dave Brat with tea party help.

Candidates Johnson, de la Pena and Duran don’t appear to have much name recognition. But what about Youngkin and Snyder?

They are quite similar in that they worked their way to considerable wealth and have spent much of their lives in Northern Virginia although Youngkin grew up in Richmond’s Bon Air neighborhood and Virginia Beach.

Snyder made millions in social media and by being an angel investor. According to WRIC-TV, he has raised more than $6.8 million and he and his wife, Burson, have contributed $5.1 million. Youngkin, whose net worth is listed as more than $300 million, has raised $7.6 million and has tapped $5.5 million of his own money.

The two men have unleashed a series of tough television ads accusing the other of not being conservative enough. That leads analyst Holsworth to note that the complex “unassembled convention” could be a big help for them.

“They are going to hire mathematicians to tell people how to vote,” he says. “They are appealing to the lowest part of the party. This is a battle for the Trump base.”