Scott Elmquist High school students walked out of class in April and marched to City Hall, where they protested for more education funding.

In March, there was a room in Thompson Middle School with a smell so disgusting it gave students headaches. There were two immediate culprits: buckets catching a mixture of tar and water that dripped from the ceiling and the Lysol teachers used to mask the stench.

But who really caused the smell? A School Board with a history of struggling to prioritize the district's needs? A City Council wary of forking over money? A mayor more intent on building a shiny new Huguenot High School next door?

Fingers were pointed, excuses were made. Failing test scores and other academic issues are difficult enough to solve. The smell seemed an incredible insult to pile onto the ongoing injury of a district whose struggles will continue to stunt the city's growth, making it a significant issue to Richmond residents whether or not they have children, much less if they send them to public schools.

But the ability to fix the district rests in parallel tracks of power rather than any one group or how much money can be spent.

"The reality is very few people are powerful enough to change even themselves," former School Board member Carol A.O. Wolf says. "To understand what needs to happen and what to fix is greater than the sum total of all the parts. There's no Oz."

That was especially true last year, when 24,000 students returned from summer vacation with an interim superintendent and a School Board that bounced between fighting amongst each other and searching for a permanent leader.

The board unified behind Dana Bedden in January, selecting him for his experience in the Washington schools and his perspective of education as an economic equalizer. His outsider status — having come most recently from Irving, Texas — was immediately obvious. At the grand opening of the new Martin Luther King Middle School later that month, his talk of sweeping changes came off more as a warning than a greeting.

It's a nearly impossible task for outsiders to amass power in Richmond. On the upside, a dire situation can offer an initial rallying cry behind the new guy. While he isn't Oz, Bedden knows what needs to be fixed. He moved quickly, shifting personnel and remapping the administrative office. That principal of the school with the buckets soon was out. So was the principal at Lucille Brown Middle School, who sued parents for complaining about academic and safety issues and a lack of toilet paper. Bedden brought in a former Fairfax County high-school principal to oversee secondary schools.

Emboldened by such moves, the School Board found a new voice. Unhappy with Mayor Dwight Jones' push to build a few new schools rather than fix the ones crumbling around students, the springtime leaks at Thompson and Fairfield Court elementary schools provided an opportunity to call for more funding. While building the new MLK cost $41 million, the School Board had only $1 million to fix existing buildings.

The scenes of crumbling buildings struck a nerve with students, prompting about 200 to walk out of class in April and picket City Hall. Jones, who invited them in, told the group to go to the School Board with their complaints. The students later castigated him before City Council, asking for the finger pointing to stop. It was a quick lesson in amassing grass-roots power while watching adults toss it around like a hot potato.

But the students created a focal point. "They have brought things to the surface," 2nd District School Board Representative Kim Gray says. "Richmond Public School students are willing to take risks to improve the system."

But it's the parents who are learning to link the parallel paths of power that control City Hall's purse strings and what lies on Bedden's wish list. Gray notes a recent air-conditioning failure at a summer Head Start program as evidence of increasing parent interest. The issue saw an unprecedented number of calls demanding action.

It looks as though there are leaders ready to listen. After City Council and Jones patted themselves on the back for adding an extra $7 million to the budget to fix school buildings, Bedden's new buildings supervisor issued a report in August that determined the district needs $35 million.

It's a promising start that Bedden is willing to issue that kind of challenge to Jones. In the next year, it will take more sustained interaction than one walkout to win a larger slice of the pie for schools, and so far he has the board's full-throated support. But it also will look to him for improved academic performance. Without at least modest gains in his first full year, that support could turn.

Gray says she's optimistic: "My money is on Dr. Bedden. We have to get behind him as our leader if we really want to see some positive changes." 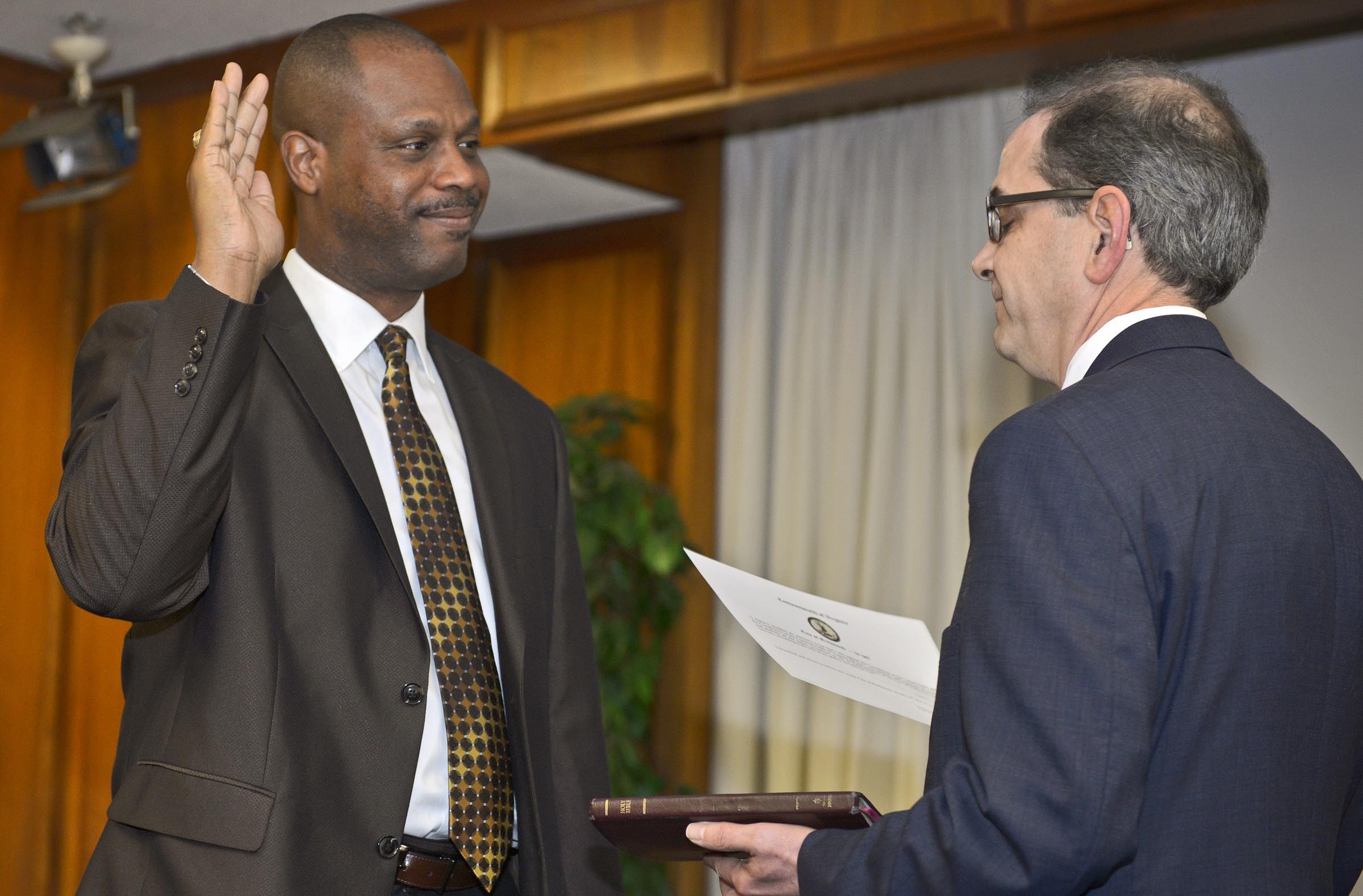 While the process of picking the next superintendent encountered a time crunch, so far it appears that the School Board chose well. The district's new chief will begin his first full academic year in September, having energized the district with unapologetic talk of removing ineffective staff and a continued push for more money. In his first few months on the job, he's managed to do both during the tug-of-war between the School Board and City Council.

Robertson has been a key ally in the mayor's plan to focus on building new schools and has pushed for more collaboration with the School Board. But where Robertson sees a new elementary school in her district and a chance to help steer policy, the board sees misplaced spending priorities and a turf battle. Robertson's team, however, controls the purse strings. That's enough leverage to keep the board in check. But Bedden's tenure is likely to illustrate that money isn't the only thing that will help the district succeed.

As one of the board's two members who has served more than one term, Gray has the fire of a rookie mixed with the savvy of a veteran. She's used both to advantage, not only hammering the Jones administration for misplaced priorities, but also riling enough public outrage to put a few extra million in the district's coffers. So far she's only metaphorically laid a dead rat at the doorstep of the city's football training facility, but there's always next year.

Coming to the board from her role advocating for the Patrick Henry Charter School, Larson has pushed for the district to confront issues that keep many parents away. What she lacks in Gray's candor she makes up for in quiet determination — and both have made an effective team in leading the board's buildings commission. She'll likely grow bolder as her tenure continues and that determination gets directed to problems beyond the bricks and mortar.

His turn at the head of the table so far has brought a divided School Board together. As the other veteran board member, he's remained largely aloof from the fractious battle over the closure of Clark Springs Elementary. With Bedden more firmly in place, Coleman's talk of attracting new teachers and more investment from the community is likely to lead to action.

After leaving the School Board in 2008, Wolf has chronicled damning evidence of the district's failures in transparency and fiscal management on her blog, saveourschools-getrealrichmond.blogspot.com. While it's heavy on the caps lock, both the facts and the results are clear. Misplaced money has been found, and number massaging has been exposed. She's behind the scenes and out front, too. And when officials talk about increasing transparency, Wolf often is the one prodding them along.

Jones' lawsuit against the Richmond Public Schools over the closure of Clark Springs Elementary probably won't end in the school reopening, but it shows the potential advocacy power that parents leave largely unused. While the trial may boil down to a grudge match between two School Board factions, seeing officials forced to defend their decisions could spur other parents to ask questions of their own.

Secretary of Education
Commonwealth of Virginia

Her father, former Gov. A. Linwood Holton, put her in the Richmond Public Schools as a political statement encouraging desegregation. As the state's new leader of education, the Open High School graduate — and wife of U.S. Sen. Tim Kaine — has the ability to publicly highlight her home district's needs. She meets regularly with Bedden, and as both settle into their roles we'll find out whether it pays to have friends in high places.

Increased parental involvement doesn't necessarily mean more confrontation. Through his Curious About Westover group, Lyle works to show that much of the success of the district will rely heavily on parents willing to invest in neighborhood schools. His work likely won't show up in budget victories or policy changes in the next few years, but his goal in winning parents over one-on-one could slowly bump enrollment numbers if more follow his lead and his template of support.

While schools continue to struggle with academic achievement, Frazier leads an after-school program that's offered middle-school children a chance to hone their skills. By focusing on middle school, the program is filling gaps at the district's weakest level and garnering more funding with each passing year. Its corporate partnerships and mentoring programs offer a model from which the district could learn.