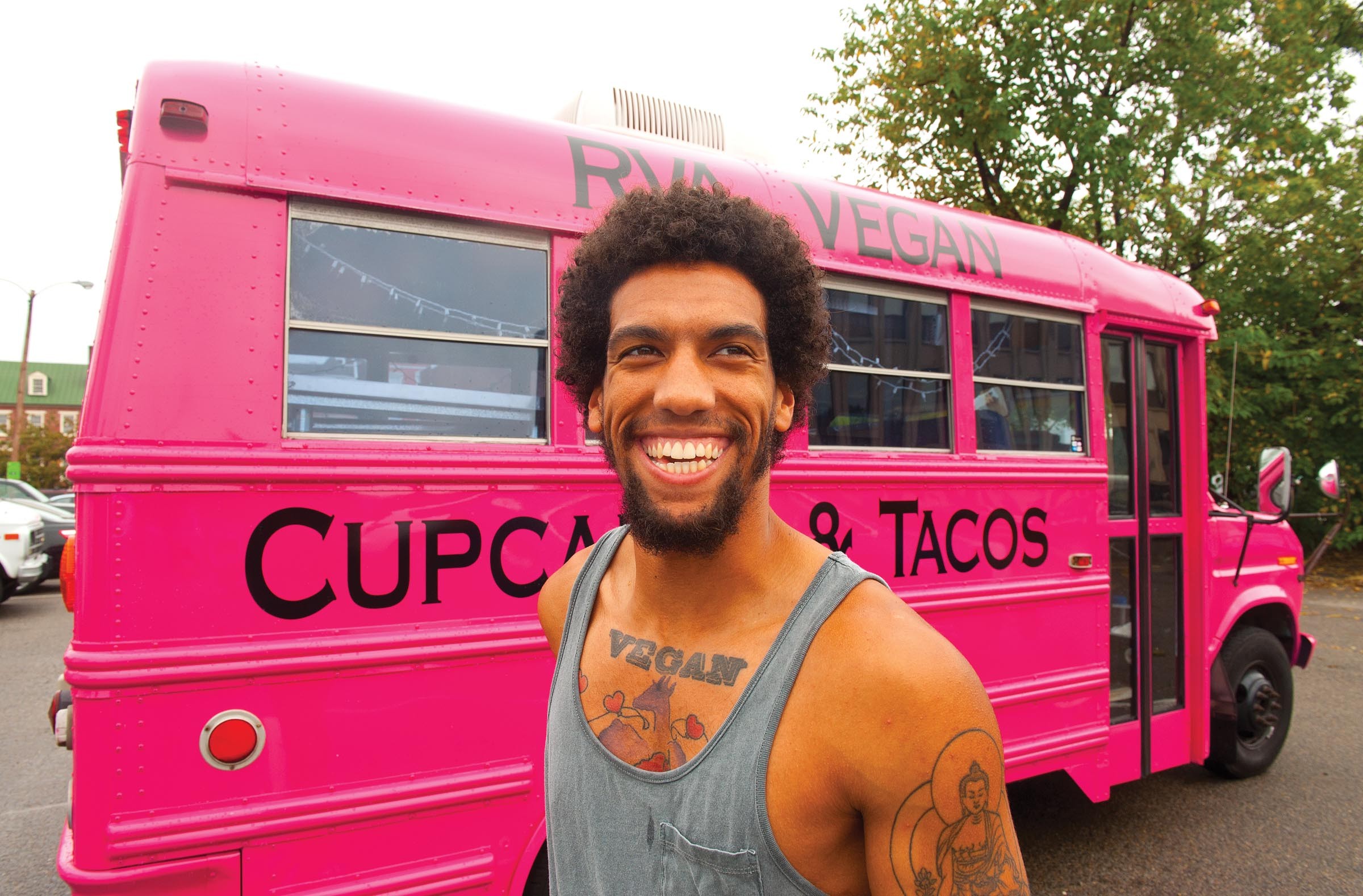 Rare is the person who gives 80 percent of his income away. Rarer still is the person who works up to 96 hours a week to do so. Ed Edge, who is considered saintly by some of his followers, grew up Buddhist, became Christian, and never met an obstacle he didn't want to take on.

In addition to his schedule as a paramedic in Petersburg and Charlottesville, the Fan District resident operates three RVA Vegan food carts and created Have Heart, free fitness and nutrition training for people living in local housing projects. "If I say this is going to happen, it will," Edge says. "I guess I can be taken seriously after I've gone through enormous opposition. It's helped me be supercreative and results-based."

Edge's food trucks make money for daily feeding programs and his salary pays for professional trainers to bring their workouts to the city's most impoverished residents.

"Every single dollar is going to something amazing," he says of his personal philanthropy. "To see women in their 30s who are morbidly obese sweating for an hour — they'd never go to a gym," he says, but they'll go to an exercise program where they live. Another of his nonprofit ventures, Christ Cycles, gave away more than a thousand bikes during a two-year run.

One of his nominators, DeeVa Payne, puts it this way: "Edge is the most selfless human being I have ever met. His life is about helping others no matter what the cost. I would challenge anyone to find a more selfless human being who wants to change the world, starting with Richmond."

"My gift is passion and love, and so I feel like it's my job to use that," Edge says. "I've been gifted with a huge heart — that's my superpower."