A new exhibit digs into the lives and science of the Romans before the big boom. 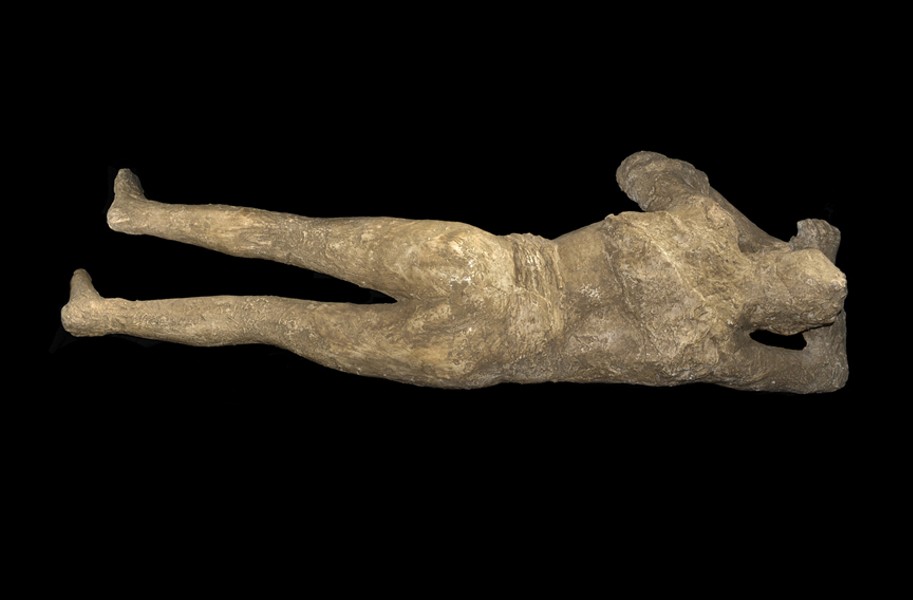 It's hard to imagine which is the more unlikely revelation about the ancient city of Pompeii: that people used wooden cranes for construction or that they used bronze speculums for medical examinations.

The Science Museum of Virginia 's fascinating new exhibit "Pompeii: the Immortal City" reveals all that and more by combining history, art and, of course, science to provide visitors with an in-depth and surprisingly intimate look at how Romans in the first century lived.

While most people's initial reaction to the mention of Pompeii has to do with the volcano's eruption, this exhibit looks at the surprisingly sophisticated lives of the people who were ultimately buried by volcanic ash.

"These artifacts have never left Europe before," says the museum's director, Rich Conti, who's known as its chief wonder officer. "They tell so many stories of such texture and depth, allowing us to see the science and technology in everything they did."

Created and produced by Tempora, a Brussels company, the multimedia exhibit's debut in Richmond kicks off a North American tour based on the scientific research of the Museo Archeologico Nazionale di Napoli and the Museo Galileo Istituto e Museo di Storia della Scienza. The resulting collaboration, which took a month to install, balances aesthetics, history, playfulness and science for a must-see exhibit of 116 objects with entry points for almost everyone.

The immersive experience begins with a three-minute film shown in the round. Without a bad vantage point, the circular theater allows visitors to get a sense of Pompeii's residents going about their daily lives on that fateful day in October 79 A.D. But before long, the volcano begins to erupt and viewers watch as smoke, ash and volcanic rock begin to overtake the city and its inhabitants. Watching people be engulfed feels claustrophobic and deeply disturbing.

Yet stepping out of the theater reveals Pompeii as the accomplished civilization that it had been. An art lover will find marble sculpture such as "Artemis (Diane) the Hunter" and framed frescoes of still-life scenes depicting fruit and fauna. Jewelry lovers can swoon over a gold serpentine bracelet or gold and pearl earrings that look stylishly contemporary despite their age. Devotees of decorative arts will marvel at an intricate and adjustable bronze candelabra nearly a yard high.

Many of the necessities of wine-making are on display, along with signs indicating the wine the Romans made was pretty awful, necessitating the addition of herbs to mask taste absorbed from the filthy amphoras in which it was stored. A marble sundial sits under a moving screen of the star-studded night sky. And because the Romans didn't hesitate to perform surgery, on display are many kinds of surgical tools, including a speculum.

One of the Italian curators who viewed the exhibit before it opened posited that of all the objects on display, it's glass that's the most impressive.

"She said glass is a magic material and look at what they were able to do with it," explains Jennifer Guild, the museum's manager of communications and curiosity. "Think about how it changed their lives to have glass in their houses."

Many of the scientific aspects of Pompeii are on display, too, using models such as the crane, which was used to lift capitals onto the top of columns. A working odometer, used to measure distance, can be activated with the push of a button, allowing balls to drop and measure revolutions of the cart's wheels. An olive oil press speaks to the importance of the oil in all things culinary.

Many of the most ordinary objects are bronze — a bathtub too narrow for many 21st century bathers, a fish hook, a decoration from a fountain in the shape of a dog's head — and speak to the beauty that was inherent in everyday life in Pompeii.

"It's proof that life hasn't changed that much in 2,000 years," Guild says. "We still need problem-solvers to figure things out and makers to create them."

The exhibit ends in a darkened room with two casts of recovered bodies of people buried in the ash, their forms face down and their faces shielded. It's clear from their position that they knew what was happening because the ash took several days to blanket the city. It's only the start and finish of the exhibit that remind viewers of the horrors Pompeii experienced, with the exhibit's focus on everything that preceded it.

"You may know some of the history or the beautiful artwork, but with this, you'll also learn the science," Conti explains. "Our job is to connect people to the science around them." S