How do you put a broken neighborhood together again? 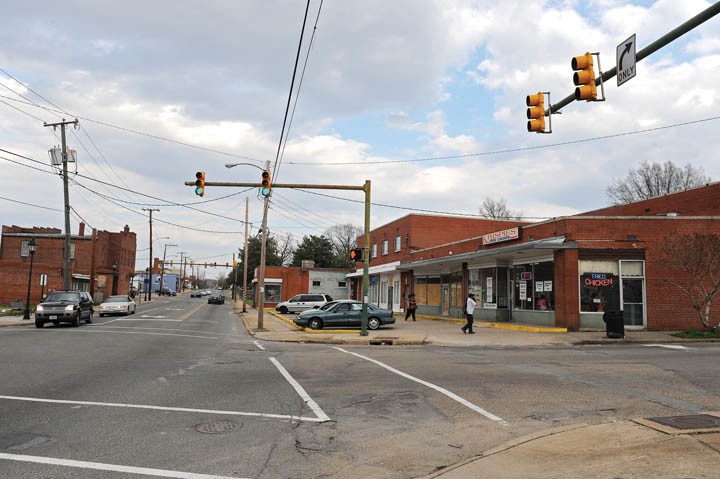 Greater Fulton is a desert island.

This community of some 5,000 people in the far eastern end of Richmond has no library. No hospital. No school. Only scraps remain of the once-thriving business district. The city demolished a huge swath of the predominantly black Fulton neighborhood in the 1970s, leaving a gap that hasn't closed.

On the face of it, Fulton doesn't have much. But it does have fiercely loyal residents who are willing to do whatever it takes to build some bridges to their island. After securing some money and expertise, longtime residents hope that after 40 years their community finally will be healed.

Fulton is just minutes past downtown Richmond. But its curious, hilly geography makes it feel miles away. White Oak Village on Laburnum Avenue, the nearest major shopping center, is a short hop in a car — but, because of required transfers, an hour and a half by bus. It takes another hour by bus for Fulton dwellers to reach neighboring Church Hill.

To get to Greater Fulton, follow Main Street east, past Poe's Pub and the excitingly decrepit Fulton Gas Works, and swing around past Gillies Creek Park. The new, vinyl-siding homes are what replaced the close-knit Fulton community. Keep going on Williamsburg Road and up to Fulton Hill, where homes both shoeboxlike and stately share stunning views of the James River.

It's not one of the city's very poorest communities, and thus has been "somewhat overlooked," says Veronica Jemmott, a senior program officer for the Local Initiatives Support Corp. Residents echo that feeling, saying Fulton is "the red-headed stepchild" of both Richmond and Henrico County.

The result is that "Fulton is the community that's on the brink," Jemmott says: a neighborhood in transition that may decline without active intervention.

That's why the national nonprofit, which funds community revitalization, chose to intervene. In September it hired community organizer Jason Sawyer to guide the creation of an all-encompassing rebuilding plan for Fulton. "We're looking to reshape the neighborhood in such a way that meets the community's needs," Sawyer explains.

Residents jumped at the opportunity. Community leaders, business owners, teenagers and residents came out to various meetings to say what they thought. A core group divided into teams to tackle Fulton's specific needs.

The plan they've drafted won't be one of those fat volumes of daydreams destined to sit on a shelf, Jemmott says. The corporation requires that each item in the finalized plan have a sponsor — an organization or business that has committed to make it happen.

Nonprofit ElderHomes offered to address senior housing needs. Antoine Green, a member of the Patrick Henry charter school board, agreed to be Fulton's partner in its efforts to get a charter school. And the Capital Area Health Network said it would consider opening a clinic in the neighborhood. Already, Sawyer says, "we're seeing things happen that we thought would take years."

But some thorny questions remain. First: What can neighbors do to restore the commercial center at Government and Williamsburg roads? The intersection is occupied by Krispies' Fried Chicken, Quick Mart 1, Joyce's Beauty Lounge and several empty buildings.

Dru Gillie, president of the Fulton Hill Community Business Association, says the association used to work hard to help businesses spruce up their exteriors and combat litter. But the group was small, and members got tired. "We needed some help from somewhere," Gillie says.

Now that neighbors are turning out in force at the community meetings, the city's paying attention to the state of the area again, Gillie says: "But that doesn't really get you new businesses."

Residents recognize they can't snap their fingers and make their fondest wish — a coffee shop or restaurant — appear. They'll begin by taking stock of the commercial buildings available and encouraging services, like the clinic or a library, to move in first.

Last week Jemmott announced that the nonprofit had chosen Fulton as one of three neighborhoods in the country to receive $100,000 grants to get experienced business-development consultants to conduct a market analysis of the area. (Ironically, one of the comments made in an earlier public session was "Stop bringing in consultants from the outside to say what we need.")

Another tough question is how to memorialize Fulton's history, which "has been really ignored," resident Rebecca Fralin says. Residents want to establish a trail and monuments for the significant sites: the place where Abraham Lincoln arrived at the end of the Civil War, where John Smith and Christopher Newport met Powhatan, and where Vice Adm. Samuel Gravely Jr., the Navy's first black flag officer, was born.

The recent, still-raw history of Fulton needs to be told too, including the racial frictions and the destruction of so many homes. One community goal is to film a documentary with interviews from old Fultonites, Fralin says.

On May 7, Sawyer says, the nonprofit-sponsored group will unveil its finalized plan at a big community celebration. It'll take time to do it all, but things are happening fast, he says: "We're actually moving into the 'how.'" S