Will the mayor’s missteps have a tangible effect on his re-election bid? Don’t hold your breath. 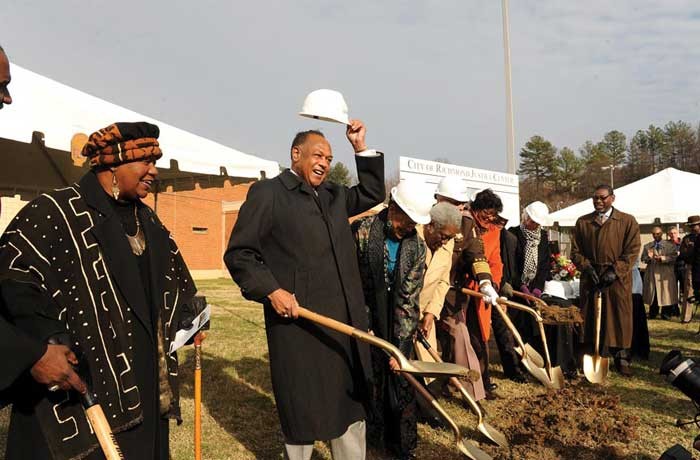 To stop the (political) bleeding. … To diffuse a potential scandal. … Or at least to appear proactive. … Go ahead, pick one. Given the circumstances, all three are plausible explanations for Mayor Dwight Jones' firing of Dianne Gadow.

Hired by Jones in 2009, the superintendent of the Richmond Juvenile Detention Center was relieved of her duties last week after two years on the job. Just days before, the Virginia Board of Juvenile Justice placed the center on probation after finding persistent safety issues hadn't been addressed, among other problems.

The message from the mayor was clear, or so some City Hall insiders suggest. "What it shows is that he is holding people accountable," Byron Marshall, Richmond's chief administrative officer, says of his boss.

But in the wake of a series of very public screw-ups, how politically damaging is this latest tussle for Mayor Jones?

It's been a tough six months for hizzoner. Questions about the bidding process for the contract to construct a new, 1,032-bed city jail sparked a months-long fight with some members of City Council. Jones eventually got his jail, along with the contractor he selected, but only after city administrators were forced to address multiple embarrassing missteps — and dodge accusations of unfairness — along the way.

Jones now heads into an election year with a blemished record, and with his critics emboldened. But 5th District Councilman E. Martin Jewell says what really burns is the mayor's "lack of engagement." Asked about Gadow's removal, Jewell says the mayor should have "fired higher." The problems at juvenile detention center are old, he says. Yet City Council was never briefed on the issues.

Indeed, the juvenile center that Gadow was brought in to oversee suffered long-term problems. Back in 2009, the facility was placed on probation for five months. But it wasn't until King Salim Khalfani, state director of the National Association for the Advancement of Colored People, began raising allegations in the fall that City Council became aware of the problems, Jewell says.

A November report by the city auditor, and a more recent inspection by Department of Juvenile Justice officials, found both old problems and new. Unreliable electronic door-locking mechanisms, disorganized training records and other safety-related problems all were cited in reports later presented to the state Board of Juvenile Justice. That was Gadow's downfall, one City Hall source says: "Not only did she not correct problems, but under her watch conditions returned to where they were while problems multiplied."

But even with those failures, the problems aren't likely to have any major impact on Jones, the mayoral candidate. Thad Williamson, a professor of political science at the University of Richmond, doesn't buy that the detention center will be much of factor in the November elections.

The problem seems to have been diffused, he says. "I could imagine someone citing it as a part of the narrative about how things had gone wrong in the city," he says. "But I don't think that there's a strong case that the mayor has been negligent. The strength of that critique depends on who is going to be running against him."

About that: nine months out from November, Jones has yet to announce whether he's running for re-election. His senior policy adviser, David Hicks, says that Jones will announce his intentions "at the time he feels it's appropriate."

More significantly, no candidate has emerged to challenge Jones for his seat. With no opposition, the political costs of a scandal are minimal.

Regardless of when opposing candidates present themselves, the incumbent Jones will be tough to beat, Williamson says, especially if he's taking steps to correct perceived problems.

Last week, in the halls outside of City Council chambers, Marshall said that Gadow's firing has prompted a top-to-bottom review of juvenile detention center and the city Department of Justice Services, the body that oversees it.

"We feel it's necessary to look at leadership at Justice Services and RJDC both to determine ways that we can be effective," he says. Both are working to help determine what's needed to "improve the perception and the reality of the agency," Marshall says.

Meanwhile, Richmond Commonwealth's Attorney Michael Herring has begun a criminal investigation into allegations that employee training documents held by the center were forged.

But some won't be satisfied with anything less than results.

"The firing of Gadow isn't a cure-all," 3rd District Councilman Chris Hilbert says. "The end game would be to get the job done right for the employees and detainees." S