Virginia Richmond, 31, drove an hour and a half Monday morning to attend her first-ever rally. The Spotsylvania resident traveled solo to the Virginia State Capitol to join a crowd of “counterpartiers” and to stand up to members of the Westboro Baptist Church, who invited themselves to Richmond.

The Kansas-based hate group, known for taking its inflammatory anti-LGBTQ rhetoric on the road to insist that things like natural disasters occur because “God hates fags,” announced a couple weeks ago that it would gather outside the Capitol to protest the existence of Delegate Danica Roem, D-Manassas, Virginia’s first-and-only openly transgender legislator.

It didn’t take long for local musician Randy Blythe, frontman of the well-known metal band Lamb of God and friend of Roem’s, to take notice. On Friday afternoon, Blythe sent out a call to “all freaks, weirdos, misfits and regular people of good conscience,” encouraging them to show up Monday morning for a counterparty. The announcement was clear that the event was a celebration, not a counter-protest, “because that would entail arguing with these idiots (which is USELESS).”

“I just really wanted to stand up for LGBT rights and for Danica,” Richmond says after the event ended and people wearing tutus, Halloween masks and rainbow hats began to disperse. “I just really wanted to get involved somehow because she’s special, you know. She deserves to be an elected official without Westboro coming and bashing her. It’s just wrong.” 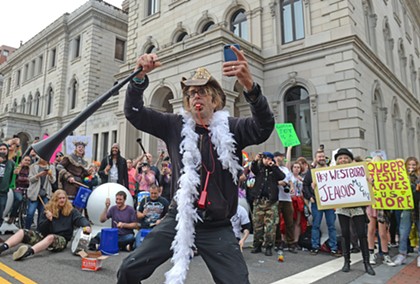 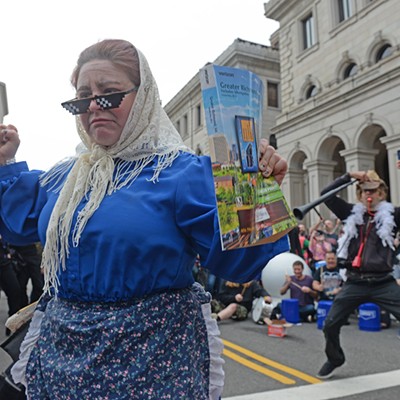 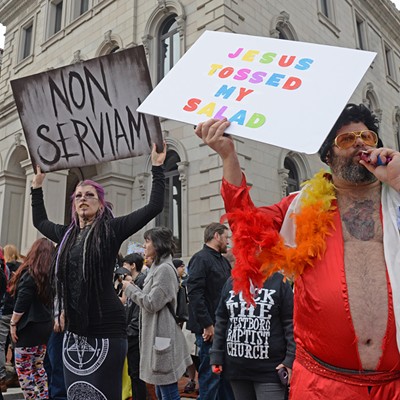 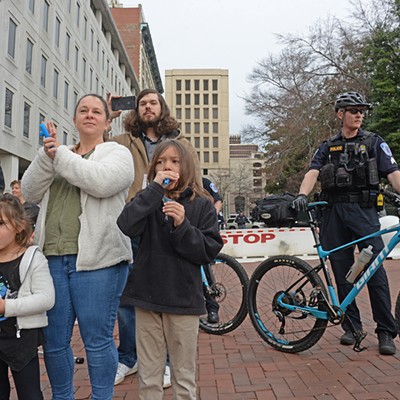 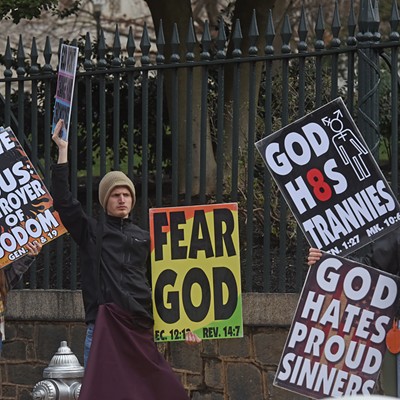 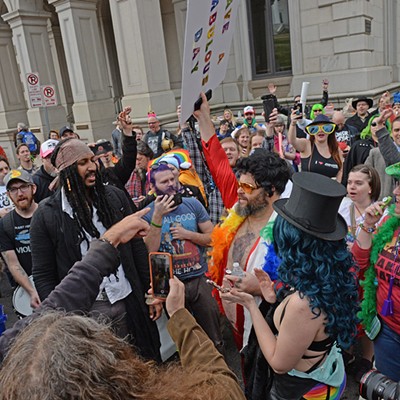 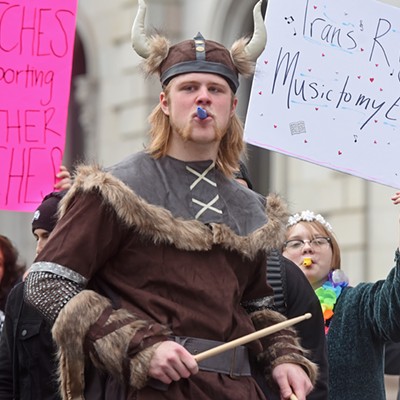 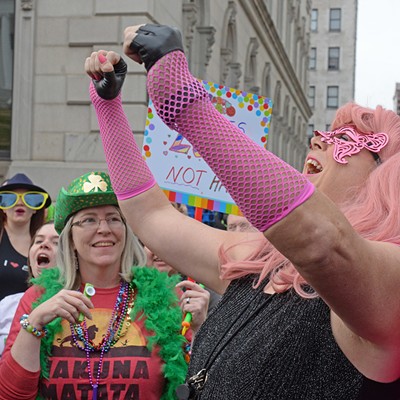 About a half-dozen members of the Westboro Baptist Church arrived at the Capitol a little before 9 a.m., bearing signs with phrases like “God made you male or female. Be content and obey him.” Meanwhile hundreds of others held multicolored poster board with “Queer Jesus loves us more” and “God = Love” written in bright block letters. The atmosphere was overwhelmingly joyful: Blythe conducted while folks hummed away on fluorescent kazoos and drummed on upside-down plastic buckets, and a demonstrator strutting around in an Elvis outfit won the costume contest. The Westboro members scampered off the grounds before 9:30 a.m.

“We crushed them,” Blythe told Style afterward in a text message. “Total success.”

“It was very exhilarating,” Richmond says. “It felt good. It felt like it was for the right reason. It wasn’t just show up and party, it was directed totally toward Westboro, and it was just exciting.”

For Richmond, this demonstration was personal. She recently left a church that she describes as suppressive and “even cultlike,” and a couple months later she came out to her friends and some family members as bisexual.

As she pauses to consider a question, a fellow participant in the counterparty breezes past her on the sidewalk and declares “May they burn in hell where they belong” with a knowing nod. Richmond grins.

“I’m just ready to tell the world that it’s not right to treat gay people, trans or bisexual people like they’re scum,” Richmond says. “They’re just like everyone else.”

On March 1, Roem posted to Facebook: “My response to the Westboro Baptist Church protesting my existence — and please use this quote in its entirety as I put the amount of thought the situation warrants into it: ‘Meh.’” She also encouraged supporters to donate to her re-election campaign, which she promoted with the hashtag #WestboroBackfire.

As of Monday, March 11, Roem had raised more than $30,000. According to a Facebook post, the donations came from more than 850 people from all 50 states and Washington. She describes it as “an incredible display of people power as every single one of those donations came from individual human beings — not organizations, PACs or other entities.”