by Ryan Murphy and Amir Vera

Bill Tiernan Missing guard rail along a section of the Chesapeake Bay Bridge-Tunnel where a tractor-trailer went over the side at the 15-mile marker southbound, killing the driver of according to officials Thursday afternoon Feb.9, 2017.

A plunge off the Chesapeake Bay Bridge-Tunnel is almost always deadly. For a few miraculous minutes Thursday – when a man was spotted standing on the trailer of his rig, bobbing in the bay – it seemed like this crash would end differently.

But Joseph Chen, 47, of Greenville, N.C., died on the way to the hospital after being plucked from the trailer by a U.S. Navy helicopter.

Chen’s tractor-trailer went off the southbound span in blustery weather shortly before 12:30 p.m. at the mile marker 15, near the Eastern Shore side of the tunnel, said Tom Anderson, the CBBT’s deputy director of finance and operations.

According to National Oceanic and Atmospheric Administration data buoys, the water was 45.5 degrees when the truck went over.

Naval Air Force Atlantic spokesman Mike Maus confirmed that a Navy crew assigned to Helicopter Sea Combat Squadron 2, based at Naval Station Norfolk, was in the area and retrieved the driver.

“They were on a routine training flight and saw the wreck,” Maus said.

Two Coast Guard helicopters also responded, along with a Coast Guard cutter and two other vessels dispatched from Portsmouth.

The accident is under investigation. 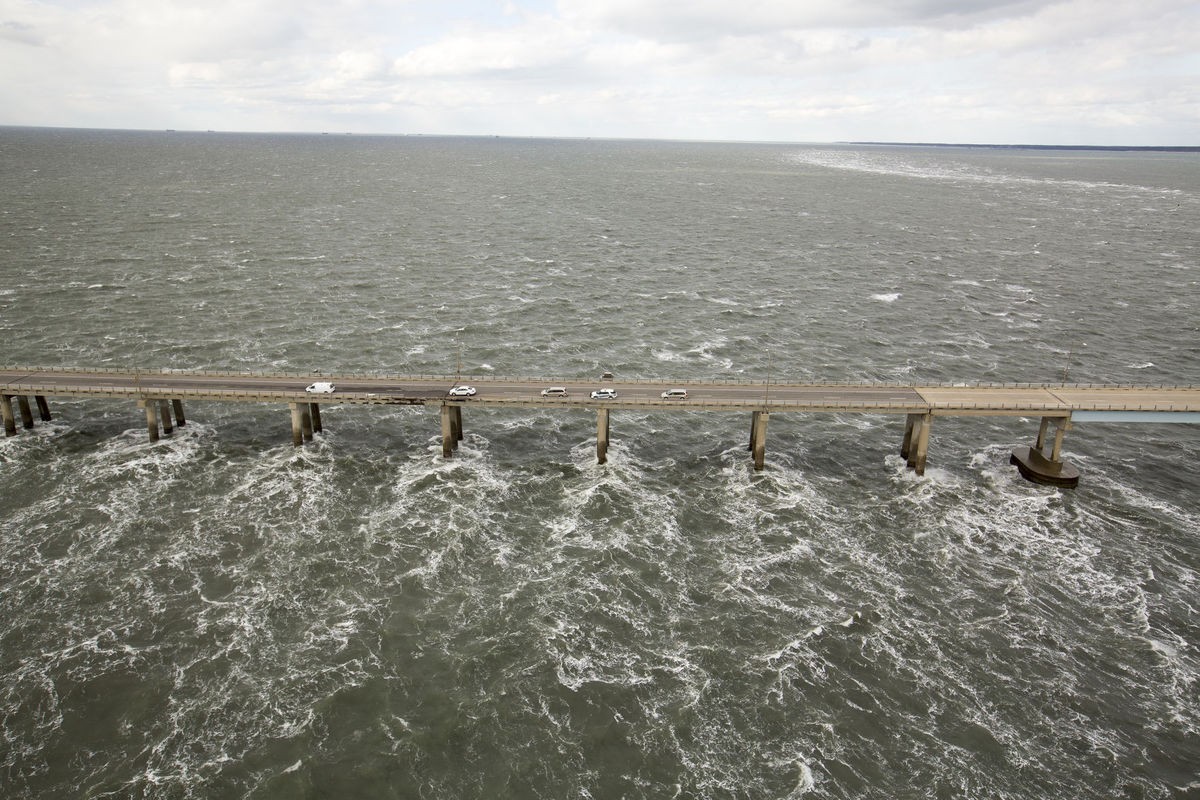 That was the thought of Armistead Perry, a longtime friend of Chen’s, when he heard the news.

“Get him out of that truck and back to his family.”

“He was off the chain,” said Billie Jo Chen, the driver’s wife. The two would’ve celebrated their 10-year anniversary in April. “He was an awesome husband.”

Billie Jo Chen said her husband had two children, a son and a daughter, from a previous marriage. She and Joseph Chen did not have children.

Chen had been driving for Evans Transport LLC for about 10 years, Perry said, and had been a driver for about 20.

The transport company, based in Washington, N.C., had no comment when reached by phone.

“Joe’s a great guy,” Perry said of his friend, who loved motorcycle riding. Chen was the president of a local motorcycle club in Greenville.

“He would do bike rides for those who were sick or in need,” Perry said. 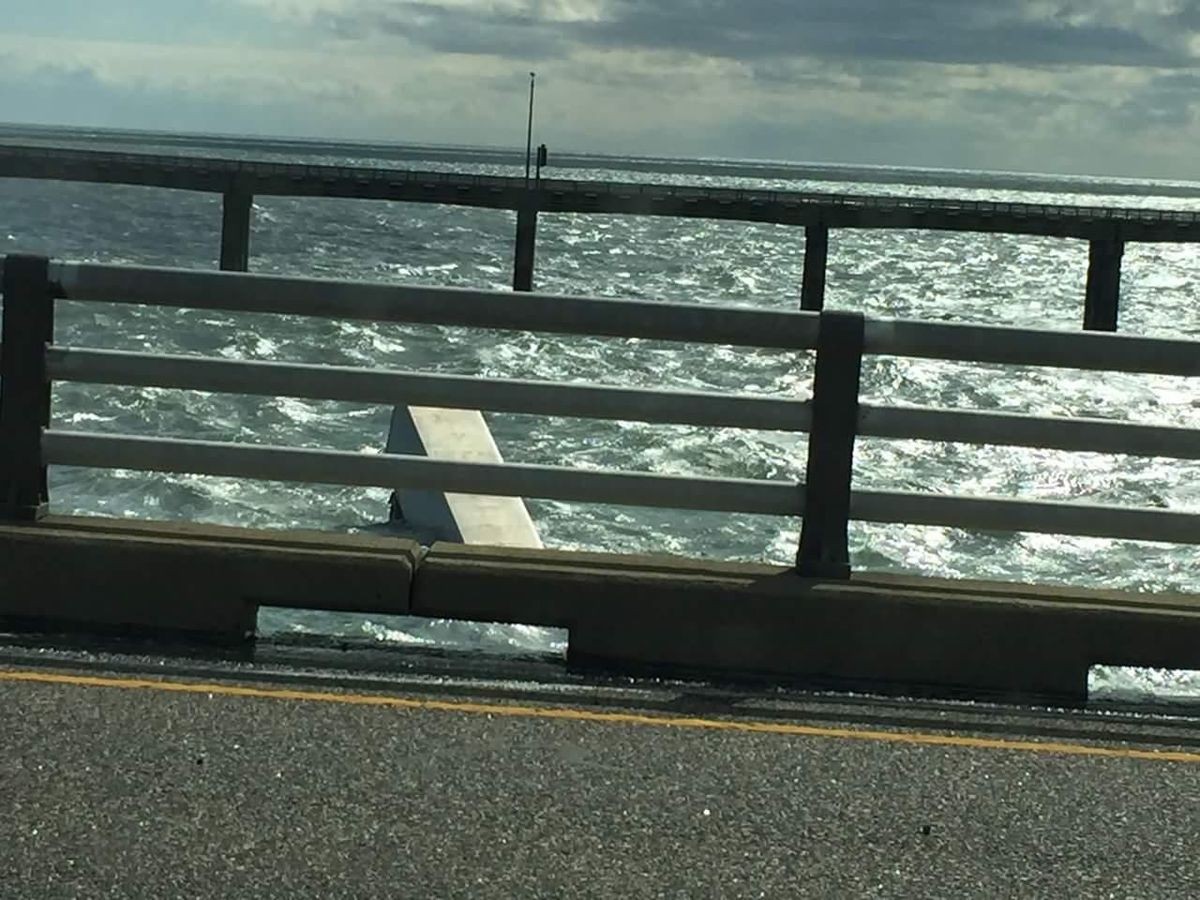 A photo from a bystander who was in a vehicle on the bridge shows the back half of the trailer sticking out of water between the two spans, with the cab submerged. By 2:20 p.m., Anderson said, the entire rig was submerged about 2 miles east of the bridge.

Shortly before the crash, officials declared a Level 1 wind advisory, with winds over 40 mph.

At that level, camper trailers and other towed cargo are not allowed to cross the bridge-tunnel.

A half-hour after the crash, restrictions were hiked to Level 2, with winds gusting over 47 mph. In order to cross during a Level 2, tractor-trailers must be loaded with more than 30,000 pounds of cargo.

Ten vehicles – seven trucks and three cars – went over the side of the CBBT between 1964 and 2011, according to Virginian-Pilot archives. Only one person survived.

Since then, a truck driver drowned after crashing into the water in May 2014. It happened at the same mile marker, but on the northbound span.

In 2016, an Eastern Shore truck driver crashed through the side rails and survived. At the time, Anderson said the man was lucky to be alive.