Patterson Hood of the Drive-By Truckers reflects on the past, looks ahead and digs into his band's Richmond roots 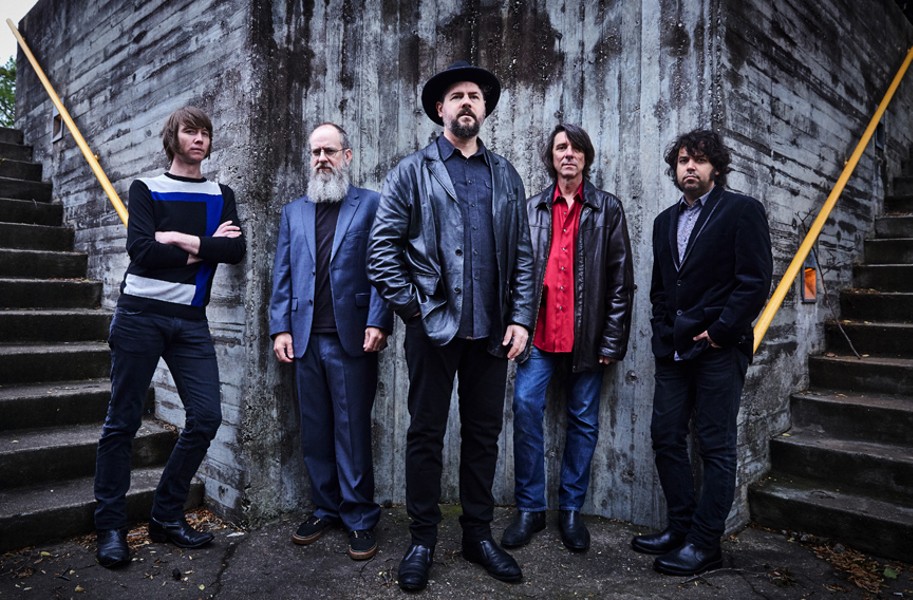 In a 2013 piece for the website Stereogum, I wrote that the Drive-By Truckers are "perhaps the greatest extant American rock and roll band," and I stand by it.

Over the course of 11 studio albums, the band — now spread out between Athens, Georgia, and Portland, Oregon, — has created as consistent and rewarding a discography as any of their rock 'n' roll forebears.

The last Drive-By Truckers album, 2016's fiercely political "American Band," specifically addressed the grim realities of the current administration without sacrificing the band's trademark snarl and crunch. There are few more astute chroniclers of the human condition than songwriters Patterson Hood and Mike Cooley, whose songwriting partnership stretches back more than two decades.

In advance of the band's co-headlining bill with Lucinda Williams at the National on Feb. 9, I spoke with an affable and insightful Patterson Hood about looking back, looking forward, and his band's deep Richmond roots. The following interview has been edited from a much longer conversation.

Style Weekly: My sources say you spent the fall recording in Memphis. Does this mean we can expect a 2019 album?

Patterson Hood: Yeah, definitely. It'll probably be a September release though. We toured two and half years on the last one, so we wanted to take some time off this summer to have a little bit of downtime with our families and everything. I'm excited about the new record, though. I think it's a good one.

I know you're a news junkie. Are you ever tempted to unplug, if only for your own sanity?

Yeah, a lot. And I have had to taper it back because I was taking in too much, and I believe it was affecting my mental health. But for the first time in two years I'm starting to feel a little hopeful again; even though we've got a long way to go, at least the midterm elections that happened will definitely limit [Trump's] open-ended ability to do every little thing that pops into his head while he's taking a shit tweeting at 5 in the morning. That's a start.

Drive-By Truckers is a band with deep Richmond roots. What do you think is the reason you guys gained such a strong following here early on?

Well, Wes and Jyl [Freed] had a lot to do with that. Our first show in Richmond was a sold-out show in a room way bigger than we would have played because we were invited to play the Capital City Barn Dance. That put us in front of a lot of people who became fans. There are people who first saw us at that first Barn Dance was who still come to see us to this day.

Yeah, you guys are almost like an honorary local band here in Richmond.

I spent so much time in Richmond during the late '90s. I love Richmond. I still have so many close friends there. Jay Leavitt who owns Deep Groove Records is from my hometown. He's a lifelong friend.

Yeah, I've seen your photo in Deep Groove! Last year, you finally released the album by your and Cooley's pre-Truckers band, "Adam's House Cat." When you listened back, did you recognize the young man playing those songs?

It had been so long since I had even heard any of that stuff that I didn't know how I was gonna feel about listening to it, but it was amazing. My New Year's resolution was to release it this past year. I always tend to make cool resolutions [laughs]. I'm not gonna waste a resolution saying I'm gonna quit eating something I love to eat; I'm gonna try to do something productive. So that was a good one. I ended up redoing the vocals for the rerelease because there was one song ["Shot Rang Out"] that we'd recorded but dropped from the record before we cut the vocal take, and so when I heard that song I thought "God, what were we thinking? That should definitely be on the record." So I was like "I'm gonna sing it — I wonder how it will sound next to what I'd already done." I did it really quickly and it came off really good, so I thought "Let's just see what happens," and I just re-sang the whole album in two hours, all live. And it was crazy because I hadn't sung those songs in years; I couldn't believe that I was able to remember the words! It was like channeling 26-year-old me through 54-year-old me. I know some people were skeptical about the idea [of rerecording the vocals] but I think everyone who's heard the record agrees it was the right call.

Well, I reckon if Springsteen can rerecord his vocals, so can the Drive-By Truckers

Yeah! And I guarantee you he didn't do it as quick and off the cuff as I did it! [Laughs].

The Drive-By Truckers perform with Lucinda Williams at the National on Saturday, Feb. 9, with the all-ages show starting at 8 p.m. Tickets cost $30-$35. thenationalva.com.