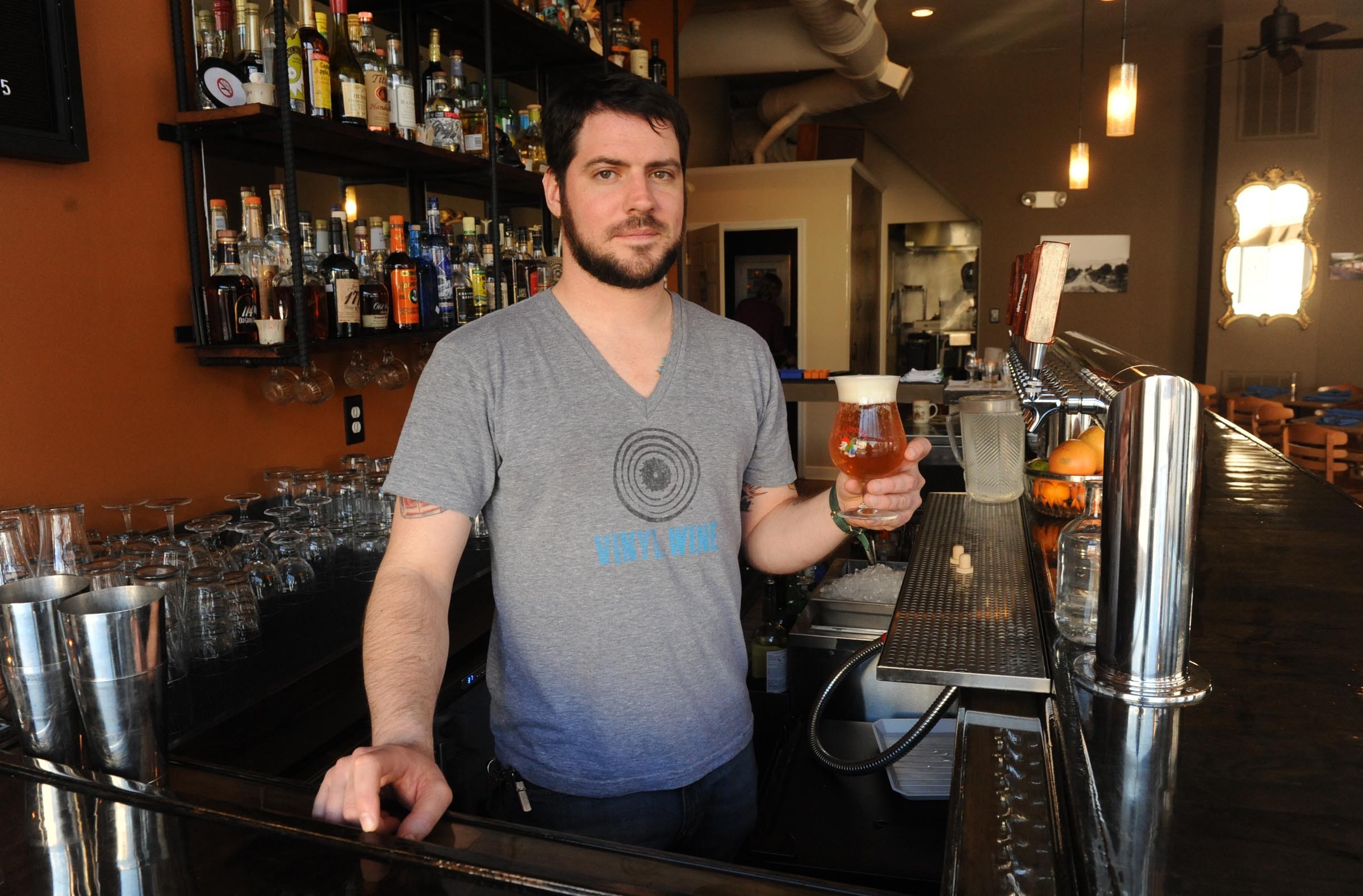 At the new gastropub Saison in Jackson Ward, beverage manager Chris Elford brings expertise culled from jobs in New York, practical training behind the bar and "thousands of pages of reading about cocktails and beer on the subway."

Although he's a cicerone, meaning he's certified in beer service standards, he credits Saison co-owner Jay Bayer with teaching him about beer. "The guy is a badass," Elford says — "he's so on point with his knowledge." We asked him for some insight into a career that's about beer, but mostly about people.

Style: Why beer? And what are you drinking these days?

Elford: I love it, that's pretty much it. As a category I like gose [goze-uh], a very low-alcohol, kind of archaic German style. It's like so many others that fell victim to the popularity of the pilsner — some of these niche styles just fell by the wayside. It's brewed with a high salt content, and sometimes one or several spices like coriander. It's unfiltered and has a lot of character.

Does the modern beer drinker get a little too involved?

We used to joke at the cocktail bars in New York [Elford worked at Proletariat, among others] that there's never been a job where you're doing something and constantly explaining what you're doing. You create a monster, an inquisitive monster. It's fun, they're excited, and honestly those people bring more guests into the restaurant than someone who is just out to get a buzz.

Why do you think Richmond is such a beer town?

Richmond has been a very advanced beer town, I would say, for the better part of three years now. You can go to any place and get good beer, so my job is easy. Richmonders have an uncanny ability to see through bullshit. And there's a lot of bullshit in the wine world and the cocktail world. Beer is the people's drink — it's affordable and approachable. Beer people I've noticed tend to have a love of traveling, are better storytellers. Beer people are just cool.

Is the emphasis on pairing beer with food a distraction from the simple enjoyment of beer?

The funny thing about pairing is, it's a very cerebral way of drinking, which I would say 99.9 percent of the time people aren't doing. Ordering a beer and a steak, I'm not going to pair those things. Sometimes you just want to eat and talk and maybe get drunk … you have to be in a specific mood to want to think about both of those things, to bring them to the front of your consciousness. I don't even tell people I'm pairing, I just recommend. If someone's at the bar and gets a savory stew, I want to give them something refreshing to cut the unctuous nature of that dish. It's something we offer because beer deserves that, and food deserves that, and people are paying for it.

What are the downsides of your job?

At any restaurant I'm always watching how they do things. And I have the burden of knowing off-tasting beer. I am too nice to send beer back, but I know when I taste beer that's been mishandled. It's just hard for me to sit there and enjoy that. I can't turn that off.

How do you cut through the hype about a certain beer to know what you like?

I don't read beer reviews. I try to form my own opinion. That means you have to analyze it by yourself. It's a fun task, and there's a lot to sift through. I try to judge beer by expression and individual bottling. I try to be very honest with myself about my predispositions, and I know that I'm predisposed to like those beers I've heard to be good.

What still needs to happen in brewing?

I want brewers to get paid. They do not make much money. Any one of these Virginia brewers could talk me under the table — they have to be a biologist, a chemist, it's manual labor, they have to have a good palate, to be able to manage people and resources well. I want them to have their buzz beers out there because I want them to be paid.

What's involved in your nightly work?

The overwhelming majority of the work that I do in prep is on the cocktail side. One thing that we're super focused on is clean and polished glassware. That's something you do all night. I usually leave at 3:30 [a.m.], and that last 20 minutes of the night is spent polishing glassware.