Liquor prices will increase on Dec. 8. Here's how much. 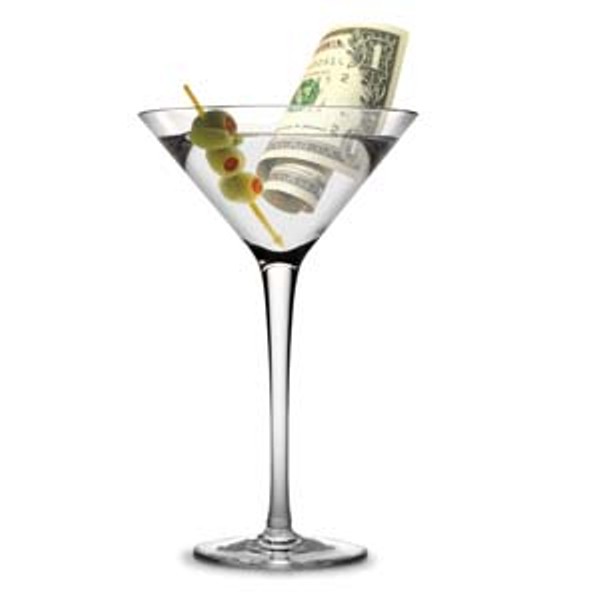 There wasn't much hesitation when the time came for the Virginia Department of Alcoholic Beverage Control board to pass the motion to increase liquor prices in Virginia. With an aging computer system, along with a reliance on paper records to handle supply, shipping, billing, licensing and point of service for retail stores, the precarious state of the retail side of the ABC was the board members' focus.

"In order for this golden goose to continue to deliver strong performance to the Commonwealth," said chief operating officer Travis Hill, "it must be allowed use some of its profits to provide for maintaining and updating its operations, as you would for any business." Last year, the ABC contributed $140 million to the state's general fund, as well as another $168 million in taxes.

The ABC's computer system is 15 years old and currently, the company who sold it to them is out of business. Hill worries that the third-party technical support for the system that it relies on will soon disappear as well. He also stressed the importance of implementing an online commerce site to help customers, licensees and to increase profits.

There was a comprehensive public comment period prior to the meeting. All suppliers on record were emailed and encouraged to submit suggestions and meet individually with board members. Twenty responded.

At the public comment portion of today's meeting, only Scott Harris of Catoctin Creek Distilling Company spoke. He suggested that a store-within-a-store concept should be considered -- a designated area within a grocery store that would be manned by it for sales commission -- instead of a markup. Although this prompted a lot of discussion, the board felt it needed more review.

In the end, the only real issues under consideration were how much of markup would be implemented and when. An across-the-board increase of 1 or 2 percent was deemed too onerous, and instead, rounding the price to "the nines" was proffered as an alternative. (Stay with me here.) Currently, after excise taxes, bottle prices are rounded up to the next nickel (which makes all prices end in either a zero or a five). By rounding up to nine instead, prices could increase by either 4 or 9 cents. It's a small change, but it could create an additional $1.5 million in profits.

Commissioner Judy Napier wanted the price change to go into effect on Dec. 1. Both chairman Jeffrey Painter and Sen. Henry Marsh thought that because of the upcoming holiday, that goal would be too difficult for both the ABC and suppliers to meet.

Instead, in the motion that passed, the price markup will take effect on Dec. 8. By rounding to "the nines" and increasing the case-handling fee, the average $15 bottle of vodka or bourbon will increase by 24 to 29 cents. (Tiny 50 ml bottles will increase by 15 cents.)

Catoctin Creek's Harris wasn't happy. "Prices will go up," he says. "As a small producer, we're already at a disadvantage in Virginia because restaurants where we want to have all of our product are forced to pay the full retail price." According to Harris, a bottle of the distillery's Roundstone rye, for instance, costs a Virginia restaurant $45, while in D.C. that same bottle costs $27.

Pasture co-owner Michele Jones was surprised by the decision. "We're going to try our best to absorb the cost and keep our prices where they are," she says. "We want to be reasonable -- we want people to be able to go out and have a good time and not be cost-prohibitive. But eventually, things will catch up -- for everyone."