Bartenders pour some life lessons — and a few cocktails — from the other side of the bar. 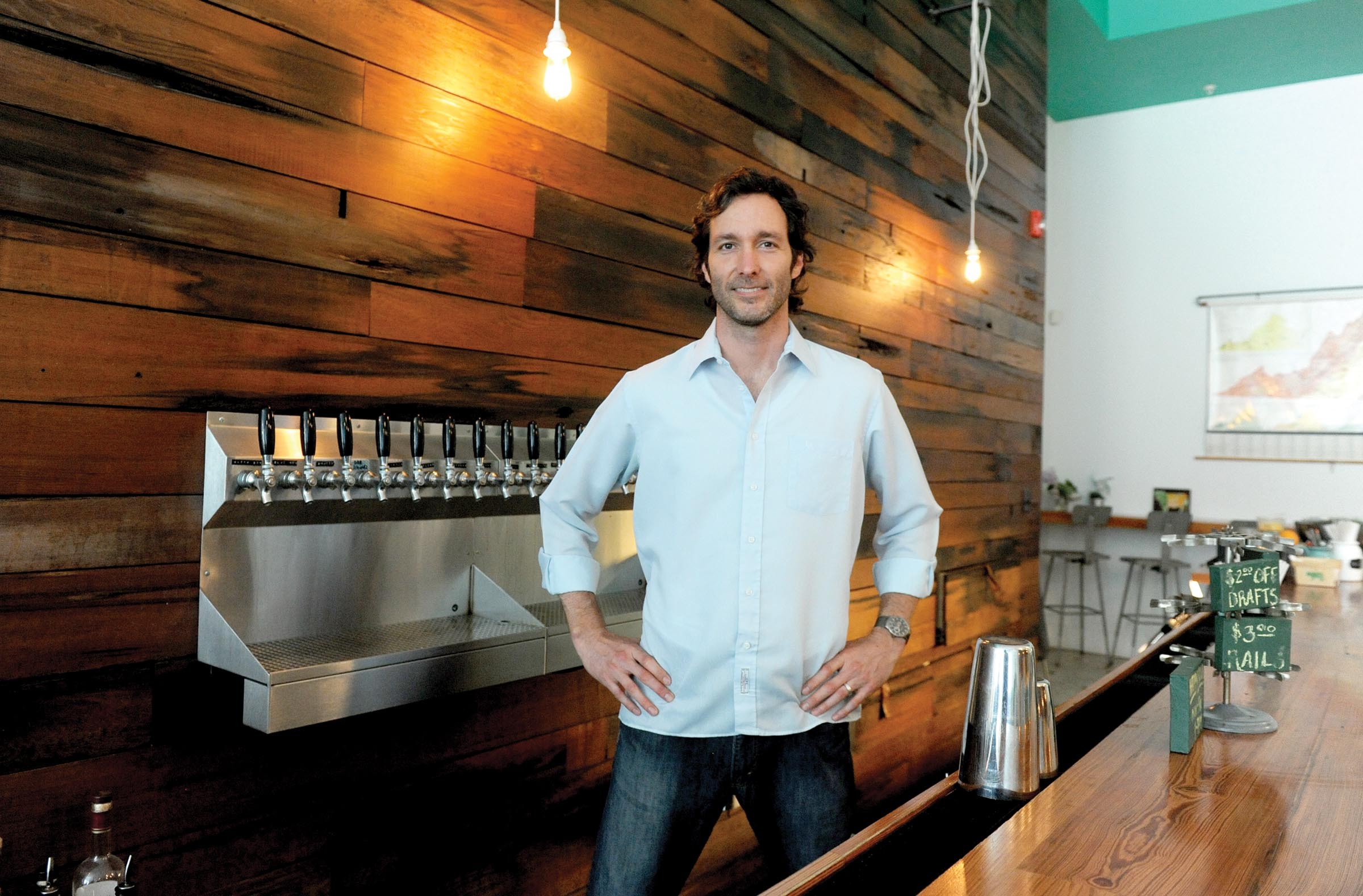 The Lesson: Bend at the knees and lift with your legs [laughs]. No, at Pasture a month and a half ago, there was an event at the convention center, it was a weekday night and the restaurant was pretty busy. A younger lady and her mother walk up, they were very well dressed. The mother was put off that she had to go sit at the bar. And she made it known that was not something she would normally do. She was from New York City. She wasn't sure she would want anything on the menu. I guess the life lesson was to smile and kill 'em with kindness and turn 'em around. Just keep smiling. My Southern drawl helped a little. Also, we had just gotten some peaches in. I made her this muddled peach cocktail in front of her, making her feel like it was all just for her. You muddle anything and people think it's amazing. By the end of the evening I had turned her into a fan. She said they had a great time, and I think she could see that things could still be great outside of her little scene in New York City. She reached over the bar and was holding my hand asking what they needed to do in Richmond. So to summarize: When all else fails, muddle something. It'll impress the shit out of someone.

The Drink: The North Garden 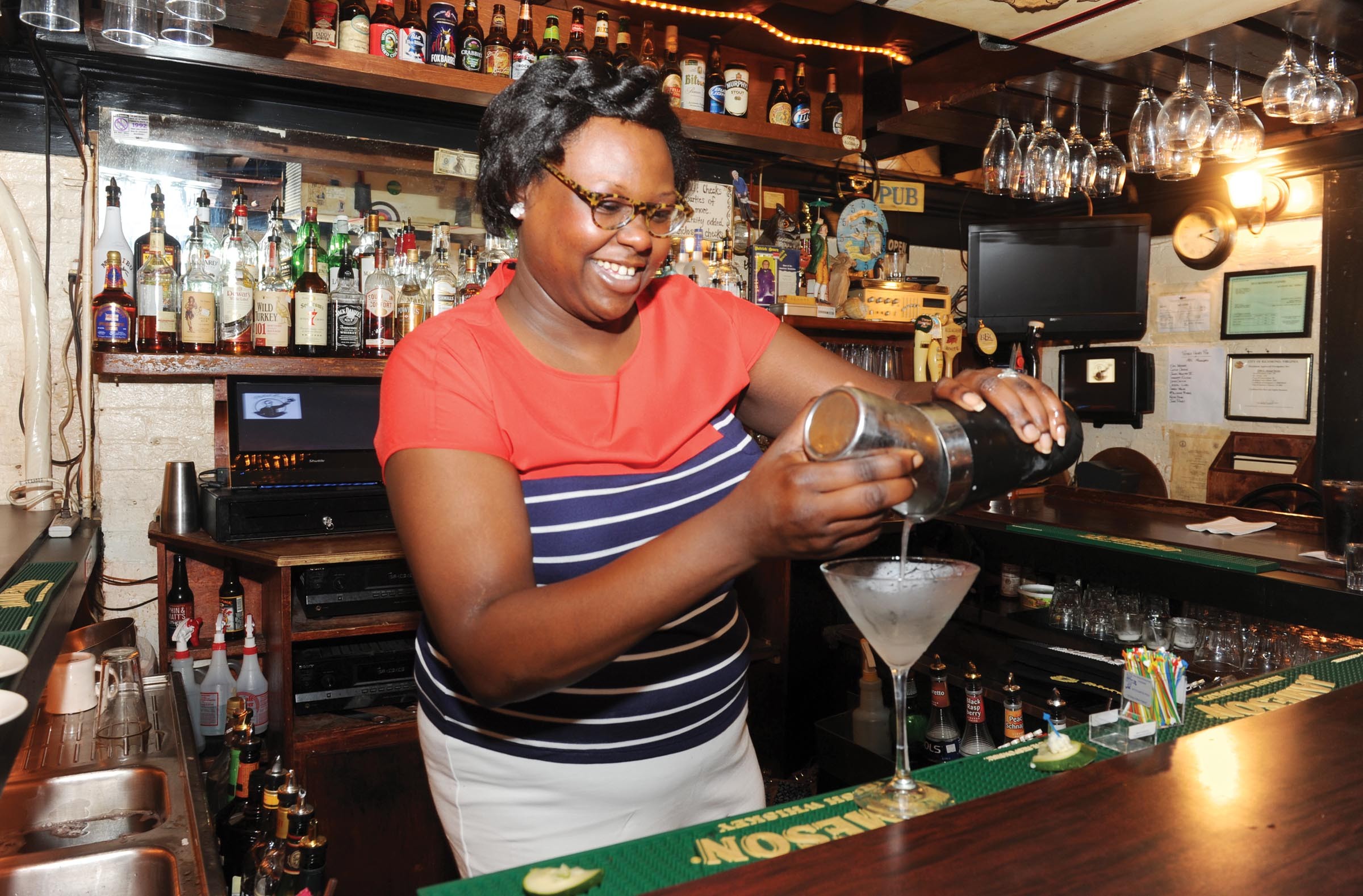 The Lesson: You can never judge a book by its cover. From my experience, people can come in and your initial reaction would be to find out where they're from, try to read people. You might never think that someone could pay their $200 tab they ran up in a half hour and be able to tip you well. People will surprise you every time, that's my biggest thing. You should never immediately assume someone does or doesn't have wealth. One recent couple was very rural-looking. They sat in the corner for hours, kept drinking. They went through all the emotions — happy, sad, crying. Their bill was $180 and they tipped me very well. ... But yeah, I occasionally have seen some crazy stuff. Some girl came in and was giving herself a breathalyzer and fell down. ... Day drinking is always a surprise. When I was coming up with this drink I was thinking of some of my current favorite summer flavors. It may look kind of funky on the outside but it's quite simple and sweet when given a chance. 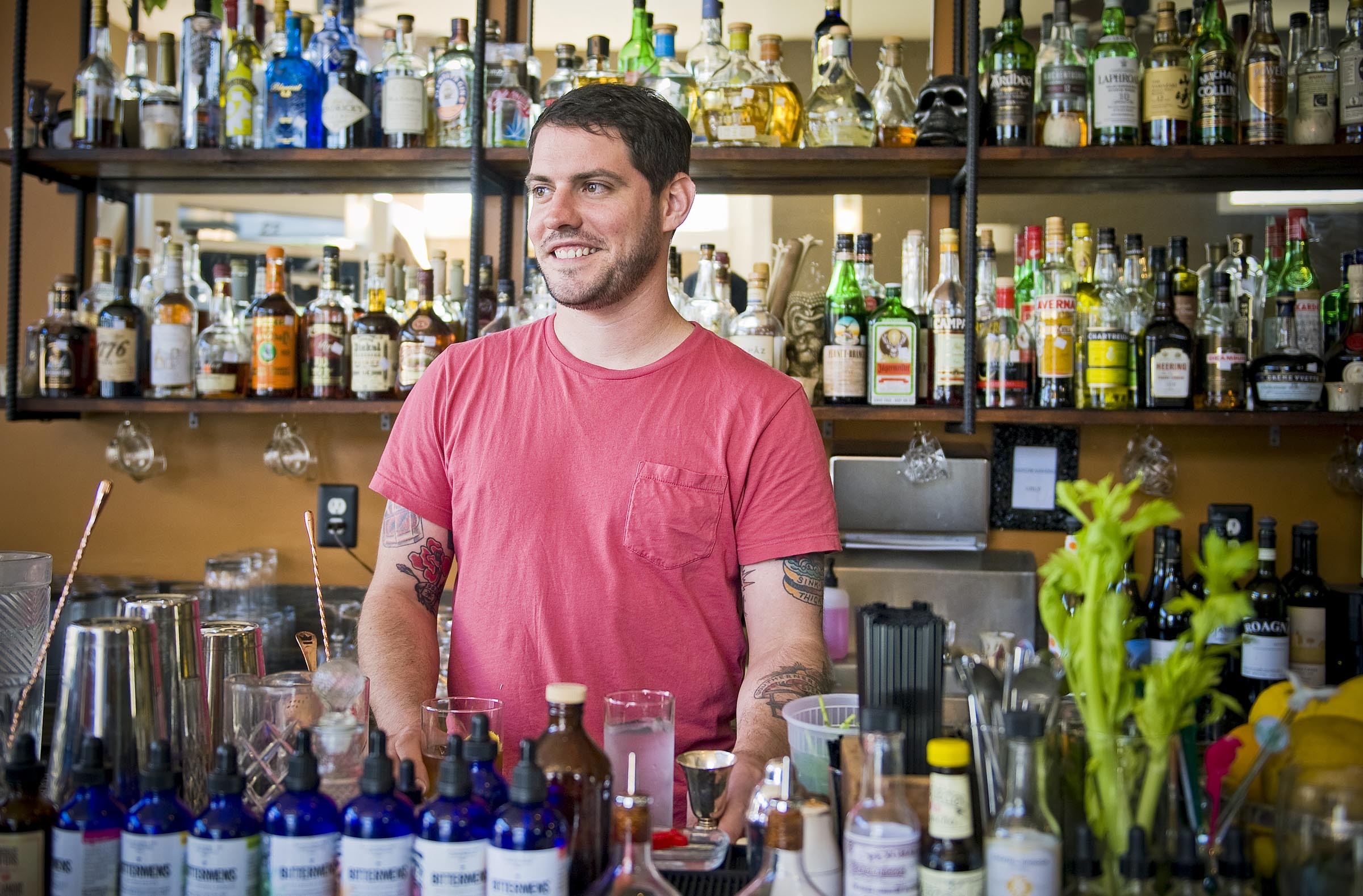 The Lesson: Perseverance. I couldn't find a bar job in Richmond, I moved to New York City and got hired at a cocktail bar as a beer guy. It was a good four months working there before I got a shot behind the bar at a B-level cocktail bar in the East Village. It was frustrating, but eventually people left and I was next. The rest was history for me: It's my career now. It would've been easy for me to just go find a beer job somewhere but cocktails were what I wanted to do. I had to go eat shit and work under people whose jobs I envied and it ended up becoming my passion. A lot of times you know the end result but not the path to take. ... The old fashioned is the original cocktail, and was one of the very first ones I learned once I finally got the opportunity to get "behind the stick." I had waited so long for the chance to bartend, and felt all my perseverance pay off the first time I made one of these classics. This one is obviously a twist on the classic, with a more summery and less brooding profile than the original.

Put sugar cube in rocks glass. Dash bitters onto cube and muddle into a paste. Add rum and 1/4 ounce ice water for dilution. Add a few large ice cubes, and finish with a twist of lemon peel, expressing oil over the drink. Keep the cherry, muddled orange slice, and soda water far, far away from this drink — it doesn't need it.

The Lesson: Do what you like and want to do. Live your life. I can't tell you how many unhappy people I have talked to over the years from the opposing side of the bar. Either unsatisfied with their careers or regretting missed opportunities. Should I continue to do this? Should I be pursuing something else? Over time I found out I really like entertaining people. That's what matters. Don't bartend because you're in a band or don't know what else to do. Do it because you like to see satisfaction on people's faces. I feel strongly that multi-national pop songsmith Shakira went through a lot of these same issues that I did, especially when faced with breaking into the American market. Was this what she wanted to do? Does she truly like what she's doing? I entertain people with food and drink, she entertains through music. Shakira's inner animal spirit is the she wolf, and Shakira is my animal spirit. So I dug down two layers deep to present this cocktail.

Combine, stir with ice, then strain into cocktail glass. Squeeze lemon peel over glass and drop in. Welcome to the spirit world.