A month after her body was discovered, family and friends remember Taylor Marie Behl. 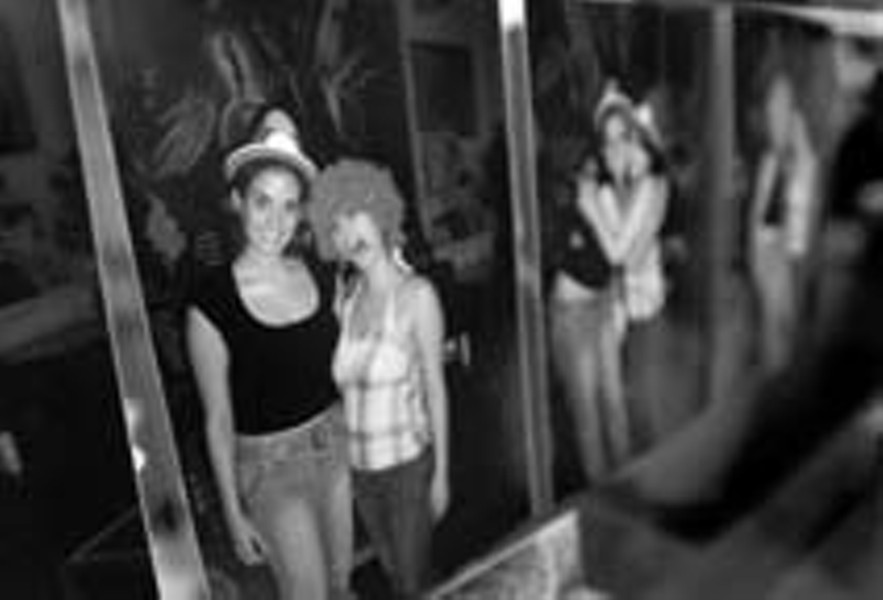 "That's that girl," one of the women says quietly, walking closer to the makeshift shrine. "Oh, my. She worked here."

The woman didn't know Taylor Marie Behl, the 17-year-old Virginia Commonwealth University freshman whose body was found Oct. 5 in rural Mathews County a month after she disappeared. But she picked up a pen and wrote a short note anyway.

For many, the teen was just another missing face plastered on TV and front pages across the country. For those close to her, Behl was a young woman just starting to spread her wings. She was looking forward to college, to a career and to falling in love "with someone who is kind."

For parents, Behl's story has brought out their worst fears: that they might not be able to protect their children from their choices — or might not even know about them.

"We picked out coffins," says Behl's father, Matt, "instead of wedding dresses."

On Oct. 13, 1987, Janet Pelasara and Matt Behl welcomed their daughter, Taylor, into the world. Less than two years later, they divorced. Pelasara soon married again, to a Royal Air Force officer, and the new family moved to England and then Belgium.

Taylor Behl learned to fish on the Thames River and served as a flower girl at a Buckingham Palace wedding. Her voice took on a soft British accent.

When Pelasara's second marriage ended, she and her daughter, then 11, returned to the United States and moved to Northern Virginia. They settled first in Loudoun County and then in Vienna, in Fairfax County. By the time Behl's classes began at James Madison High School, she had already attended more than a dozen schools and was mature for her age, family members say.

The bubbly teen, who could strike up a conversation with just about anyone, got involved in a variety of activities, including working at a local Starbucks and managing a school basketball team.

"She was the kind of person who was always smiling, smiling so much it was contagious," said one of her friends, Lisa Hendricks.

Hendricks and Behl became close while driving to a baseball game in Baltimore. During the trip, they stopped at a magic shop. "We were trying on wigs and posing for goofy photos," Hendricks recalls, laughing. "That was the kind of thing Taylor loved to do, just goofy stuff that didn't hurt anybody but was fun and made you feel good."

Behl didn't need drugs or alcohol to have a good time, her friends say. Sure, she'd have the occasional drink at a party, Hendricks says, but she didn't get drunk. In high school, she rarely missed a curfew.

"Taylor and her mom were really close," says Hendricks, now 20. "I think Taylor respected the rules her mom had and the relationship they shared. She didn't want to ruin that, or her life."

Vienna, despite being nestled on the outskirts of Washington, has a small-town feel. Families walk their dogs along neighborhood sidewalks, and people say hello to strangers.

Working at Starbucks was fun for Behl, Hendricks says, because it was almost always packed with people she knew. But it was hanging out at Jammin' Java — a coffeehouse where up-and-coming bands perform — that introduced Behl to her real passion. She wanted to be an entertainment attorney, Hendricks says.

When Behl started seriously thinking about attending VCU, her friend wasn't surprised. The school sits in the heart of Richmond, a magnet for artists, musicians and diverse culture. In February, Behl and her father visited the VCU campus, Hendricks says. An acquaintance was already at the school and shared an off-campus apartment with Ben Fawley, a then-37-year-old amateur photographer and father of two.

"Taylor told me she had sex with Ben Fawley," Hendricks says. "You do the math. I guess there was something about hooking up with an older man that was cool."

Behl decided that VCU was the place for her, and in late August she moved to Richmond. It turned out that her roommate, 18-year-old Emma Ellsworth, knew one of Behl's friends from Vienna.

"I guess you could say it made the transition a little easier," Ellsworth said recently. "I think we both thought we'd get along fine."

And they did, even if they were different.

Where Ellsworth was a die-hard fan of rock and rap music, Behl loved dancing to sounds from every genre. She hung posters of Frank Sinatra and Johnny Depp above her bed. Where Ellsworth had a steady boyfriend, Behl was looking to meet new people.

"After they met, she came home and called her mom," Ellsworth adds. "I smiled to myself when she told her, 'Mommy, I met a nice boy.' They must have talked on the phone that day for an hour."

Ellsworth and Behl went to a few parties together those first days — parties Behl had been invited to. "That was Taylor," Ellsworth recalls. "She could be somewhere where no one knew her, and by the time she left, she'd have a friend. I met a lot of people through Taylor."

Ellsworth doesn't have a car at school, but Behl, who had recently gotten her own 1997 Ford Escort, had brought hers. She left it in front of Fawley's apartment because parking was free.

"I met him once," Ellsworth says. "We were going to Target to get some stuff for our room, and we walked to pick up her car."

Soon after Ellsworth and Behl arrived on campus, classes started. On Labor Day weekend, Behl decided to go home and visit family. Before Behl headed back to school Sept. 4, Hendricks talked to her one last time.

But when Behl returned to her dorm Monday, Sept. 5, she seemed down, her roommate says. The college boyfriend "broke up with her," Ellsworth says. "She wasn't sad, really. They'd only known each other a couple of weeks. But she liked him."

After a brief venting session, the two girls parted.

"I saw her later," Ellsworth says. "She was walking away from the dorms with the boy." Behl said hello. Ellsworth smiled cryptically at her, as if to say, "Hey, I see y'all made up." Later, Ellsworth says, she saw her roommate again, this time walking alone, "maybe headed to go get dinner."

A while later, she saw Behl again — this time back in their room. Ellsworth was with her boyfriend, who had come to Richmond to visit. "We were watching a movie," Ellsworth recalls. "Taylor came in. I said, 'So, you got back with that guy.' She said, 'Kind of.'"

Behl walked over to her desk, grabbed a few things — probably her cell phone and car keys. "And then she left," Ellsworth says. "She said she'd be back in three hours."

Three hours went by. Then four. Then five.

Fawley, the man Behl had a sexual relationship with and whose apartment she parked her car in front of, was soon labeled a "person of interest."

His and Behl's computers — both taken by police — yielded some of the most important evidence of the case, says John Colbert, a cyber-forensics specialist and chief executive of Guidance Software Inc., the manufacturer of the forensics software used to help locate Behl.

In Behl's online LiveJournal, the teen mused about life, boys, friends and the future. Fawley often exchanged writings with Behl online. After Behl's trip to the college in April, Fawley wrote, "this very attractive girl climbed up into my bunk." Behl responded with, "Well, I was curious."

Behl's online entries captured an edgier side of her personality. Over the summer, she wrote, "I wish I had friends that would hang out with me." On a Web log site, MySpace.com, Behl called herself "Bitter" and corresponded with people who used online names such as "I Smoke Tampons," "Chaos" and "my heart is black as coal."

In her Internet journals, Behl wrote about depression and feelings of loneliness. She said that "the bad boys" called her jailbait and that she chain-smoked Marlboro Lights at a music venue.

At the same time she was telling people she was excited about college and wanted to meet "someone who is kind."

Police have named Fawley as a suspect in Behl's death, but at press time they had made no arrests. Fawley, however, has been in custody since Sept. 23, when he was arrested on charges of possession of child pornography.

On Oct. 14, the day after what would have been Behl's 18th birthday, more than 500 people crammed inside a standing-room-only church in Vienna to bid farewell to the teenager. One high school friend drove from his dorm room at The College of William and Mary. Another flew up from Florida. Lisa Hendricks took the morning off from work. Family and friends chosen to speak at the funeral service talked little of Behl's fate and more of the person she was, and the special things she did to touch those she loved.

After the services, red-eyed and emotionally exhausted well-wishers packed the Starbucks where Behl had worked. They drove past Jammin' Java, where she loved to spend time. They vowed never to let Behl's death stand for nothing. S