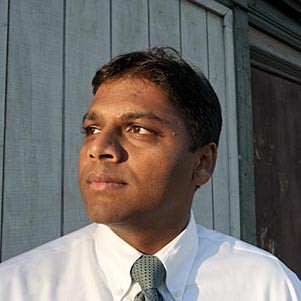 Great changes are coming in health care, and Dr. Danny Avula is busy helping underprivileged Richmonders understand what it all means.

“A lot of people can't afford private health insurance,” says the pediatrician, who is deputy director of the Richmond City Health District. He explains health care reform to low-income residents in such neighborhoods as Fairfield and Whitcomb courts, and has worked to strengthen community health centers in Richmond's public-housing developments.

An employee of the Virginia Department of Health, Avula also is involved with epidemiology, such as keeping track and trying to prevent the spread of the H1N1 flu virus.

It's just one job for the Medical College of Virginia-trained physician who was born in India but spent most of his life in the United States before attending the University of Virginia as an undergraduate. Avula also has studied at Johns Hopkins in Baltimore, where he earned a master's degree in public health.

Avula works to make Richmond healthier in other ways too. “He pours himself into the lives of others from his own family to friends, neighbors, his community and his city,” write lawyer Richard Cullen and the Rev. Corey J. Widmer.

Avula serves on the board of First Things First, which promotes responsible fatherhood, and helped re-establish the nonprofit Urban Hope, which helps support people who want to buy homes in the inner city.

At home, he and his wife, Mary Kay, are busy raising their three young sons. But they've also managed to balance their family life while taking in needy people as boarders in their home. At the moment they're host to an 18-year-old woman with a 4-year-old son. It works out just fine, Avula says: “We have a commitment to the community.”