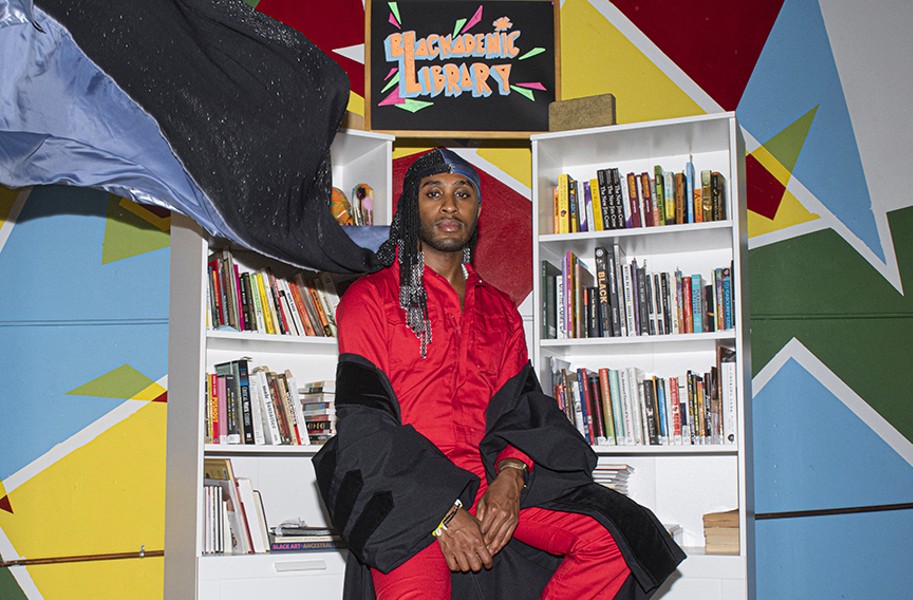 Originally from Connecticut, Barracks grew up often shuffled between living arrangements, being the child of an incarcerated mom. But he was lucky to be in New England’s strong public school system. A first-generation college student, he earned a Bonner Scholarship to University of Richmond, which required him to work for local nonprofits. He was able to connect with the ex-offender community and soon became a scholar-activist whose work is rooted in the local Black community.

After two years teaching in Japan, he returned to Richmond and began playing host to programs around storytelling and cultural production through First Fridays. When Six Points Innovation Center opened, he was in grad school at Virginia Commonwealth University and jumped at the opportunity to work in a Black space as an education consultant, using resources from VCU and UR to help build library space while also hosting the podcast Black Matter. Check it out on Spotify. “6PIC has been a critical home space to do my research with people who look like me,” he says.

Having recently earned his doctorate from VCU’s Media Art and Text program, Barracks is very much invested in Black joy as a critical practice. His work is grounded in media arts, performance studies and Black queer cultural production. For example, “Don’t Touch My Hair RVA,” his short documentary film, used hair “to show that Black identity is never monolithic,” he says. Funded by VCU, it was commissioned for programming at the Valentine in September.

“I want to keep using my position to implement how universities can do better to support the art of marginalized communities,” he says. “For me it’s about resources and reparative justice.” His latest film, “Everyday Black Matter,” just launched as part of the Afrikana Independent Film Festival.