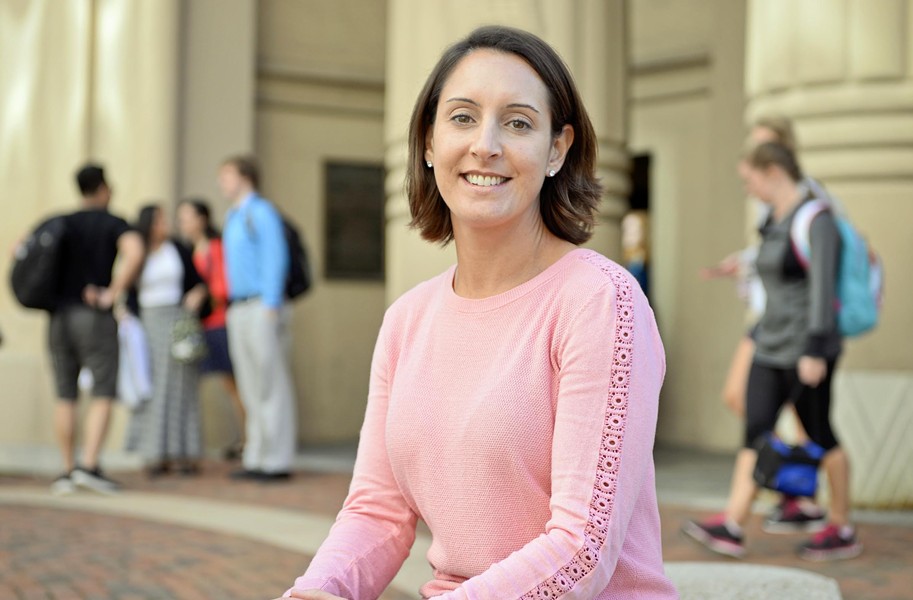 “The joke in my family is that I was born talking and said I wanted to be a doctor,” Beth Rubinstein says. So no one was surprised when she did just that.

In high school, Rubinstein took a particular interest in rheumatology — treating disorders of the joints, muscles and ligaments, such as lupus and rheumatoid arthritis. She now practices and teaches at VCU Medical Center.

When Rubinstein first began teaching, she was dismayed to find that first- and second-year students’ only exposure to her field consisted of a two-week lecture series. She began working with Virginia Commonwealth University’s pre-clinical curriculum council, which was revamping the way classes were taught.

Appointed course director, Rubinstein helped develop an interactive, one-month course in musculo-skeletal medicine. Now, students hear her present a real-life case and then, in small groups, work through the diagnosis and treatment together. Picture ABC’s “How to Get Away with Murder” without the killing.

Rubinstein is known for her patient advocacy, too, an approach that evolved from her own experience. On August 21, 2011, she says “a ton of bricks” was dropped on her family when her husband, Josh Rubinstein, was diagnosed with acute leukemia. She says she suddenly understood what it meant to be a caregiver, and “it really opened my eyes to the other side of medicine.”

Her husband is now in remission, and they’ve become fundraisers for the Leukemia and Lymphoma Society, as well as the Massey Cancer Center and other charities. Rubinstein also serves on the medical scientific advisory council for the regional chapter of the Lupus Foundation of America, and next year plans to join the executive board of the national Arthritis Foundation. She’s also active with her synagogue, Temple Beth-El, where she’s part of a committee that’s creating a new vision for the religious school curriculum.