For years a hub for technology workers, Richmond grapples with a massive brain drain that could permanently alter the local economy. 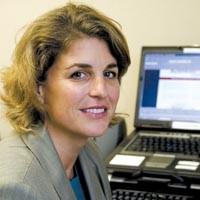 Paul St. Peter had a difficult choice to make. A computer specialist, the Maine native had worked at lucrative jobs in Lynchburg and Richmond for more than 20 years. He and his wife had a nice house in a leafy Chesterfield County subdivision where they lived with their two young daughters.

About a year ago, as the economic recession gathered steam, St. Peter was laid off. In earlier downturns, he'd quickly found other jobs. Not this time. After months of fruitless searching he found contract work for six months. He finally found a permanent job in New Hampshire, sold his house and moved in August. “I really hate to leave here,” he says.

His plight draws a sketch of what observers say is the worst crisis in the computer and information-technology sector that the Richmond area has ever faced. “Richmond's been hit harder than it ever has,” says William Mezger, chief economist for the Virginia Employment Commission.

The IT sector represents roughly 19,500 jobs in greater Richmond. That's only about 3 percent of the total 583,493 jobs in the area, but such jobs pay an average of $78,000, among the highest compensated employment sectors. Some of it has to do with large numbers of state government agencies and the local banking industry here, which tend to employ large numbers of such workers. Through the years, however, Richmond has accumulated its own critical mass in information technology for retail, manufacturing, transportation, bio-technology research and general office management — an advantage that local industry hunters regularly tout.

But industry experts worry that the demise of the local economy will inflict major damage on that labor pool. A brain drain could result as computer specialists look elsewhere for jobs or are forced to take less-lucrative and less-secure contract positions. “The big fear is that all the talent that took years to build up is going away,” says Paula Gulak, head of the Gulak Group, an IT consulting company. “It's a real shame because a lot of the people really want to stay in the area.”

To blame are a slew of corporate meltdowns, including mass electronics retailer Circuit City, mortgage insurer LandAmerica and silicon chip maker Qimonda, which eliminated more than 10,000 jobs, including many in IT sectors that oversee network architectures, accounting software and other back-office functions. Just before the recession, Wachovia Securities shed more than 1,000 jobs after it moved to St. Louis. It was bought out by Wells Fargo in last year's financial debacle, furthering hemorrhaging jobs.

“In the past, when people were laid off, when the economy came back, so did their jobs, but those jobs aren't coming back,” says Bob Stolle, past executive director of the Richmond Technology Council (now RichTech) and now executive vice president of Core Consulting.

The dilemma over IT is part of what has put Richmond in an unusual and unsavory position: It's the hardest-hit economically of any metropolitan area in the state. Mezger says the unemployment in the Richmond area is more than 8 percent, higher than Northern Virginia or Hampton Roads. The three sectors locally with the most job losses are information technology, manufacturing and construction.

On the bright side, Mezger adds, Richmond still beats the national unemployment rate of 9.7 percent. Plus, the alter-ego city of once-booming Charlotte, N.C., against which Richmonders like to compare themselves, is seeing unemployment rates of 11 to 12 percent, largely because of the demise of Wachovia and cutbacks at Bank of America. While Mezger says IT unemployment is bottoming out, he doesn't see any signs of growth.

The business community is fighting to stem the tide. The Greater Richmond Partnership has undergone a wholesale transformation from a mostly business-recruitment role to helping with jobs placement. It operates the Richmond Job Net, which tracks available positions and alerts job hunters via e-mail and a Twitter feed, which has 1,600 followers, says Sara Dunnigan, vice president of existing business services at the partnership. Henrico County has opened a jobs transition center. U.S. Rep Eric Cantor, R-Henrico, sponsored a jobs fair at Clover Hill High School in Midlothian that drew 3,500 in August.

Despite the flurry of activity, problems persist. One, says Dunnigan, is that while there may be new IT jobs opening up, there often are mismatches in qualifications between what the job requires and the skill sets of available applicants.

Employers are much pickier. “They have that luxury,” Stolle says. “In the past they might have settled for a smart person with maybe five skill sets. Now they can choose among people who have 10 skill sets. They say, ‘I know there’s someone out there that's just perfect.'”

Such is the case at Iron Works, a consulting company that provides Web-based projects for such groups as MeadWestvaco, the American Cancer Society and Nasdaq. “We need pretty deep skills,” says Candice Nicolls, director of recruitment at the 225-worker operation. So far this year, the company has hired 55 technology specialists but “we are pretty particular about who we hire,” she says.

Many corporations are hesitant to add technology workers in this economic climate, even if they badly need computer-savvy workers, preferring to turn to temporary contract workers for IT needs. “If people think they are going in the typical positions at a large corporation with benefits and security,” Dunnigan says, “they are going to be disappointed.”

Capital One Financial, one of the area's largest employers with 6,700 workers, is using more contract workers after laying off scores of technology employees. The company is going to cheaper and less experienced workers to get by, sources say.

In some cases, the jobs simply won't come back at all. Qimonda, for instance, employed a number of highly skilled technicians and engineers capable of running demanding equipment to make sophisticated silicon chips for computers. Many such plants in the United States have moved offshore during the past two decades to take advantage of cheap labor. “Some of the folks at Qimonda would probably have to leave the country to find work,” says Chip Farmer, executive director of RichTech.

Is there a bright side? In a recent survey of local companies, the Greater Richmond Partnership found that 30 percent plan to hire new workers in the next 12 months, which could lead to as many as 1,600 new jobs. Gulak says that despite today's woes, people in the local IT community “are very upbeat.” She says that many expect a big pickup next year and meanwhile, lots of existing systems still need maintenance.