Down in the Flood Wall 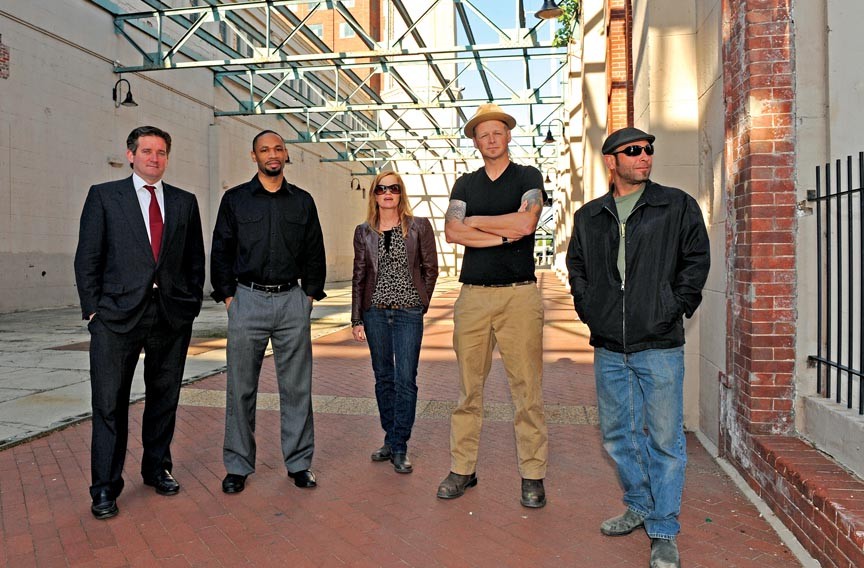 We're experiencing a mass influx of large-scale public art this spring from local and internationally renowned artists. The "G40 Art Summit" — produced by Washington's Art Whino and Richmond's Gallery5 — colored the city with impressive murals on buildings along Broad Street. And now the RVA Street Art Festival will make a two-year gallery along the James River flood wall, blooming from the power plant to Dock and 17th streets.

The outdoor gallery will become a serious contemporary art showcase, featuring several 18-by-32-foot murals. Other installations will be created by a host of established street and studio artists.

Spearheading the project are artist Ed Trask and Jon Baliles, assistant to Richmond's director of planning and development, supported by Venture Richmond, Altria and the Greater Richmond Chamber. The spirit of collaboration threads through this festival.

Street art has extremely localized and political origins but in recent years has been advocated by corporate commissions and collecting, transforming unlikely bedfellows into partners who seek to establish street art and graffiti as credible forms of expression.

There are sustained differences between street art and more traditional mediums, foremost that the intention behind murals, installations, signs and other street art is that people experience them directly in regular daily activity. It's a proletarian art movement, from bottom up, unlike the traditional art world's avant garde sense of high art for museum or gallery isolation. Wherever it's encountered, street art is a sign of innovation and vitality. It often takes a guerrilla approach, like its illegal graffiti forebears, which is definitely a strength and mainstay of the form. That communion of art and life resonates at the heartbeat level, thumping away beneath the veneer of societal convention and routine.

The artists participating in the flood wall festival come from all over the country and have differing backgrounds. Some started on the street, others in the studio, but each has an amazing singularity of voice and vision. Once you see their work you'll forever be able to identify it, whether it's around the mission in San Francisco or in the Museum of Modern Art in New York or along the James River.

A few are Trask, Dalek, El Kamino, Pose, Billy Pickett, Hense, and Susann Whittier. The collaborative creation process used by many of the artists mimics the historical intricacies of urban environment. For example, Chris Milk Hulbert has created a massive paint-by-numbers mural that will be colored in by lawyers from Troutman Sanders and the Rutherford Institute, which is organized by Hands on Network. Then Hulbert will smooth out the final mural, polishing it into a cohesive whole.

The festival celebration occurs April 14, with local beer, wine, food carts and music — plus Chop Suey Book's famed Bizarre Market — all while observing the actual painting and installing of the murals. This is a genuine event. How often can recognized artists the likes of Ryan McGinness, Jiha Moon, Heide Trepanier and Mark Jenkins be witnessed in the physical process of creating? S