Can a new name erase the ghosts of housing projects past? 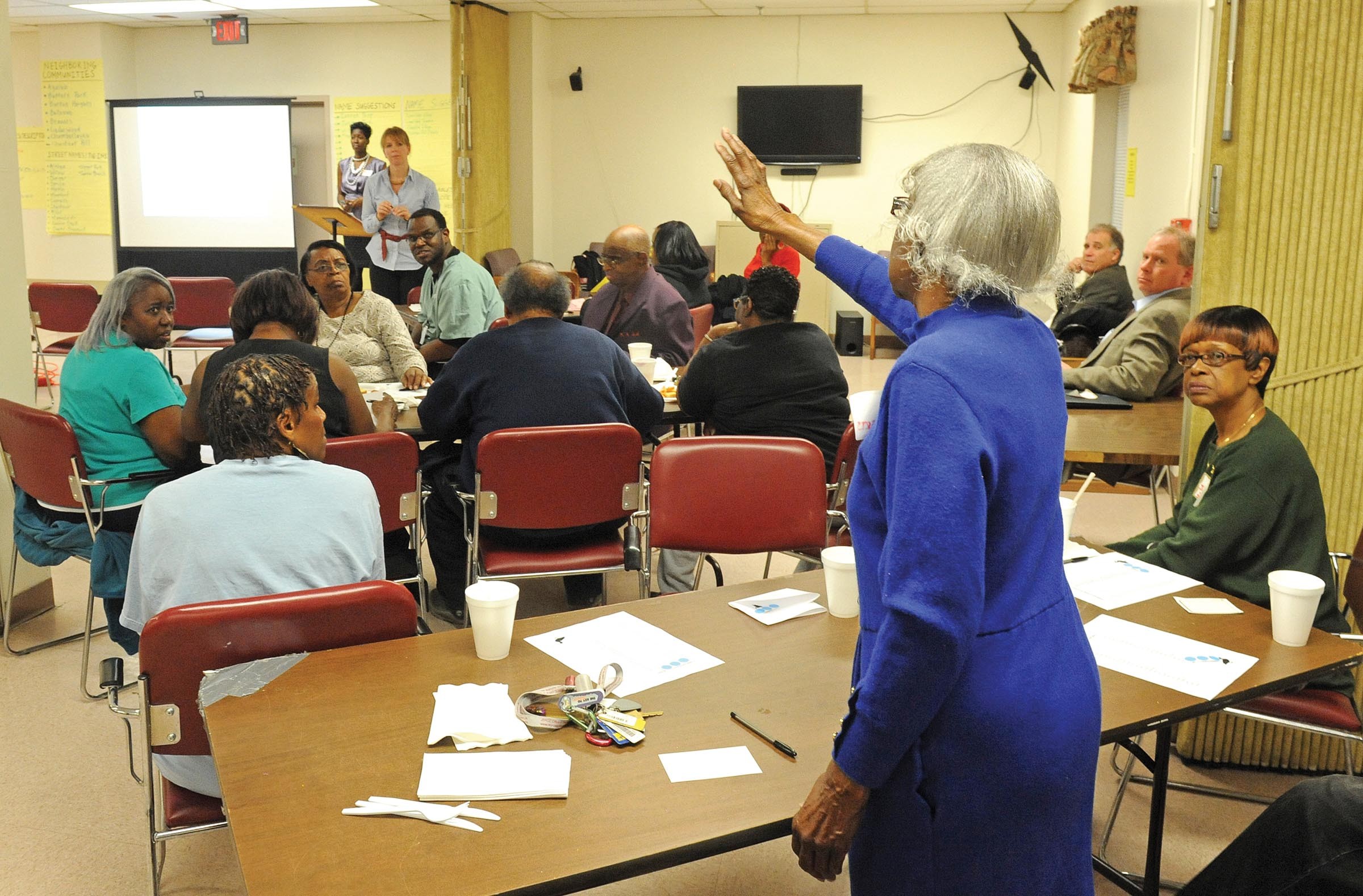 The dove symbolizes peace. Love. The Holy Spirit, even. But here in Highland Park, it means only one thing.

"The projects," says a chorus of North Side residents. "Projects."

That's why the Richmond Redevelopment and Housing Authority invited former Dove Court residents and others to a meeting Nov. 20 — to suggest a new name for the ambitious community being built on the site of the once-blighted public housing project.

Highland Park residents have waited a long time for something to happen there. The last residents were moved out of Dove Court in the summer of 2008. The neighboring Northridge and Carrington Gardens apartment complex at First Avenue and Dove Street, condemned by the city in 2005, sat vacant for years.

Now the housing authority is helping private developer Laurel Street Residential build 52 new houses and mixed-income apartment buildings, including one with office space and future retail spots at First and Dove. The first phase consists of 80 apartments, says Dionne Nelson, principal chief executive of Laurel Street Residential, and the company is close to getting financing approved for the second phase of 48 apartments. Depending on families' incomes, monthly rents range from $231 to $606 for a one-bedroom apartment and $308 to $871 for a three-bedroom apartment.

Buildings will begin rising around the first of the year, and the first apartments should be available by March. "And before we start to market those units, we want to make sure that we are referring to this new community in a way that we all feel good about," Nelson says.

Her first question: How about switching from Dove Street to Willow Street, the name it has on the east side of First Avenue?

"Willow?" asks Gloria I. Singleton, a Fay Towers resident in a fur hat.
"You like Willow?" Nelson asks.

"No," Singleton replies. "Sounds like a weeping willow tree." Others concur. People will get lost, they say.

What about a name for the new neighborhood? The two dozen people at the meeting toss out suggestions: New Hope Village. Highland Heights. Cannon Creek Crossroads. Obama Terrace. With blue stickers they mark their favorites, which include Willow Terrace, Chestnut Hill Estates and the Willows at Chestnut Hill.

They seem happy to forget Dove Court. Singleton lived there, "so I know how it was. It was a nice place. But it had some problems." Now it's going to be a new place, she says. "And it shouldn't have any problems."

It's prudent to change the name and logo of a "challenged rental community," T.K. Somanath, executive director and chief executive of the Better Housing Coalition, says in an email. "Our experience has proven that renaming helps to rid of the stigma associated with the old community and it helps to reposition the newly revitalized community to attract good tenants as well as retain long-term residents."

The violence-plagued Park Lee Apartments in Chesterfield County became Winchester Greens in the late 1990s. Around the same time, Jefferson Village at Midlothian Turnpike and Chippenham Parkway was redone by the housing authority and renamed Beaufont Grove. A new 33-house development in the southern end of Highland Park, on the site of the once-notorious Matthews Heights apartments, is set to be called Matthews at Chestnut Hill. Blackwell, the demolished public housing neighborhood in south Richmond, was redubbed Oak Summit at Goose Creek when the Better Housing Coalition built eco-friendly houses there.

But a spiffy, suburban-sounding name does nothing to address the issue that's concerned Richmond's low-income residents for years. As public housing is torn down and replaced by mixed-income developments, will there still be enough subsidized housing for the people who need it? More than 2,000 people once lived in Blackwell. But the housing authority and its partners planned just 161 multifamily rental units and 188 houses to replace their former homes.

It's obvious this matter is on the mind of people attending the naming discussion. They ask Nelson about leasing and income requirements for the unnamed development. Former Dove Court residents will get the first chance to apply, she says, and a phone number will be provided in coming weeks.

They also want to know what this could do for the greater Highland Park neighborhood. Phincie Vaughns, a resident of Fay Towers, asks about the possibility of a grocery store coming to the new development. That's for discussion another time, he's told.

"Naming's not that important," he says later. "But you've got to satisfy the people." S

Correction: In earlier print and online versions of this story, we incorrectly identified Laurel Street Residential, the development company.