Don't You (Forget About Her) 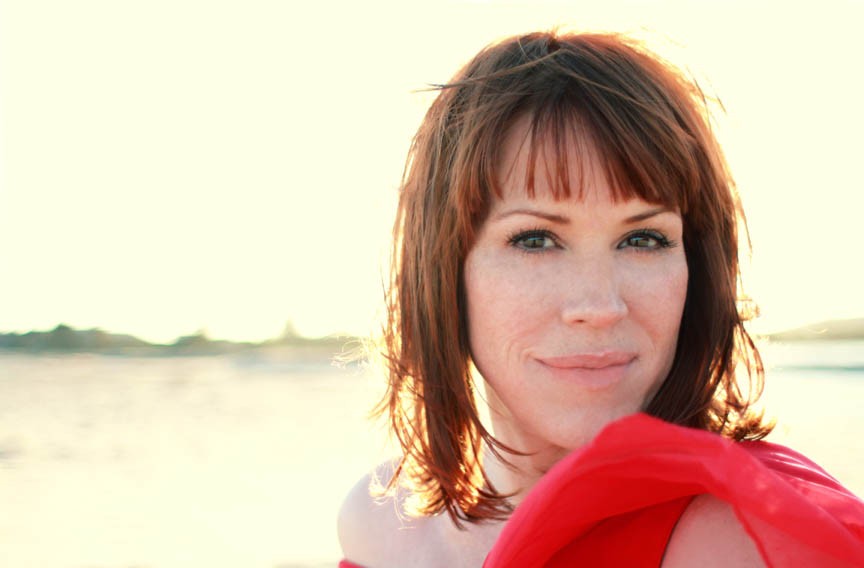 One reason the '80s teen movies of John Hughes still hold up is because, somehow, the director wrote believably from a teenage perspective. Another reason is that his muse was America's then-teen crush, Molly Ringwald.

Something about that sweet redhead with dark brown eyes whose deadpan gaze masked a curious intelligence, seemed to reflect the hunger and boredom of being a teenager for a generation of suburban white kids. Her iconic movies, "Sixteen Candles," "Breakfast Club" and "Pretty in Pink," have been replayed and memorized so often that people have started religions in their honor.

But Ringwald is all grown up now — and her intelligence is center stage.

The California native has been a stage and screen actress since being cast in Paul Mazursky's film version of "Tempest" at age 13. While her film career dropped out of the limelight in the '90s, today, at 44, she's become a well-reviewed fiction author, mentored by the great writer A.M. Homes. A mother of three, Ringwald is married to a Greek-American writer and still regularly acts on the ABC Family television show, "The Secret Life of the American Teenager." And she's about to come to Richmond for three nights of concerts, singing a polished new album of jazz standards, "Except ... Sometimes." She seems to do everything well. Even her tweets are cute.

On the phone, Ringwald sounds exactly the same. She's friendly and professional, coolly jumping through the hoops of yet another interview while most likely waiting for the usual questions to crop up: "Were you Team Duckie, Team Blaine or Team Spader?" "Are you tired yet of hearing people imitate the Long Duk Dong line, 'What's happenin' hot stuff'?" "Were you bummed you turned down 'Pretty Woman'?" "Bueller? ... Bueller?"

Style: Your dad is a blind jazz pianist from Sacramento, Calif., who still performs with Great Pacific Jazz Band. What were your first musical memories?

Ringwald: Well my dad was a traditional jazz musician, so I was raised on blues songs. My first musical love was Bessie Smith. Either Bessie Smith or Helen Kane, all those original Betty Boop songs. I listened to them nonstop when I started out performing with my dad. In preschool the teacher took my mom aside and thought there was something a little off about me, because I would sit on a swing and sing "Gimme a Pig Foot and a Bottle of Beer" [laughs]. My mom said: "Oh, she's just performing! She knows everyone is watching her and she's trying out her new material" [laughs].

How did you narrow down the early-20th-century standards on your album?

What we refer to as the Great American Songbook, all those songs were generally written for Broadway or Hollywood musicals. A lot are jazz standards today. It's kind of funny to think that was the popular music of the day. That was like our —

Yeah, our Britney. But a lot better written [laughs]. I grew up loving those songs. I tried to pick songs that are part of that tradition but aren't heard as often as say, "My Funny Valentine." These are a little more obscure. Also, the criteria was, the songs had to have fantastic lyrics, and that's not hard to find in that era.

You know we have good vintage clothing stores here, Bygones and Halcyon.

Oh yeah? That sounds like just my style. I'll have to check them out.

Julie London! She's a good one. She was so sexy. What color was Anita O'Day's hair? I'm going to Google it right now. ... OK, at one point she was a redhead as well.

How did the recent New York debut go?

The gigs went great. It was really good to get in front an audience again. We did songs from the album and others we're working on. ... The second I hear the musicians start to play, I get excited and go into a different place. Add the audience energy into that and really, of all the things I do, I think it's the most fun. I've been acting for so long, it's my primary career. There is a certain amount of angst that goes along with that, and writing is just ridiculously hard, rewarding but hard and solitary. Music is that creative outlet I love. Jazz is like musical comfort food for me.

How did your band come together?

[Pianist] Peter Smith and I met on a play in New York. Then he moved to L.A. and my hopes were dashed. Then I moved to L.A. He started arranging things. The first person we added was Clayton Cameron, known as the "brush master." He worked with Tony Bennett and cut his teeth with Sammy Davis Jr. He's really great for vocalists. We've got Trevor Ware on bass, Allen Mezquida on alto sax. ... I really wanted to have consummate musicians but people with great energy as well.

I imagine you learned all the vocal tricks as a stage actor.

[Laughs] I don't know if I've learned all the tricks. But I do feel comfortable in front of an audience.

Did you like the music on your '80s film soundtracks? Your jazz album closes with a smooth cover of "Don't You (Forget About Me)."

Yeah, I'm into all kinds of music. Jazz is my staple, but classical, alternative. There were a lot of bands I liked on those films, especially "Pretty in Pink." John Hughes got me into the Beatles during the filming of that. ... Yeah, "Don't You (Forget About Me)," [sings the closing "la-la-la-la's"]. That's like our Norah Jones moment.

Well they didn't write it, which I'd always assumed. When I researched it, it was Keith Forsey ("Flashdance") and Steve Schiff. If your most popular song is one you didn't write, maybe that has something to do with why they didn't embrace it. I recorded that song just after John passed away; it's dedicated to him on the album. I found out he passed when I was eight and a half months pregnant with my twins.

So the album sat for years waiting for your schedule to open up?

More or less, yeah. I released my first work of fiction for HarperCollins last year, and the musicians kept saying: "Hey Ringwald, what's going on? When are you going to release it?" So I finally got serious about it and Concord liked it.

How do you budget your time with all these careers?

You know, it's a daily conversation. My husband and I negotiate it every day. I want to tour but at the same time, I can't spend too much time away from my kids, and my husband works. Fortunately we both have bohemian souls, so you need to have that and a creative spirit to make something like this work.

What do you credit for your long career as an entertainer?

I think it comes from my parents. At 74, my dad is still touring on cruise ships. He's always performing. Really, no matter what you do you have to bring it, even something you're not crazy about. I think that's an attitude I've always carried with me throughout my life, and it's something I'm trying to teach my children. They're not going to be professional performers as kids, because I don't think it's the best thing for them. But whatever they decide to do, I want them to have that work ethic, and commit themselves wholeheartedly. I think it really carries you far.

Will you always be remembered as the nation's teen crush no matter what else you do — or is there an expiration date?

I really don't know. It's not something I think about a whole lot. I'm sure some people will never know I did anything else besides the John Hughes movies. Others are happy to see my evolution. People are really lucky if they have one thing in their careers go well, and I've had a lot. So I feel really fortunate. ... I think if people tell me things, what those movies mean to them, it's always moving. I think it's incredible that my work has affected so many people. S