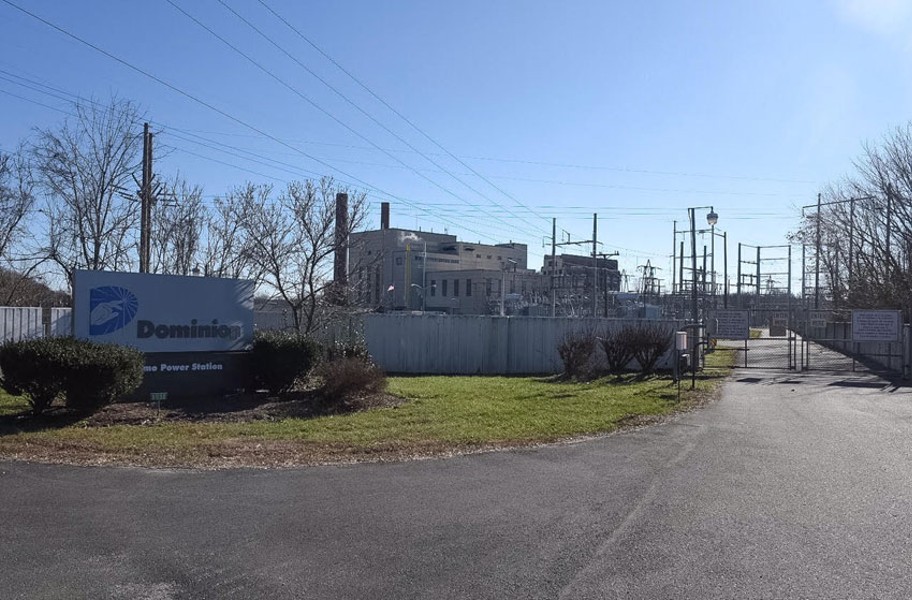 Sitting on the north bank of the James River, roughly 60 miles upstream of Richmond, the Bremo Power Station looks as retro as the fuel it used to burn.

The venerable, brick Dominion Electric Power facility for years fired coal to provide electricity before converting to natural gas in 2013. Through the decades, the 85-year-old facility piled up coal ash containing arsenic and other toxic materials, which now sits in three ponds holding more than 255 million gallons of water along with 4.1 million cubic yards of waste.

Dominion wants a state permit to discharge treated wastewater into the river, which is a source of drinking water for Richmond and provides miles of wildlife habitat and places for outdoor recreation, such as kayaking, fishing and tubing.

It also wants a similar permit to allow coal-ash wastewater from its formerly coal-fired Possum Point Power Station to be dumped into a tributary of the Potomac River.

What the State Water Control Board decides to do with the two-permit applications on Thursday, Jan. 14, will set the stage for yet two more coal waste dumps at the company's Chesterfield County and Chesapeake power plants, affecting the James River and its tributaries even more.

Dominion says it is moving swiftly in dealing with its coal ash issues because it wants to be done with them. But a number of river keepers and environmentalists, including the Southern Environmental Law Center and the state of Maryland, have big issues with the way the utility and Virginia officials are going about permitting.

They say that Dominion, which admits it hasn’t revealed its wastewater-treatment plants in detail yet, won’t do enough to reduce the amount of deadly chemicals, including arsenic, that it will put into the James.

“When Dominion pumps water into the James, there will be a 2,000-foot-long mixing zone that will be toxic and that’s not acceptable,” says Brad McLane, an official at the Southern Environmental Law Center. According to the permit application, Dominion would be allowed to pump out the wastewater for 18 months.

Ben Moore, who leads a paddle-board group at Riverside Outfitters in Richmond, says that "if the technology is available to treat the effluent to drinking-water standards, it should be done."

Dominion originally planned a mixing zone as long as 12 miles, but diminished the size after protests.

The utility is applying for a similar permit to discharge wastewater from coal ash ponds at Possum Point into Quantico Creek and then the Potomac River.

The plan has drawn similar outcries from Northern Virginia green groups and the Maryland Department of Natural Resources, which shares oversight of the Potomac with its neighbor, according to spokeswoman Karis King. Her department has “major concerns” about the proposal and its “adverse impact on human and aquatic life,” she says.

Not that North Carolina hasn’t had plenty of problems with coal ash. Last year, Duke Energy was fined $102 million for federal violations of the Clean Water Act for dumping waste from ponds at five Duke plants. The effluent coated 70 miles of the Dan River, including some parts in Virginia, which levied a $2.5 million fine against Duke.

The North Carolina predicament was one reason Dominion decided to push ahead with solving its coal ash problems, utility spokesman Dan Genest says. New federal rules after the Duke spill and an even larger one at the Tennessee Valley Authority require utilities to resolve their problems, although they could do so over time.

“Some would rather wait to spread the cost out, but we want to do it within three years,” he says. The plan at Bremo is to pump water from two ponds and consolidate it at another pond where it will be treated and released in the James. Dominion “can’t release what the treatment plan will be” pending permit approval, Genest says. The ponds later will be permanently sealed.

Dominion also plans to use a similar approach at its Chesapeake and Chesterfield Power stations. The Chesterfield plant is Dominion’s largest coal burner and is the single biggest source of air pollution in the state. Moore worries that if Dominions gets its two permits Thursday, "they are setting a standard for future permits with lax standards."

It now stores coal ash in a 50-acre pond at the site on the James River a few miles south of downtown Richmond. It has been accepting as much as 40 truckloads a day of coal ash from other stations in Hopewell and Southampton County and may take even more from a Mecklenburg County station.

If plans and permits go forward, the James River will be the dumping ground for even more coal ash waste.