Thwarted by authorities, residents take an animal-care case into their own hands. 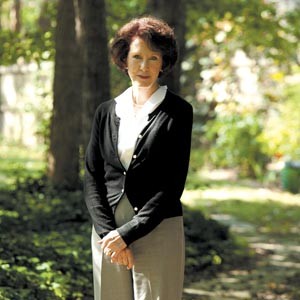 Who do you call when rescued animals need rescuing?
In an unusual case in Goochland County, a group of private residents, without the benefit of a lawyer, argued a case against a local animal rescuer — after county and state authorities refused to prosecute — and won. The case is being appealed, but their experience begs the question: Who's responsible for policing the rescuers?

Annette Thompson, the operator of the nonprofit Pet Rescue Foundation in Hadensville, has been taking in abandoned animals, mostly dogs, for years, and working with other rescue organizations to find homes. “I do the vetting and the care and the two groups adopt the dogs out,” she explained in a Jan. 9, 2009, article in the Goochland Gazette.

But was Thompson rescuing animals or stockpiling them? “Ms. Thompson had more than 280 dogs on her property when I visited her property in Fall 2007,” wrote Suzanne Bell, founder of Homeward Trails Animal Rescue, in an April 2 criminal complaint sworn before a Goochland County magistrate.

Wanting to help, Bell said her organization ended up taking about 350 dogs and more than 20 cats from Thompson during the next few years. Many of the animals were suffering from preventable illnesses, she said in the complaint. Among the cases Bell reported in the complaint: a white female pit bull with a serious skin infection, found sitting in frozen urine; a German shepherd seen lying on concrete, covered in urine and unable to walk; and a hound named Bucket Head who had to be euthanized because of advanced kidney disease.

But Thompson kept acquiring more animals. It's not easy to adopt out the hounds and beagles that make up the majority of her rescues, Thompson says: “I have yet to be able to convince people that hounds are like golden retrievers in disguise.”

Eileen McAfee, an animal advocate who has spent 15 years investigating Virginia animal shelters, heard about Bell's concerns. There was only one solution to the problems at the Pet Rescue Foundation, McAfee decided: “You've got to take legal action. It's never going to end.”

In the spring, four witnesses swore out criminal complaints against Thompson before a magistrate. And McAfee gathered nearly 150 pages of testimony, witnesses' names and photographs to serve as a road map for the Goochland commonwealth's attorneys' investigation.
The commonwealth's attorneys declined to prosecute, however, saying they couldn't get involved in class four misdemeanors, the least significant of crimes. They referred McAfee to the county's animal control department.

The state veterinarian's office, too, said it had no authority in the case. In situations of alleged neglect, “we really do rely on local animal control to investigate,” says Daniel Kovich, the state's staff veterinarian for animal care and health policy.

As McAfee sees it, everyone in authority who could have helped Thompson's animals didn't. Because the commonwealth's attorney would not prosecute Thompson, and the judge barred a private lawyer from doing so, the original complainants argued the case themselves.

None of them is a lawyer. Trying to figure out how to call witnesses and cross-examine others was confusing, Bell says. But the complainants realized, she says, that “if we didn't step up and play lawyer, they would dismiss it all.”

Thompson had a lawyer, and Goochland Animal Control Officer Robert “Corky” Marks testified on her behalf. Nevertheless, on Sept. 23, Thompson was convicted on eight counts of inadequate animal care for  eight of the dogs the witnesses named in their complaints. Several other charges had been dropped. The maximum penalty for a Class 4 misdemeanor is a $250 fine.

Thompson has appealed the convictions — and this time, Goochland Commonwealth's Attorney Claiborne Stokes has said he'll take the case.

That makes Bell uneasy. “Will they do as good a job as we did?” she wonders. If the county had done its job in the first place, she says, the situation would have been resolved long ago. “I won't feel victorious until those animals are off her property,” Bells says of Thompson.

It's unclear whether Thompson will keep her animals if the convictions stand. Goochland County code says the court may prohibit the possession of companion animals by the owner of any animal found to have been deprived of adequate care.

Goochland has no ordinance limiting the number of animals an individual can have, but the county attorney, Norman Sales, says he's looking at creating such an ordinance.

The state's veterinarian's office is looking into Thompson's foundation too. Kovich, the state's staff veterinarian, previously had determined that Thompson's property was a private residence, not technically an animal shelter, and therefore exempt from the state vet's authority. The office is now taking a second look at that decision, he says, and has “initiated proceedings” to see if Thompson failed to file annual reports, as state law requires, on the animals she took in.