In two deeply personal HBO docs, one filmmaker turns his anxiety into comic gold and another tries to solve his mother’s slaying. 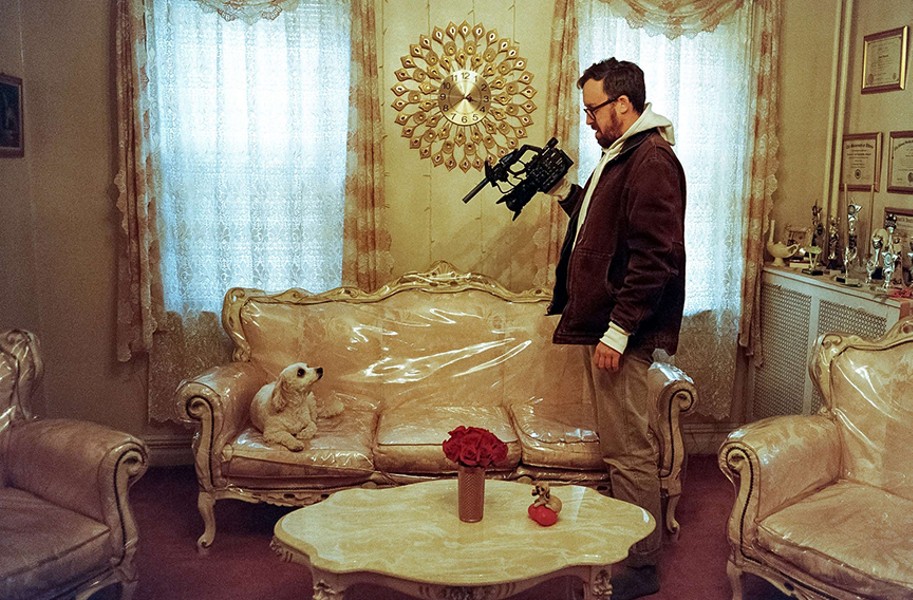 John Wilson is the writer, director and star of HBO’s hilarious new documentary series, “How To with John Wilson” which airs half-hour episodes on Fridays at 11 p.m.

If ever there was a time to have a humorous hit show, it’s 2020. And if you haven’t seen it yet, HBO’s “How to With John Wilson” is one of the funniest half hours currently on television, full of hilarious little human moments that will remind you of interacting out in the wild world of strangers.

The premise is disarmingly simple: Documentary filmmaker and self-described “anxious New Yorker” Wilson writes, directs, shoots and stars in every episode, each of which features him wandering around New York on an odyssey of cultural observation disguised as how-to lessons. Episodes range from “How to Make Small Talk” to “How to Put Up Scaffolding” or “How to Make the Perfect Risotto.”

Of course, the titles are misleading, the episodes more personal. The show feels like a quirky, obsessive podcast come to life. It works because of Wilson’s wry humor and candid, insightful narration, but also due to the show’s wildly unexpected turns. For example, episode four (“How to Cover Your Furniture”) starts out trying to prevent his cat from destroying furniture and winds up interviewing a man demonstrating his own graphic techniques to restore the foreskin of his circumcised penis. The idea behind that episode was Wilson’s questioning of things we cover or disfigure to preserve: “Maybe it just gives us the illusion of control,” he says, “as the rest of our world falls apart.” Stay for the penis guy’s manifesto song in the end credits.

The director found this style of documentary memoir after graduating from college and working for a private investigator. Large film crews made him anxious, so he started releasing his own how-to videos for free online, which caught HBO’s attention; his short films “Los Angeles Plays New York” and “The Road to Magnasanti” were official selections of the New York Film Festival in 2016 and 2017.

I was surprised to see The New York Times label this comedy “shockingly original,” though. Apparently that reviewer has never seen the classic, critically adored documentaries of feature length filmmaker Ross McElwee (“Sherman’s March”) who has been doing this kind of autobiographical documentary since back in the late 1970s. McElwee came to the James River Film Festival years ago, and if you like John Wilson, you might want to check out his stuff to see a true original – it’s not nearly as neurotic, but still full of wonderful insights and humorous, revealing narration.

A more recent HBO documentary series takes deeply personal filmmaking in a more chilling direction. Most documentarians choose their topics out of an overwhelming fascination with the subject. Madison Hamburg, the 20-something director of “Murder on Middle Beach,” pursued his eight-year film project to survive a traumatic experience. More specifically, the need to solve his own mother’s brutal killing, as well as to come to know her as an adult, as he says at the end of episode one (“Mom’s Dead”) of this addictive, four-part crime mystery series.

Hamburg was raised in a wealthy family in Madison, Connecticut. His father, Jeffrey, is a loving but controlling businessman who becomes a shadowy figure after being fired from his high-paying job as chief executive of an energy company. He begins spending more time overseas pursuing mysterious business deals and soon, Hamburg’s mother, Barbara Beach, files for divorce. Feeling abandoned, Barbara spirals into alcoholism – a family curse – recovery, and then an ill-fated pyramid scheme before the tragic day in 2010 when she is brutally killed outside of her own home, on the exact morning of a court date involving a large amount of unpaid alimony from her ex-husband.

The unsolved crime isn’t helped by a small-town police force that has its own problems with corrupt officers and bad DNA evidence. Now it’s up to Madison Hamburg, budding young filmmaker, to do his own investigative work to find out who beat his mother to death with a hammer. The catch? The suspects seem to be his closest relatives: either his father, his aunt Conway, who once tried to hire a hit man in a drunken stupor, or his sister, who has left the country for South America.

Utilizing old home videos and years of interviews and secretly recorded conversations with the police and his father, Hamburg strings together a deepening mystery that should hook viewers right away. In a strange way, the series is a coming-of-age story with Hamburg forced into adulthood at 18 by the murder, then by confronting the internal dysfunction of his shattered family, one he clearly still loves. He wants to paint a fuller picture of his lovely mother, who appears throughout as a benevolent force, but who has her own demons, as do most of the characters here – which are a big part of what make this drama so rich and compelling.

The whole thing might’ve benefited if Hamburg had added an episode that dealt with his own substance abuse when his mother died. He takes a hard look at most everyone but himself. But that may be asking too much. The director’s original quest is crucial to his own mental health, and there are many touching moments of grief that will resonate with anyone who has lost someone by violent means.

I’ve finished watching the entire series, which could’ve used a better title, one of its few missteps, but I’m not going to give away anything – it’s too good a mystery, filled with ethical dilemmas and complex, emotionally powerful moments – overall a haunting and memorable debut. Do yourself a favor: Don’t Google the crime.