The 25th anniversary run of “Les Misérables” makes its way into the Richmond Twittersphere. 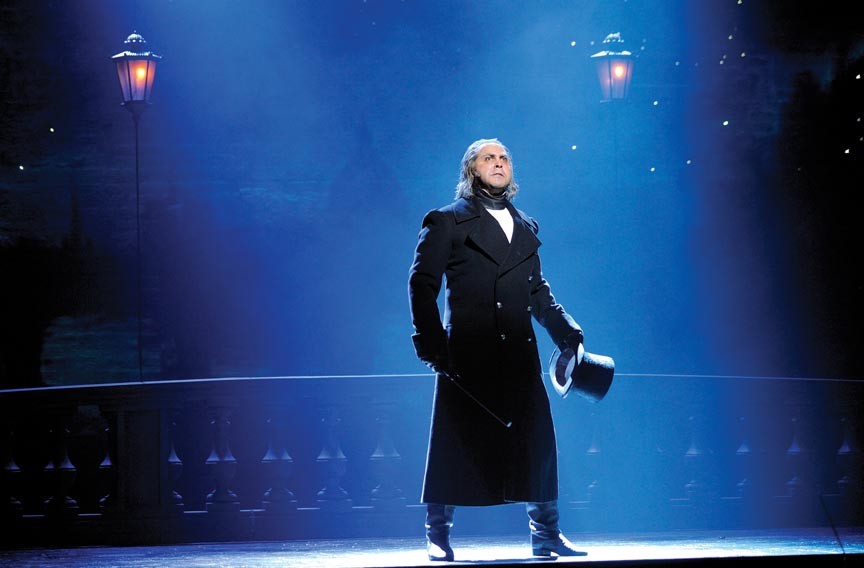 Actress Genevieve Leclerc has the pipes. If called upon, she can hit a high G, and digs deep for the emotional heft, as a theater reviewer might say, to sell Fantine's devastating lyric, "I had a dream my life would be, so different from this hell I'm living."

And so she sang away, and sang while she died, and came back to sing again before the curtain closed on the 25th anniversary run of "Les Misérables" at the Landmark Theater on Easter Sunday.

Yet despite rising from the grave, there wasn't a tweet to be found up her gauzy sleeve. Instead, just as her great love, the fugitive Jean Valjean, carried out Fantine's parental legacy, so he wielded his smartphone with courageous fervor.

When fan @ZPriceIsRight tweeted to the Broadway-seasoned actor, "Just saw @Peter_Lockyer DESTROY Valjean in Richmond," @Peter_Lockyer replied, "I like to WRECK things … Thanks!"

And don't think Valjean wasn't watching you back. "To the couple in the balcony," the actor tweeted: "You were backlit & I could see you holding hands across the aisle during The Epilogue. ThankU. Made my night!"

"Wow — so sweet — never thought of you seeing 'us,'" @northmiamigirl replied.

I'm @BCeeGee. And "Even though I haven't been writing back individually, I really appreciate all the WONDERFUL tweets. Thank you. #RichmondRocks," Briana Carlson-Goodman (Éponine) writes in a farewell.

From my row on Sunday, audience member @WonderMonkey78 tweets about the show, tagging the actor playing Énjolras, Jason Forbach: "Game of Thrones premier? Walking Dead finale? No. I'm at the final #RVA show of Les Mis."

"Thanks for coming," @jtforbach replies from backstage. "I'll be tuning in to those shows later. #dyingtofindoutwhogetskilledoff #obsessedwithwalkingdead."

@WonderMonkey78: "Why are you tweeting? Shouldn't you be singing?"