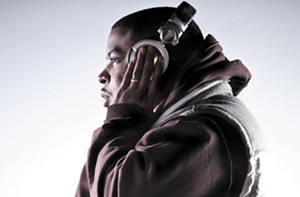 Lonnie B. is a longtime DJ in clubs and on Richmond radio station WCDX iPower92. He recently released his first app, "DJ Lonnie B," for the iPhone and Android. These are among his personal favorite songs from hip-hop's golden era of the 1990s.

"Passin' Me By," the Pharcyde: "Their voices were so different. Four guys who sound like the little rascals, over hip-hop beats."

"They Want Efx," Das Efx: "It was so elementary, but clever. They were using nursery rhyme raps, but making it sound cool."

"The Nod Factor," Mad Skillz: "That was my first time feeling like I knew somebody that was famous. I was actually one of [Richmond native] Skillz' biggest fans."

"Bonita Applebaum" (remix), A Tribe Called Quest: "It almost seemed as if Q-Tip wasn't rapping, he was just talking … having a conversation."

"The Choice Is Yours" (Revisited), Black Sheep: "The energy just goes from zero to a thousand."

"The World Is Yours," Nas: "At that time in hip-hop, Nas was really painting pictures as far as his music. I used it as motivation in my life."

"It's All About the Benjamins," Puff Daddy featuring Lil Kim, the Lox and the Notorious B.I.G.: "The Benjamins beat, it was so incredible the way it was put together."

"Triumph," the Wu-Tang Clan: "Their whole movement in the '90s was so major."

"Uptown Anthem," Naughty by Nature: "Made me just want to jump around for no reason."

"Biggie One More Chance" (Remix), the Notorious B.I.G.: "Biggie was the best at walking that thin line, dividing street and commercial hip-hop."