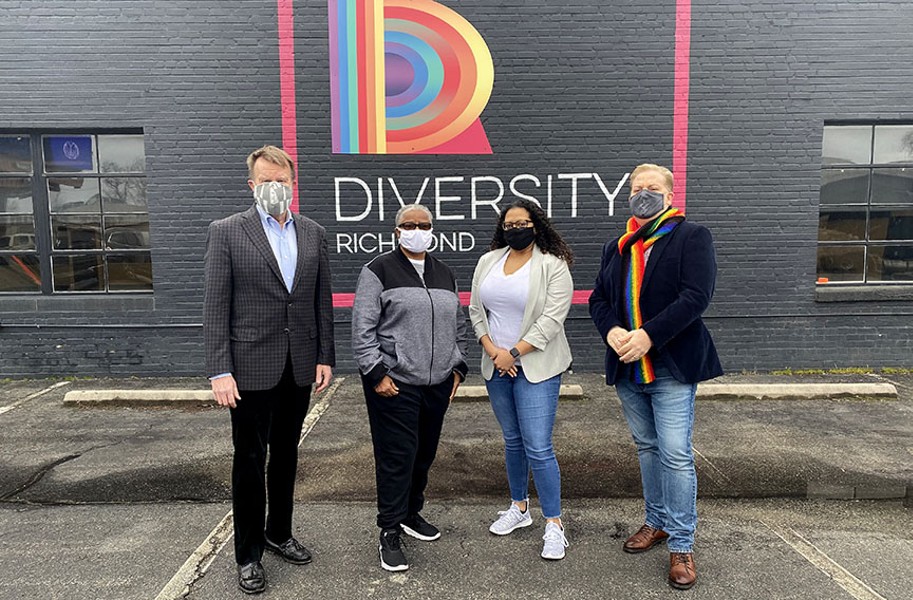 For nearly half a century, Virginia Pride has operated as an all-volunteer outlet aiming to increase awareness and foster acceptance of LGBTQ+ people across Central Virginia. While its mission won’t be changing, its capacity to fight for queer causes is about to get a boost thanks to a merger with Diversity Richmond.

“This announcement has been in the works for two years,” says Stephanie Merlo, president of Virginia Pride’s board of directors. “Since 2015, our budget has gone up by 500% and we’re doing a whole lot more advocacy as well, which has put a strain on our volunteers who run the whole organization.”

Once the paperwork is complete, Virginia Pride will officially become a program of Diversity Richmond with James Millner, the current volunteer executive director of Virginia Pride, working as a paid program manager. The advantages of the merger, however, go far beyond finally compensating one of their hardest-working members.

“We have similar missions, but we bring different strengths to the table,” says Luise “Cheezi” Farmer, chair of Diversity’s board of directors. “We have the organizational infrastructure and the money that will help Virginia Pride grow. Some folks from their board will be coming over to join ours, so we will become a stronger, more inclusive organization.”

Although both Virginia Pride and Diversity have been led by cisgender, white, gay men for decades, over the last few years its activism and charity work have increasingly centered the lived experiences and daily needs of the broader community. With queer women of color leading both organizations’ boards for the first time ever, that pivot towards greater engagement with Richmond’s Black and growing Latinx populations isn’t going anywhere.

“We are making the effort to show up and lead,” Farmer says. “You can’t talk the talk and not walk the walk. We want people to know that we’re inclusive and not just about white-male-led organizations. Diversity starts at home and you have to involve yourself in the community if you want it to grow.”

Last summer with the Black Lives Matter movement enjoying unprecedented popularity and Richmond’s streets nightly swarmed with protesters, Merlo decided it was time to show solidarity. Watching her own father violently arrested over an unpaid traffic ticket as a child, she realized early on that unequal treatment before the law is a fact of life for people of color in America.

In response, she worked with Virginia Pride, Diversity and a whole host of other local queer organizations to put together Stonewall Rising, a thousand-man march to the city’s police training academy to call for change in the way officers learn to interact with the public. The list of groups that joined the call proved nearly as long as the rows of marchers calling for justice.

“I was so hurt and bothered I wasn’t seeing a lot of support coming from the LGBTQ+ community,” Merlo says. “We as a community have faced our own challenges of discrimination and police brutality which is what the anniversary of the Stonewall riots really embodies. I hope that things change so we never have to do that again.”

Another issue upon which Virginia Pride and Diversity have grown closer in their collaboration over the past year is the pain caused by the pandemic. Lacking access to unemployment insurance and food stamps that have carried other households through, Richmond’s Latinx community has shown itself to be especially vulnerable to the coronavirus recession. With hunger on the rise, the two organizations teamed up for a series of food drives.

“Last year we provided a free week’s supply of groceries to over 1,800 families,” says Bill Harrison, president and executive director of Diversity Richmond. “The first two drives targeted local Hispanic communities as many Latinx people work in the hospitality industry, which has been hard hit by the pandemic. The third drive was open to all with over 800 families participating.”

The bounty didn’t go unappreciated. With Feed More providing 8,000 pounds of vegetables and hundreds of pounds of frozen turkeys, hams and chickens to each event, the food drives proved incredibly popular. In 2021, they expect to make the event a quarterly affair.

Until it’s safe for in-person gatherings, many of the two groups’ signature events like the Black & Bold Awards and Pride Fest will remain virtual. In the meantime, both Virginia Pride and Diversity believe the merger will help both organizations become better partners for their community and the region.

“This deal gives us the organizational structure and the financial security to know Virginia Pride is going to be around for a very long time,” Millner says. “We will continue to do the same kind of programming and advocacy work we’ve always done, so folks may not even notice the change.”