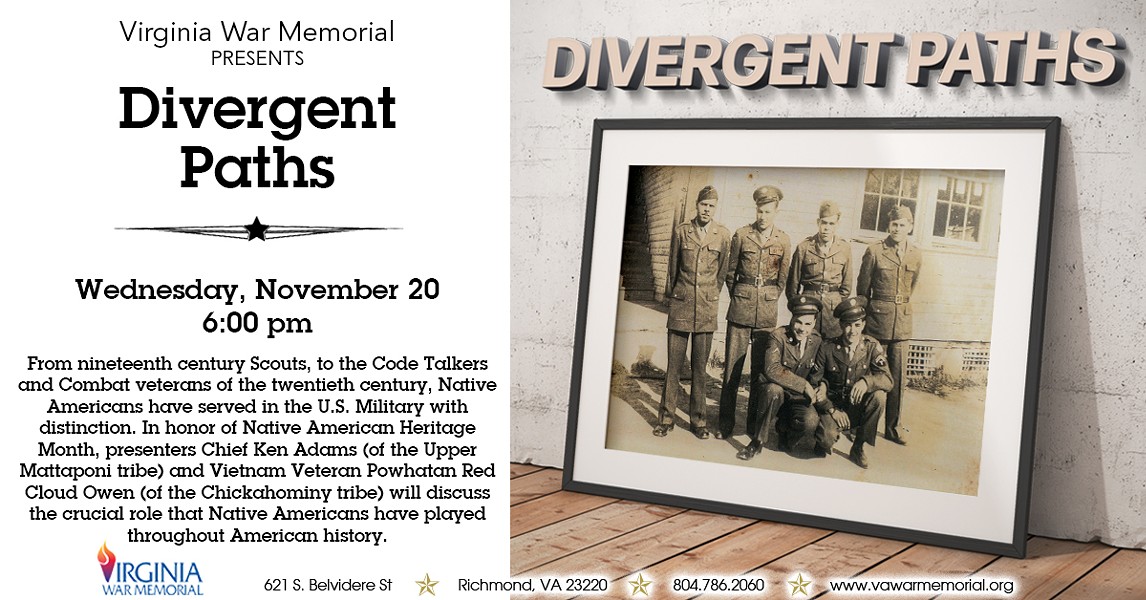 From 19th-century scouts to the code talkers and combat veterans of the 20th century, Native Americans have served in the U.S. military with distinction. In honor of Native American Heritage Month, presenters Chief Ken Adams of the Upper Mattaponi tribe and Vietnam veteran Powhatan "Red Cloud" Owen (of the Chickahominy tribe will discuss the crucial role that Native Americans have played throughout American history.