Is Richmond a "Psychic Black Hole?" This local witch thinks so. 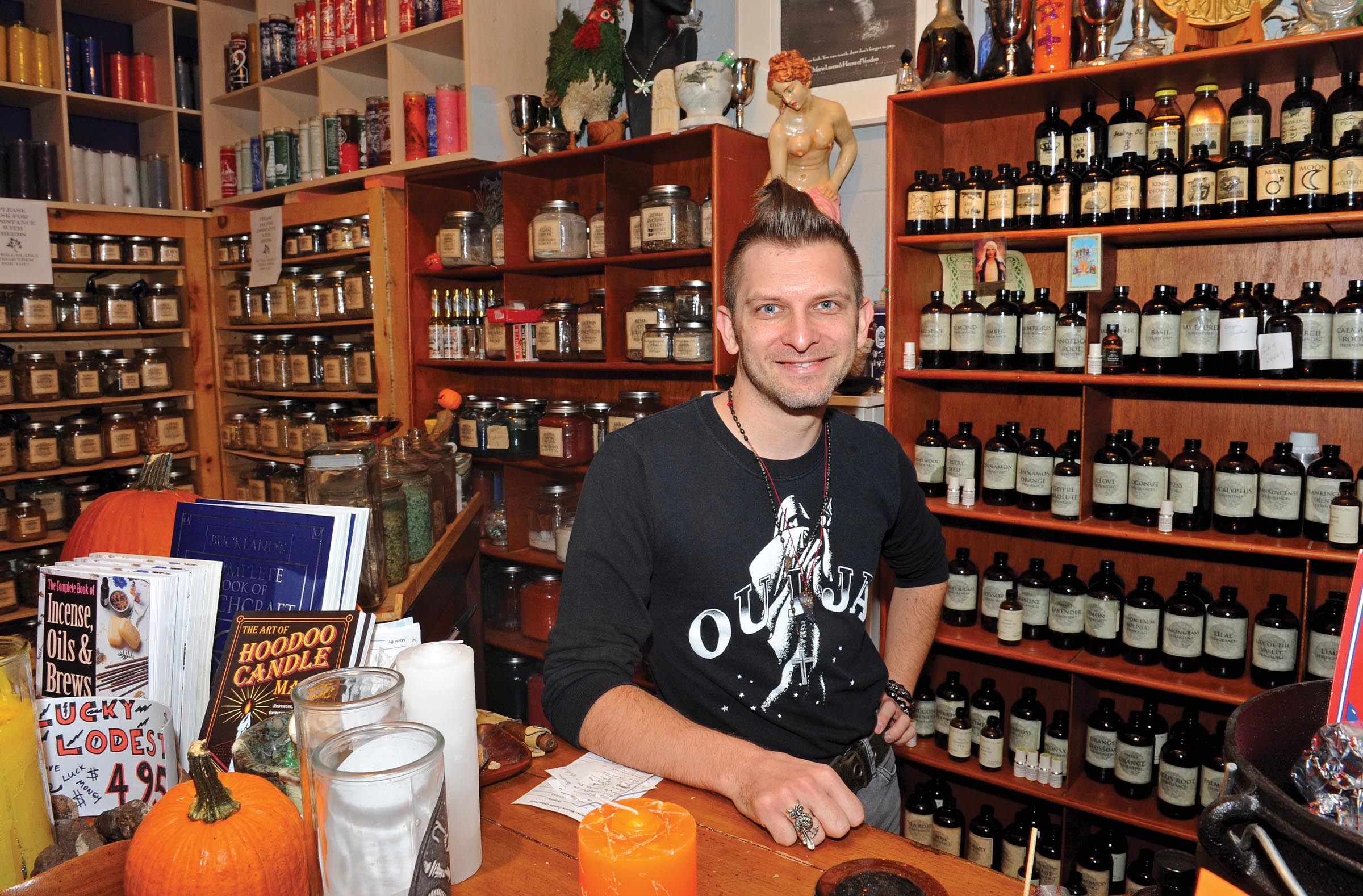 Most people would expect the Aquarian Bookshop's resident witch to be found hunched over a cauldron in the back. But Sawicki is working the register, and he has an apothecary nearby intended to help most customers who walk in. They're average folks with average problems.

"People want to sensationalize it," he adds. "It's not dark in the evil sense. You work through your own darkness to find the light within."

Sawicki has been building the Carytown shop's apothecary for about six months and teaching classes. Now that one corner is teeming with roots and herbs, he's ready to move on to other challenges. For now, that means opening an occult shop in Manhattan.

Asked if he would consider putting a spell on Richmond before flying off, Sawicki will have none of it. "Richmond is known as a psychic black hole," he says. "There's a strange harmonic when you come into the city."

He demonstrates the pitches with a soft humming sound. A proper pitch is consistent. Richmond's is wavering.

"To live in that kind of energy is depleting," he says, "and somewhat depressing."

Pennsylvania native, Sawicki has practiced witchcraft for more than 20 years from Los Angeles to London. Richmond's problems are simply too much for him, he says. The history's too bloody, and he's noticed an unwillingness among many residents to change.

"I find it kind of unsettling to be honest," Sawicki says. "The land here does need help, but it's more than one little witch can do."