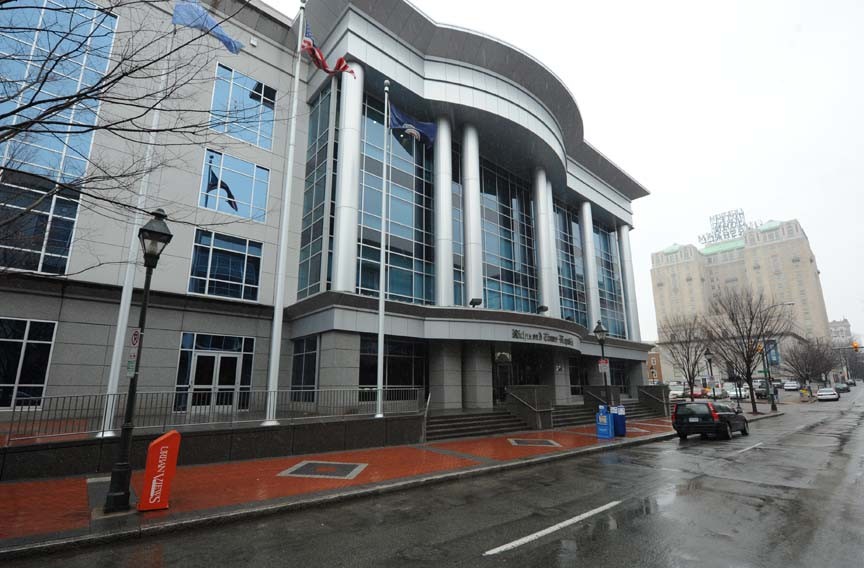 Imagine waking up one morning to find that your copy of the Richmond Times-Dispatch is a radical departure from the usual. Or imagine finding no newspaper at all.

There's a chance that something drastically different may be in store for the venerable daily newspaper that's helped define Richmond for 150 years. Parent company Media General faces unusually difficult financial problems because of a crippling debt of $663 million.

Confronting loan deadlines, incrementally tougher terms and talk of bankruptcy, the company recently begged for a short-term bridge loan. Shortly afterward it formally announced that it's putting all of its newspapers, including the Times-Dispatch, on the block.

The company reported a net loss for last year's fourth quarter of $3.3 million. Income in that quarter was $4.5 million, roughly half what it was in the fourth quarter of 2010. In Tampa Bay, Fla., Media General's most important and troubled market, the company announced in December that it was laying off 165 people, or 16 percent of its work force at its Tampa Tribune newspaper and some related units. Last fall ratings agencies Moody's and Standard & Poor's lowered the company's credit rating. And Moody's is considering another downgrade.

Bleeding red ink is a common occurrence among media companies, including the Washington Post and the New York Times. The venerable Chicago Tribune and the Philadelphia Inquirer have been in bankruptcy. And many companies have hung on by trimming staff and cutting budgets. Landmark Communications, which owns the Virginian-Pilot and Style Weekly, also has cut back on staff and a few years ago actively explored a sale.

What makes Media General's plight so acute is that it's still staggering under the debt from paying far too much for four television stations in 2006, analysts say. That year Media General paid $600 million for NBC stations in Raleigh, N.C.; Columbus, Ohio; Providence, R.I., and Birmingham, Ala. That same year it was unloading its stations in Chattanooga, Tenn., and Mason City, Iowa for $22 million and $35 million respectively — underscoring the high premium Media General paid for the four NBC stations.

Media General spokesman Ray Kozakewicz says the company doesn't respond to comments from analysts, but adds that there are some who understand the media business better than Chokshi. Buying the four NBC stations helped Media General strengthen its portfolio and the prices that it paid were "fair and reasonable," Kozakewicz says.

A recent major sale of 16 newspapers has sparked interest in Media General's print operations. The New York Times Co. was able to unload its regional newspapers, including one in Wilmington, N.C., for $150 million to Florida-based Halifax Media Group. Bank of America, the lead Media General financier, and adviser Capstone Financial have used the New York Times examples to prod Media General to sell off its newspapers to get a better deal on future financing, Chokshi says. He puts the chances of a sale at "better than 50-50" and says he believes the company could get $70 million by selling its print units.

In a Feb. 22 letter to employees, Morton said that some newspapers recently were sold at higher prices than had been seen in years and that this had renewed Media General's interest in a similar sale. And Media General officials have said they've been asked about selling their newspapers over the years. Besides the Richmond paper and metro dailies in Winston Salem, N.C., and Tampa, the company has about 44 smaller and community newspapers in five states. It has a large presence in Virginia, owning newspapers in Charlottesville, Lynchburg, Danville, Bristol and various community papers including four in the Richmond suburbs.

It isn't clear whether the newspapers would be sold together or in pieces. The thinking seems to be that if there's a sale, the papers will purchased as a block, with some later being sold off by the new owner. Chokshi says that potential buyers could include Halifax, conservative Colorado billionaire Phillip Anschutz, the Daily Journal Corp. of Los Angeles and A.H. Belo Corp. of Dallas.

Another uncertainty is Media General's managerial succession plan. Morton is 66 years old, and company Chairman J. Stewart Bryan, the scion of the family who controls 85 percent of the company's B shares of stock that aren't publicly traded, is 73. No successors for either man have been identified. O. Reid Ashe, onetime Media General president and former Tampa Tribune publisher, had been suggested as an heir apparent, but he recently retired. Kozakewicz says Media General has a succession plan but declined to offer details other than to say that Morton "has not indicated when he will retire."

Media General's plight has caught the attention of people in the state's news business. "We are watching it closely," says Ginger Stanley, executive director of the Virginia Press Association. Small newspaper sales have occurred fairly frequently, but there hasn't been a large metropolitan daily sale since the Chicago Tribune company bought the Daily Press in Newport News in 1986, she says.

Chokshi thinks that if Media General unloads its newspapers, the more profitable broadcasting division suddenly might become worth more and thus be sold as well. One hurdle comes when the current bridge loan runs out and Media General must renegotiate $363 million of bank term debt that's due in March 2013. The company also has $300 million in notes that will mature in 2017. Meanwhile, the company's stock has risen from about $4 a share a month ago to about $5.80 a share now — a clear sign that something's bubbling on Franklin Street. S

Peter Galuszka, a contributing editor for Style Weekly, is a former bureau chief and editor for BusinessWeek and a former reporter for the Virginian-Pilot and the Richmond Times-Dispatch. He also was formerly executive editor of Virginia Business, which once was owned by Media General.