Packing up and shipping out: A museum closes down its landmark exhibit. 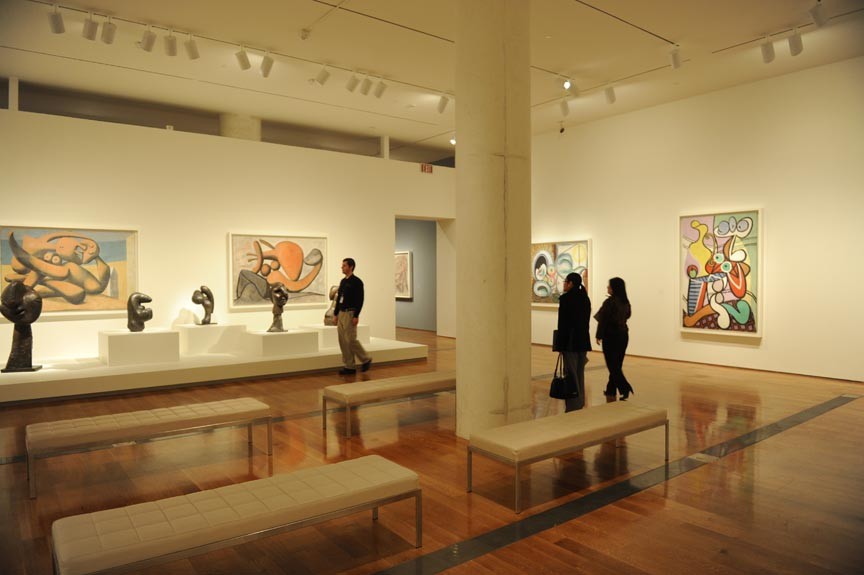 Neither do his handlers and escorts.

As Richmond prepares to bid farewell to the Virginia Museum of Fine Arts' Picasso exhibit, which closes May 15, the museum will begin the elaborate ritual of dismantling the exhibit and sending it to its next destination, the de Young Museum in San Francisco.

The thick contract the VMFA signed with the Musee National Picasso, which owns the works, provides a glimpse of what's required to put on — and take down — a show on the scale of Picasso. The specifics of security are kept "at utmost confidentiality," the contract says, but a few details are revealed.

While in transit, the works can't be left alone for an instant. They need to be accompanied at all times by an escort from the Musée National staff. These escorts came with the work from the Seattle Art Museum to Richmond, supervised the unpacking and watched the hanging of the pieces. Now they will oversee the dismantling of the exhibition.

The museum paid for the escorts' airfare (business class), as well as their hotel stays (four-star, with breakfast) and their per diems (150 euros per day, or about $223).

It also paid for transporting the pieces from Seattle to Richmond; now the Fine Art Museums of San Francisco will pay to bring them to the de Young Museum, where the Picasso show opens June 11. The two museums are sharing half the costs of sending Picasso to an Australian venue. The Virginia Museum is also required to pay for shipping the works on paper back to Paris, because they're too fragile to be displayed any longer.

Throughout the exhibit, the museum had to "precisely respect" the conditions imposed by the Musée National, including a temperature of 20 degrees Celsius, not to deviate by more than 2 degrees, and a relative humidity of 50 percent. The museum had to send these measurements to Paris twice a month for inspection.

Because of the prohibitive cost of insuring a show like the Picasso exhibit, the works are insured by the federal government's arts and artifacts indemnity program. This allows coverage for a single exhibition for as much as $1.2 billion.

How much is the entire Picasso exhibit worth? That's hard to say; the museum redacted the appraised values from a contract obtained by Style Weekly through the Freedom of Information Act. Several of Picasso's originals rank among the highest-priced paintings in the world. Last year, his "Nu au Plateau de Sculpteur" sold for $106.5 million. The Musée National exhibit includes 92 original paintings and sculptures, 32 drawings and 40 prints.

Haven't seen Picasso yet? For procrastinators, the museum will stay open until midnight on Friday, May 13, and Saturday, May 14. S