Time was when teachers and school administrators had to concern themselves with the possibility of children cheating on tests. Nowadays it's the other way around. 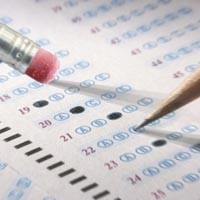 “It is easier to build strong children than to repair broken men.”
— Frederick Douglass

Discrimination against minorities in education — and the misidentification and disproportionate shunting of minority children into special-education classes — is nothing new. There's plenty of objective research on the decades-old, still-virulent and vengeful practice to show that it's contrary to the greater good of society.

Perhaps the worst example of this questionable practice is happening right here in the Richmond Public Schools. The city school system's jaw-dropping 32-percent graduation rate for children with disabilities and the identification of 20 percent of African-American children as disabled should be considered a critical educational crisis.

School districts and criminal justice systems from Boston to Los Angeles, Detroit to Dallas, and all points in between can attest to the high cost this practice exacts financially and morally. It's the harsh bigotry of diminished expectations.

In this era of Standards of Learning tests and No Child Left Behind regulations, lawyer John R. Butcher and I recently examined data obtained from the Virginia Department of Education to see how the kids are doing. Our research shows a dramatic surge statewide in the identification of children labeled as disabled and in Virginia's use of alternative assessments to the SOLs to test these children.

The possible ramifications are serious.

Time was when teachers and school administrators had to concern themselves with the possibility of children cheating on tests. Nowadays it's the other way around. It's not difficult to see why many people consider this dramatic increase in overidentification and misidentification of some children as requiring special education as cheating on the tests.

Children deemed in need of special education are eligible to take less-rigorous versions of the SOLs. Of particular concern is the way children from third grade to middle school are being tested feverishly under alternative assessments for children with disabilities, but hardly at all under the high-school versions of the programs.

Under federal pressure, the Richmond schools reduced the number of alternative tests for kids with significant cognitive disabilities by 57 percent in three years. Plainly, most of those children had been misclassified.

What makes the situation especially offensive in Richmond is that this discrimination is being doled out primarily by black educators against black children. Consider: Richmond has classified 28 percent of its black male pupils as disabled compared with 22 percent statewide, with the peer jurisdictions of Hampton, Newport News and Norfolk reporting in the 19- to 21-percent range.

The educators on the front line in our community — and most especially the administrators on the 17th floor of City Hall — don't seem to understand that the minute they slap a special-ed label on a primarily low-income minority youth or throw a child out of school for being disrespectful or defiant — they're making a direct deposit in the cradle-to-prison pipeline.

Because officials at the Richmond Public Schools and the Virginia Department of Education say they see nothing wrong with what they're doing, we must make them stop. One way or another, educators must cease and desist hurting children by marginalizing the sometimes difficult ones and criminalizing normal childhood behaviors simply because those educators lack the educational expertise or resources to do their jobs properly.

Common sense ought to prevail. But until Superintendent Yvonne W. Brandon declares no tolerance for staff members who attempt to game the system by grossly misidentifying vast numbers of children as disabled, we'll continue to lay waste the hopes and dreams of children as well as drive out the good teachers and principals.

Until Brandon chooses to aggressively address excessive suspension rates — policies that punish, rather than show children better ways of becoming positive members of society — we're going to continue to feed children to the death-dealing influences of street life and to the criminal justice system.

This is a problem that's languished for years. If anything, the high stakes and sobering statistics in the city and throughout the state should inspire Gov. Tim Kaine and key legislators to ask that the Virginia Department of Education intervene and institute reforms.

When the U.S. Department of Education recently found a disproportionate number of pupils being identified as disabled in 101 Virginia school districts, the state Department of Education merely asked school districts to review their own data. Afterward, with no independent investigation, state officials declared that there wasn't a problem. Kaine needs to ask why the state didn't launch its own investigation.

Schools are hurting these children in profound ways. Being mislabeled as disabled affects a child's sense of self and can create lifelong distrust and anger.

In the short run, such overidentification and misidentification reduces the accuracy that's supposed to derive from standardized testing. That reduces the possibility that policy makers can reach informed and wise decisions that will help improve public education. If the data are faulty, how can the conclusion be accurate? And, if the schools' problems are intentionally disguised and distorted, how can we expect to fix them?

Add to this distortion the significant problem that special education costs, on average, 1.6 times more per pupil than regular education. That means the dramatic increase of children labeled with disabilities reduces the amount of money available for the children with bona fide disabilities and for other nondisabled children.

Brandon, the majority of the members of the Richmond School Board and state education officials refuse to even acknowledge there is a problem that needs to be corrected. Let us hope the governor and key legislators will act on behalf of our children. S

Carol A.O. Wolf served on the Richmond School Board from 2002-2008 and blogs on educational and disability rights issues at http://saveourschools-getrealrichmond.blogspot.com.