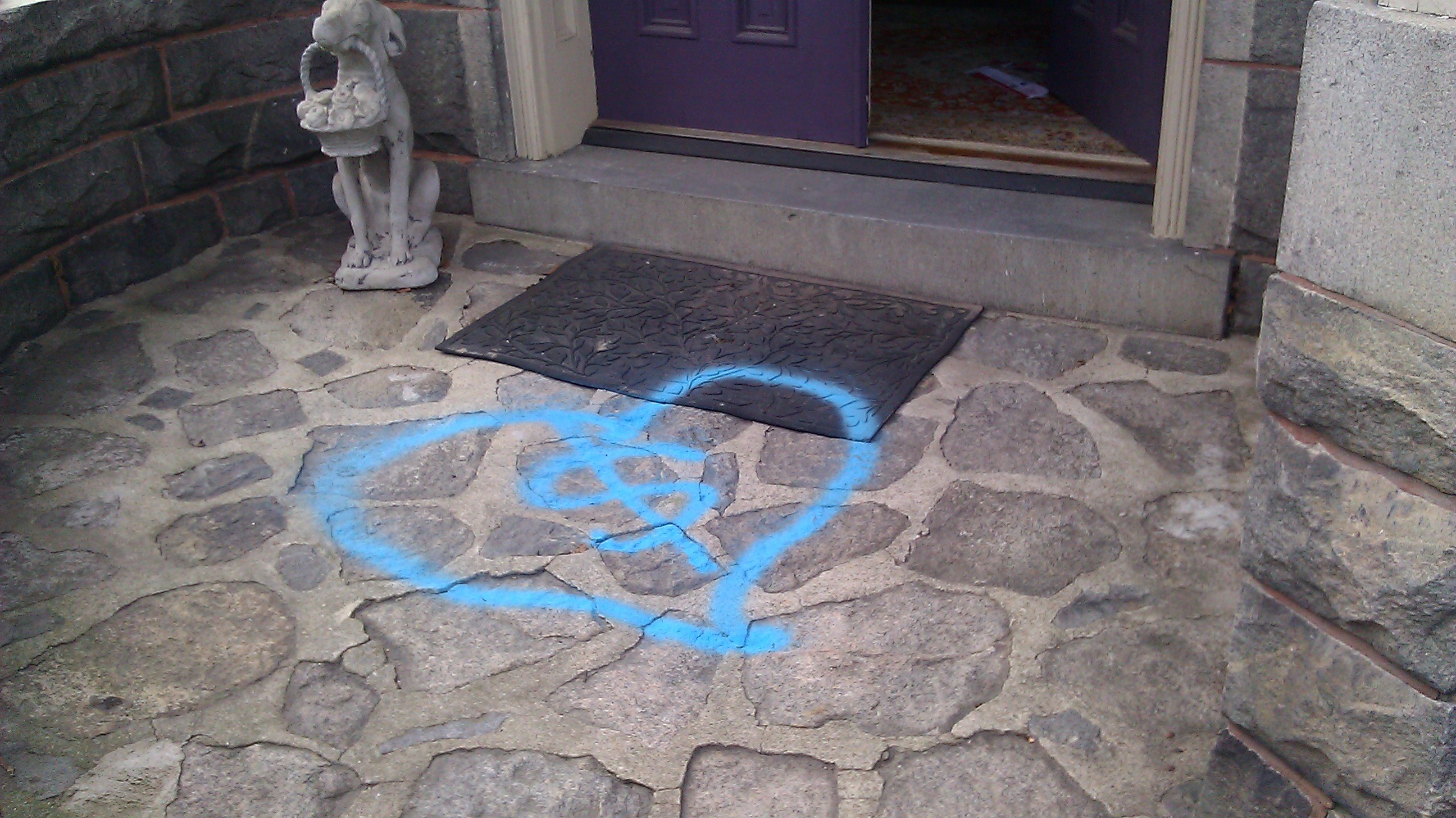 Cryptic notes. Painted dollar signs. Dirty socks in a puddle of paint. All of them done right under the noses of security guards.

Strange things have been happening every week at the Museum District home of well-known real-estate agent Jeanne Bridgforth — and she has no idea why. "I'm getting freaked out by this," she says.

It started Feb. 10, when Bridgforth opened her front door to get the mail and saw food wrappers and cigarette butts strewn on the porch. On the door was a note with her initials on the front. "Then, it just said, 'All you need is love,'" Bridgforth says — and "$orry."

A week later, Bridgforth found that someone had spray-painted a bright green heart with a dollar sign on her front porch. She reported the incident to the police, and the city's graffiti cleanup crew came to remove the paint.

It happened again the following week. Bridgforth opened the door to find the letters "X U 2 2" spray painted in blue, with white powder sprinkled over the stone. She thinks it's flour, but police are examining it. Bridgforth also noticed something missing from her yard: a 200-pound, castiron planter, worth about $1,500.

The vandal changed tactics March 1. Bridgforth says she found a pile of gym socks, one painted with a dollar sign, with a "big trail of white, gooey mess going from my porch all the way to my sidewalk." She thinks it's paint.

It's gotten to the point where Bridgforth peeks out an upstairs window before she opens her front door, she says: "It's just absolutely horrifying."

Although Bridgforth's house is directly across the street from the Virginia Museum of Fine Arts, only one security guard has reported seeing anything suspicious: a couple dragging Bridgforth's trash can down the alley March 1 around 6 a.m., "huddling like they were carrying something."

Richmond police are investigating, spokesman James Mercante says, and authorities have a suspect in mind whom they believe is connected with other vandalism incidents. In the first two months of the year there have been 24 reported cases of property destruction or vandalism in the Museum District.